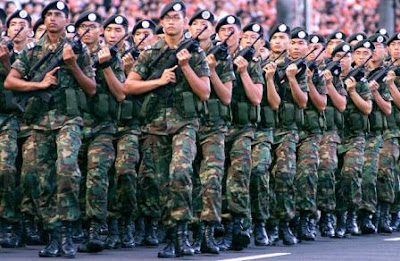 On July 27th, the FEMA National Level Exercise began here in the United States. Most people do not know anything about NLE 09. As a matter of fact, except for my sister who is “in-the-know”, I did not bump across a single person that had any idea about this exercise.

This is the largest FEMA Military Exercise EVER!

HOW DEEP IS OUR IGNORANCE

To give you an example of just how deep our ignorance is, I spoke with a learned man from my day job. When I described this exercise to him he was very perplexed and said, “FEMA? FEMA is for emergency stuff like hurricanes.”

At that point I had to explain that FEMA is much, much more than that. FEMA is a military arm of Homeland Security. (Sounds very Gestapo like) FEMA, with the assistance of NorthCOM (the new military command located IN THE U.S. for military actions IN THE U.S.), is the leader of the FOREIGN military forces from the United Nations and U.S. military and law enforcement personnel who are charged with the responsibility of restoring ORDER in case of an emergency. But we must be careful how we define “restoring order” and “emergency”. This is the grey area that has led many into a false sense of security thinking “Ahh this is okay”. This is NOT OKAY. 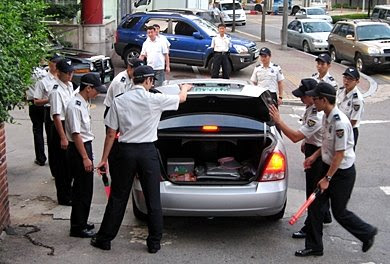 Remember that FEMA “locked up” the people in the 9th WARD during Katrina. They “contained” them. They did door-to-door illegal weapons confiscations and built barb-wire protected check points around the locality keeping people IN – NOT LEAVING ANYONE OUT! There is footage on Youtube of Shepard Smith and Geraldo Rivera at Katrina. Shepard says over and over that “the people are just NOT getting any help”. At one point he looks over the side of a dark bridge and refers to soldiers at fenced in checkpoints containing the people NOT LETTING ANYONE LEAVE. He broke down in tears. Both he and Geraldo did at one point. Both of them point out the little babies crying in people’s arms.

Get ready folks, this is just the early warning sign.
This is the beginning of tears.


FEMA incarcerates people. Contains them. That is their JOB. Period. And they accomplish this with all the technological military might of the U.S. government with the help of United Nations foreign troops that will not think twice about shooting you during Marshal Law. This is why there are over 1,000 FEMA concentration camps already built AND STAFFED in the U.S. (search it)

National Level Exercise 2009 is specifically to prepare the military arm of FEMA for a large scale terrorist attack that includes the institution of Marshal Law in the U.S. They admit to that for the most part. However the researcher is aware that the 2007 John Warner Defense Authorizations Act defines the events requiring such Marshal Law to be nothing less than CIVIL UNREST that either incapacitates local law enforcement or 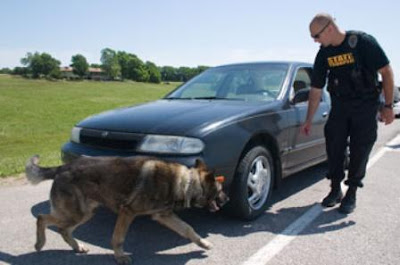 hinders the use of personal freedoms (paraphrased). Such a loose definition suggests the use of Marshal Law in a local area at any given time is highly likely. NLE 09 (National Level Exercise 09) is to practice coordinating local and foreign U.N. troops in a “national level” drill for the purpose of “containing” the American people – period. FEMA and Homeland security have made it abundantly clear their greatest concern is the civil population of the U.S. They are practicing to contain US. You and I. Our children. Give them the slightest reason they will arrest and incarcerate you. And please do not forget they have concentration camps up and running, waiting for your arrival.

Let’s examine what is actually going on thus far.

As everyone here knows, I am not a member of any of the patriot groups. My focus is to help people understand this is the beginning of the Tribulation period and that Christians will be persecuted in all of this. What is truly troubling (understatement) is the make-up of these patriot groups. 98% of these people are outstanding citizens. Learned, hard working. Many are those that participated in the Tax Tea Parties. Dad’s and Mom’s that care about America. They lead people in groups to unite and use peaceful protests to inform others that we are losing our Constitutional rights. Their only hope is that someone in our Congress will wake up and join forces to restore the U.S. Bill of Rights to what it used to be. They do not want to be pulled over at a routine checkpoint, surrounded with German Shepherds and soldiers with M16s, and have their car torn apart on the side of the highway for no reason. I could not agree more!

BUT THE OTHER 2% ARE SERIOUS MILITARISTIC FIGHTERS

If the 2% of the patriot groups that are truly militaristic get freaked out and start shooting people, this exercise will GO LIVE!! Go live means that this seemingly invisible force of U.N. troops and U.S. military shift gears from DRILL to full implementation of Marshal Law. No more practice.

One radio station in the Texas area reported that their Emergency Notification service did an unannounced “test” yesterday. Evidently the announcement said it was a “CIVIL UNREST” Emergency test. FEMA is anticipating the likeliness of an emergency associated with “CIVIL UNREST’. And I can assure you that civil unrest is considered the number one threat to those with the weapons. 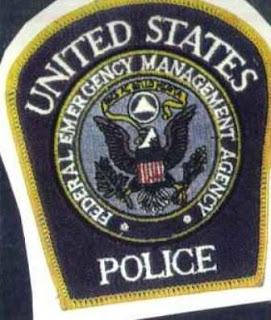 Even more concerning is a report from an Emergency Management person of “cadets in training” Evidently a large room in their complex was filled with more than 200 of these “cadets” in military uniforms being trained. The report said that since the local government did not have the funding to pay these “cadets” full time, they were recruiting, training, arming and outfitting these “cadets” to be on-call for a forthcoming National Emergency. It was implied that this training was for an event that was expected to happen. This was not simply a “just-in-case” situation. I cannot confirm this other than I heard this person’s testimony.

Do I believe the NLE 09 exercise will GO LIVE? No idea. Do I believe Marshal Law will be instituted somewhere in the U.S. in the near future? Absolutely. Do I believe innocent people will be shot by foreign and domestic troops? You bet. Do I think most Americans will have any idea this is going on? No. We may hear that there is a “civil unrest” emergency in such and such a place but I am sure they will not hear that people are being thrown into the concentration camps. 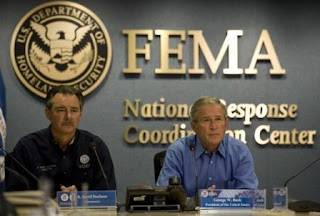 The American people, a small percentage of those who PAY ATTENTION, will find out about all this from the Soldiers on Leave! JUST LIKE the Germany population found out about their prison camps. Via WORD OF MOUTH. If it weren’t for the good German soldiers that told their families of the horrors in a whisper it is unlikely anyone in Germany would have known. Certainly not if Hitler had his way.

GOD BLESS YOU AND GOD BLESS THE REMNANTS OF THIS COUNTRY

A PRAYER FOR THE U.S.
Pray this with me.
“Dear Lord Almighty, who was, and is, and is to come. Forgive us, the people of this country for all the sins we have committed or knew of and did nothing about. Forgive us for sitting back and letting our Congress push through laws to kill millions of babies. (Forgive ME). Forgive us for being ignorant and passively responsible for other people’s suffering. Dear LORD, in Jesus name, we pray you will provide us “Passover Protection” from the forthcoming forces of evil. We pray you will protect our families and warn us of danger in advance. We petition you in the Name of Yeshua, to trip up the enemy and protect your bride. We love you Lord and walk in FAITH. In Jesus name protect us all with your ARMOR every day we walk in this Tribulation. AMEN” 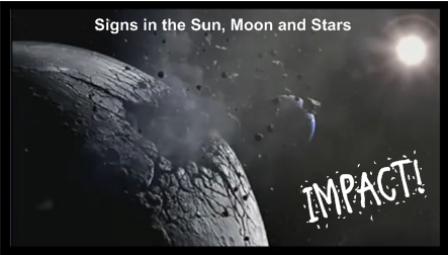