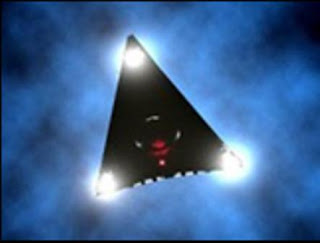 I’m sure by now you have seen all the articles on forthcoming UFO disclosures.  Frankly there are so many of them it makes you wonder if something isn’t up.  When you realize that all the major news outlets are run by “Satan’s army”, something just isn’t adding up.

But just in case, I have a big pot of water on the stove for my Pennsylvania Dutch Style CROW STEW!

What I’m getting at is that we have all see the occasional UFO reports here and there.  Those are to be expected.  But how do you explain more than one report of average significance being heavily marketed on virtually every Illuminati owned mind control media spin factory in the world all at the same time?  Now THAT fact to me is even more significant than the reports themselves.  While everyone else is excited about the forthcoming “DISCLOSURE” … I instead wonder “What are THEY up too?”

==>  U.S. NUCLEAR WEAPONS HAVE BEEN COMPROMISED BY UNIDENTIFIED AERIAL OBJECTS

This one is so utterly ridiculous I am surprised they let him make this nonsense public.  I guess as Glenn Beck was saying over the last couple days, “they” really DO think we are a bunch of “Homer Simpsons”.  I imagine if you lived the life of an earthly king looking at the world from the back seat of your limousine or through your castle windows, it might be possible to actually get that impression.  Surely you don’t think there are these families out there discussing if baptism of aliens is a noble cause do you?  Could our minds have been eroded that far already?  What percentage of “mankind” do you think actually consider this article to be valid?

Now this one seems a bit more interesting.  Never-the-less it smacks of “them” considering us to be pretty naive.  Surely this disclosure isn’t going to include a “movie scene” with the words “Take Me to Your Leader” is it?  I find this entire notion frustrating.

In fact, when I think about the entire scope of this alien-demon lie, and the fact that “they” have signed treaties with these “things” and are performing mutilations and experiments in DUMBs with these things, etc., etc, frankly this whole “take me to your leader” crap makes me pretty angry.  How terrible it is that hardly anyone realizes the scope of this problem.  The utter HORROR happening behind the scenes.

Last night was the second episode of the NBC television show “The Event”.  Now once I get past the fact they chose that hospital administrator from E.R. to play the part of the “alien leader” I guess it might pan out to be an interesting show.  But again for those of us who know what is “really” happening behind the scenes, this is upsetting.

It’s bad enough we had to endure the ABC mini-series “V” a while back, complete with Reptilians hidden inside of human skin, the global announcement in multiple languages, the “apostasy” of the Christian faith, and the lying wonders of seemingly supernatural healings through cosmic technologies, BUT now we get to see a painfully slow series of drama based lies unfold about how super friendly these “human looking” aliens are and how we have kept them in captivity all this time.

If my hunch is correct, we will discover some AMAZING THINGS these human looking aliens will be able to do for us “under privileged” earthlings.

Frankly I wonder why the Federation of Light didn’t BEAM THEM UP.

Never mind we don’t keep the “humanoid” versions in captivity to the best of my knowledge.  In fact those varieties pretty much come and go as they please.  You probably work with one at your job (or maybe that’s a hybrid – who knows).

Dont’ forget, the Reptilians are in charge.  The Greys work under the Reptilians.  And according the Maximilian De Lafayette, the Pleiadians (human looking Nordic types) take their orders from the Greys / Reptilians.

Why am I not surprised, in the ranks of the utter evil, the meanest and UGLIEST ONES are in charge?

Black Triangular UFOs Being Seen and Shot Down

Okay … now what in the world is going on with these Black Triangular UFO’s?  Yes I know these are identical looking to the TR3-Bs’.  Yes I am fully aware of the history of the earth made anti-gravitational UFO’s of “Stan Deyo” fame and the whole connection to Nazi Germany etc.  Yes I am familiar with the Federation of Light claims that these “anti-gravitational” earth made UFO’s are plentiful and are actually trying to shuttle evil people away from the earth and start all kinds of havoc in the upper atmosphere.

But what makes me scratch my head is why are there several articles floating around about the U.S. Military shooting down these Black Triangular UFOs?  And WHY are they being seen everywhere all of a sudden.

If these UFOs are TR3-Bs then wouldn’t they cost like a BILLION dollars to make (or more – maybe even like 10 Billion)?  And since when does ANYONE shoot down a 10 Billion dollar Black Ops Top Secret space craft?  I was under the impression that the “Black Ops” folks were pretty much running the show.  Aren’t these the guys that “consort” with the Reptilians in the Combat Control Centers down inside the DUMBs?  I really don’t think anyone from the U.S. Military would have the RANK necessary to tell someone to “shoot down” a Black Ops owned anti-gravity space buggy.

These are unmanned ships and they are shooting them down to “set us up” for a controlled LYING disclosure.

This one is arguably the most suspicious of them all.  Why you say?  Well because it is the most well publicized and the most potentially credible.  Every single news outlet of any consequence has released a story about this (just like the United Nations story).  This includes a special episode of Larry King Live complete with interviews of the “whistle blowers”.

There are probably more but thus far I have seen reports from:

The list goes on and on.  Even Alex Jones published an article on the U.N. “take me to your leader” deal the other day.

So let’s examine this situation briefly.  First you have a story that has been around for a very long time.  In fact I just ordered the book by Hastings entitled “UFOs and Nukes” here:

This stuff is some pretty old news.

And correct me if I am wrong but all these guys didn’t work together their entire careers right?  In fact, some of them never ever worked together .. right?  So how is it that all these guys are suddenly 1) well funded, 2) getting press from all the major media, 3) got together, coordinated their stories, and are 4) making an official disclosure on the official date of October 13, 2010 to 5) the PRESS CLUB?

Why is it that all of a sudden this is possible?  How many thousands of credible military and uniformed officers have tried to disclose their accounts of UFO sightings and events and have been KYBASHED?   Think about this?  This is HUGE.

Now this one may be just another one of those “no shows” we have all seen so much of in the past.  In fact this entire agenda of UFO events (spoken of in this article) could all add up to another hill of “hooey”.  But I must admit I do find this “alert” most interesting considering the timing of these other events all so close together.  The only thing that gets me is this 18 hour alert deal.  I mean … 18 hours are almost over since the original leak occurred yesterday.  Right?  So why bother to mention it?

On the other hand, the military has a funny way of mentioning a “time frame” and then changing or extending it.  I mean after all we were supposed to be out of Iraq like … when?  Never mind.

Anyway you can see for yourself.  Here is the write up on Morning Liberty.

Evidently there are additional confirmations coming in even today.

One of the reasons I will usually wait before making any comments on these news reports is because I am a suspicious kind’a guy.  I always think these “entities” are “up to no good”.  After all … they are demons … right?  Like I said if God kicked them out of Heaven, I dont’ care if they are “inter-dimensional” or “inter-planetary” they are (in my book) —-

So this means that NOTHING they say can be trusted EVER.

I dont’ care if one of them did co-star on E.R. as a hospital administrator.

WATCH AND PRAY
TRUST ONLY THE LORD YOUR GOD AND HIS SON JESUS CHRIST
TIME IS SHORT – REPENT OF YOUR SINS, MAKE CHANGES IN YOUR LIFE NOW
ESTABLISH A MEANINGFUL RELATIONSHIP WITH JESUS RIGHT AWAY
PRAISE HIM ALL DAY LONG
PRAISE IS KING
JESUS IS KING

… and most of all