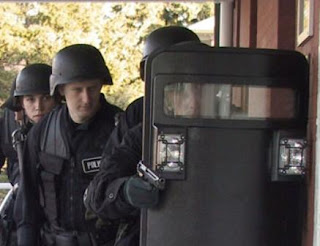 The Noose is Yanked!
The Ugly is About to Begin

Most of the regular readers of Tribulation-Now know that I’m not one to parrot other news stories very often.  However this recent passing of the S. 510 “Food Safety” Bill is most unsettling.  (hint: that’s a euphemism, I am pissed as HELL).  I read an article a couple years ago that the “reptiles” (my choice of words by the way) in the CFR (Council on Foreign Relations) were extremely frustrated because the government system in the United States was hindering global takeover progress.  No kidding.  That’s exactly what it was designed to do.  But at this point there is little hope that even the “hindering” is going to do any good any more.

Anyone want to bet on if Obama is going to sign the Bill into Law?  Never mind.

Just the other day, it was global “alternative media” news headlines that a microphone was left on in the U.S. Senate and a Senator was overheard stating that the voting on this bill was RIGGED.  When I heard that I just wanted to jump out of my skin in frustration.   Rigged?  Rigged?  Are you kidding ME??  RIGGED?  It’s one hell of a LOT WORSE THAN JUST BEING “RIGGED”.   What a pathetic excuse for a feeble wake up call that was.

Anyone who is advanced enough in this intel, knows this is just a small part of a really huge “end times” Luciferian onslaught that is going to get super ugly really fast.

But I cannot help but allow THIS ISSUE to anger me.  Why?  Well because deep down inside I have this tiny little hope that I might somehow get out of Florida and escape to a country location in the North and live off the LAND!  I know I wrote an article entitled “Its Time to Pick the Beans” that addressed this issue, but no matter what you can’t help have hope sometimes anyway.

I DO believe the Lord will provide.  But I also know that it “rains on the just and the unjust” too.
A paradox … you bet.

YOUR WILL BE DONE HEAVENLY FATHER

(funny, just the other day my sister was telling me she believes we will eventually all stand around a half-empty pot of soup, holding hands and praying, and the pot will become full … and you know what? … I BELIEVE THAT WITH ALL MY HEART!)

As expected, the Senate today voted in favor of the S-510 FDA Food Safety Modernization Act in nearly the exact same proportion of votes (73 yea, 25 nay, and 2 not voting) as they had voted for Cloture on this bill on November 17, 2010 (74 yea, 24 nay, and 2 not voting). I suggested that this would be the likely Senate vote shakedown in passing this bill in my November 18 posting, and sure enough, the Senatorial Sell-outs must have “voted their conscience.”

The rats in the House who previously passed their version of this nightmare have already agreed today to accept the Senate S-510 version as the final version of the bill to be sent to the Indonesian Imposter’s desk for his fraudulent and constitutionally ineligible signature. The articles I’ve been reading at mainstream propaganda news outlets are naturally hailing this bill as a “long needed reform” and other similar ringing Tavistock propaganda shibboleths.

I’ve included a couple of articles further below which illustrate the cooing and heralding of glad tidings surrounding the great benefits and “safety” enhancements that will flow from this Wondrous Thing passed today in the Senate Sell-out Salon.

Joy! We will no longer be plagued by E-coil contaminated spinach which was accidentally-on-purpose contaminated with sewer water (which should NEVER be used for crop irrigation in any event) in order to create the pretext for passing a a food ‘safety’ bill in the first place.

Note: See the Article link above for the complete list of Senators who voted in favor of passing this bill.

Update:
Since the story first broke, a lot has happened. One reason for this could be that food is being poisoned. Collecting rainwater is now illegal in many states. Your intake is being controlled. For more information, visit the following articles as well:

Why do people in America refuse to take active interest in their future?

S 510, the Food Safety Modernization Act of 2010, may be the most dangerous bill in the history of the US. It is to our food what the bailout was to our economy, only we can live without money.

“If accepted [S 510] would preclude the public’s right to grow, own, trade, transport, share, feed and eat each and every food that nature makes. It will become the most offensive authority against the cultivation, trade and consumption of food and agricultural products of one’s choice. It will be unconstitutional and contrary to natural law or, if you like, the will of God.” ~Dr. Shiv Chopra, Canada Health whistleblower

(For the full article on this horror see here: http://www.infowars.com/senate-bill-s510-makes-it-illegal-to-grow-share-trade-or-sell-homegrown-food/)

Summary in Jesus Name
Hang in there everyone.  Times are definitely going to get super dark here in the future.  Praise the Lord in ALL THINGS.  I take NOTHING for granted any more.  I never take a shower without praising God for the hot water.  I hardly ever shove a spoon full of food in my (sinfully over-fed) mouth without thanking Jesus for that bite.

DO NOT WAIT UNTIL YOU ARE STARVING TO PRAISE GOD FOR YOUR BLESSINGS
THAT IS AN INSULT TO YOUR FATHER
HANG TOUGH IN JESUS NAME
ENJOY THIS HOLIDAY LIKE IT WILL BE YOUR LAST
LOVE, GIVE, HUG, AND LAUGH
AND PRAISE JESUS IN ALL THINGS
AMEN 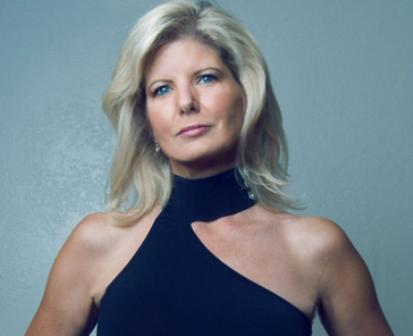 0 3917
Colleen Thomas, The Pleiadians are Liars!