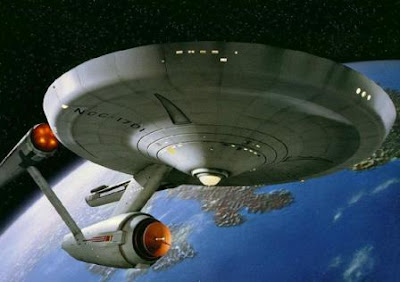 The “Horrible Star” predicted in the earth prophecy 2 Esdras 15 is well within Star Sector 7.  Star Fleet Command has warned of impending wars from the Dracos System.  An encrypted communications has been intercepted.  It appears the Klingon’s may have covertly attended the Nicean Council of earth year 325 A.D and removed critical information from the Holy Scripture.  Moreover the 1611 King James was pillaged to remove the earth prophecy of the Books of Esdras.  The population of earth is in peril and the church leadership is caught unaware.
Star Fleet Command has ordered all Holy Messenger Ships to proceed immediately to Star Sector 7 in the defense of our fellow trapped “Sons of God”.  It has been reported that Dagon warriors are already cutting a deal with the governments of the earth to seek protection in Deep Underground Military Bases.
Earth communications have been corrupted and infiltrated.  Warnings have been issued for the enemy combatants to seek shelter from the fall out and impact from the Horrible Star.  Intercepted communications indicate that an earth news outlet called “CNN” has begun to release false information of a “Brown Dwarf” entering the solar system, but fails to warn the earth’s population of its proximity to earth and the imminent threat.
Many Legions of “Sons of God Holy Messengers” have been sent to earth to attempt warning communications through prophetic dreams, visions and other signs.
The Heavenly Back Office of the Almighty God, Ya va El, has been placed on FULL ALERT.
War is Imminent
– Yeshua Jesus King and Commander of “Operation Redemption“

The Indiana Planet X Photograph
Yesterday I released to the Tribulation-Now email list an amazing picture of the “Horrible Star”.  Indeed the arrival of this threat to planet earth has taken a front row seat for many.
Here is that photograph. 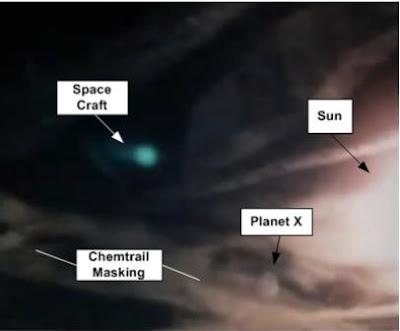 The presenters of this You Tube video and photographers of this picture are Jesus filled believers.  Indeed they even ask themselves if they may be found worthy to be the Bride of Jesus Christ and “escape these things”.  They correctly point out the possibility this blue colored object (in this photo, marked “space craft”) could be the arrival of “Sons of God Messengers” following this “Dark Star”.  Maybe they are correct.  They point out that one of these “craft” is in the shape of a cross.
There are volumes of You Tube videos these approaching “UFOs” out there.  The description of these “objects” is “all over the map”.  Take your pick.  For more information on these approaching objects that “seem” to be tracking this “Horrible Star” search Google with “3 UFOs Heading for Earth”.
And to watch this excellent video of the believers in Indiana go here:
http://www.youtube.com/watch?v=4TvUz6s-7nI
The Earth Moves Under Our Feet and the Sky is Tumbling Down
It seems to me that the “Sons of God Holy Messengers” are out in full force.  There are all kinds of warnings coming from the Jesus filled masses.  Not from the churches you see, but from the “sheep” that are seeking God with all their heart. 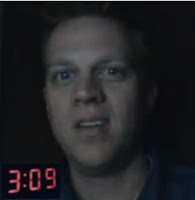 Here you see the “freaked out face” of a Jesus filled believer that has had something utterly astonishing happen to him.  He was concerned about all the reports coming in about a pending “Pole Shift” from the approach of this “Horrible Star”.
So instead of asking his pastor, it seems he took the matter in prayer to the Lord in the middle of the night.  He asked God to reveal to him what was going on with these warnings of a “Pole Shift”.
He reports that at the exact moment of his petition to the Lord, his clock radio immediate sprang to life and started to play the Carol King song with the words ….
” I feel the Earth, Move, Under My Feet, I feel the Sky Tumbling Down, Tumbling Down”
The time on the clock was precisely 3:09 AM.
Could this mean March 9th?
To view this awesome warning from our commander in chief, see the You Tube video here:
http://www.youtube.com/watch?v=Yf3Wy5wO_Ss
333, 333, 333 What’s Up with 333?
The Lord seems to be sending people all sorts of messages.  Jonathan Kleck went through a number of hours where he kept seeing 333.  One of Tribulation-Now’s key contributors Dorien from Australia, has pointed out some remarkable information about the sequence of the numbers 333.

Another interesting post from the blog I send you:


1. Jesus lived in the world for 33 years and exact 3 month (from Christmas to Passover using the Jewish Calendar of the year that Jesus was born).


2. It was said that Jesus was on the cross for three hours.


3. After three days, he arisen again.


4. Jesus was one of the THREE persons on the cross. The other two (i.e. 2/3 ) representing sinful human beings. One of them believed Jesus and get saved. The other didn’t.


5. Of prophecies in the Old Testament, 333 texts deal with the promised Messiah. I think this is a good way to prove Jesus is the Messiah. I was “astonished” and “happy” to see these connections. I think finding your connection with 333 just means getting the connection between you and Jesus. What a wonderful thing it is!

And I believe it was 3 hours that the sky turned dark after Jesus said “It is Finished”.  Hmmm.

And WHAT’S UP with Bono and the Band U2.  Sure seems to me they KNOW SOMETHING.  Lookey here: 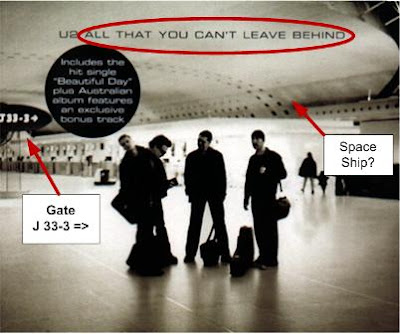 All That You CAN’T Leave Behind?

So what’s up with that funky title anyway?  And why in the world would there be a Gate named Gate “J” with the number 33-3?  And LOOK its pointing to the RIGHT.  Why?  What do they know?  What is going on here?

Surely you don’t suspect this is what they meant … DO YOU?

33 And He will set the sheep on His right hand, but the goats on the left. 34 Then the King will say to those on His right hand, ‘Come, you blessed of My Father, inherit the kingdom prepared for you from the foundation of the world:

Maybe its time to pack our bags full of “All That You Can’t Leave Behind”.  I wonder what that means?  Maybe it’s time to make sure our bags are packed with plenty of Matthew 25 Wise Virgin Oil of the Holy Spirit.  Maybe its time to DROP EVERYTHING and seek the Baptism of the Holy Spirit with all our hearts.  Maybe we should get a baby sitter for the night, close our homes, turn off our cell phones, and

BAPTIZE ME IN THE HOLY SPIRIT!!
Or maybe you can just watch Fox News, Glenn Beck and American Idol.

Evaluate Your Priorities in Jesus Name


HOLY HOLY HOLY,
IS THE LORD GOD ALMIGHTY
PRAISE YOU JESUS CHRIST
YESHUA KING OF KINGS
WE LOVE YOU WITH ALL OUR HEARTS
BAPTIZE US ALL
WITH YOUR
SPIRIT OF FIRE!!