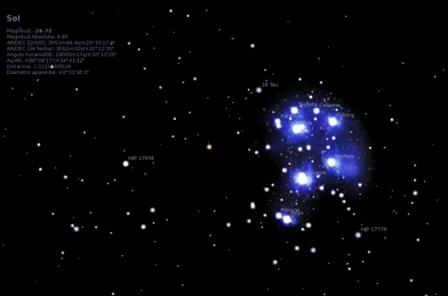 The following is a brief compilation of data derived from a You Tube video that found its way into my email inbox, Praise Jesus.  I have added some additional information to supplement the overall message.  Hopefully by now you are aware of the season.  The clock is quietly ticking.   The snare is about to “snap”.

The following You Tube video provides the primary source for this most troubling series of “coincidental” events / data points.   For those who cannot view You Tube videos I am expanding on the content somewhat in the below write up.

Nostradamus Quatrains on May Earthquake

[X 67] A mighty earthquake in the month of May.
Saturn, Capricorn, Jupiter, Mercury in Taurus: 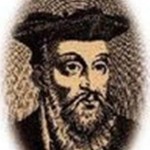 [IX 83] Sun twentieth of Taurus the earth will tremble very mightily.
It will ruin the great heater filled:
To darken and trouble air, sky and land
Then the infidel will call upon God and saints.

While researching the other video,  I found this one from a different channel further confirming these alignments.  This video includes the additional conjunction (alignment) of the Pleiades Star System on precisely the same date.

Another Tribulation-Now contributor sent in this video expanding upon the Solar Eclipse that is to occur on May 20th, 2012 (God bless you Jeff).  Evidently this is referred to as the “Serpent’s Eclipse”.  Keep in mind this is not only an alignment of the earth, moon, and Sun – but the Pleiades Star System also aligns simultaneously from behind the Sun (from the far reaches of the heavens) at precisely the same time.

The Coincidental Alignment of the Mysterious Red X

During this “Serpent’s” eclipse, the shadow of the moon will be aligned over the earth such 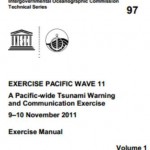 that the center will be directly over the mysterious Google Earth RED X location supposedly leaked by NASA last year in the file named byss.arc.nasa 11133.kml.   In 2011 this was mistakenly assumed to be an Elenin impact point.  It was also “coincidentally” the exact location of the Exercise Pacific Wave 11 tsunami drill.
The image here below shows the impact map documented in the UNESCO tsunami drill-scenario paperwork.  This event was reported to be one of the largest tsunami drills in history.

Note the source of the tsunami wave in this graphic.  This is near the tip of the Aleutian Islands chain and coincidentally where the mysterious “Red X” appears on Google Earth when using the “NASA” file (see image below). 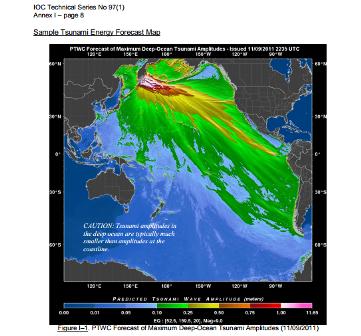 And here below is a graphic from the original You Tube video above showing how the moon’s shadow (during the “Serpent’s” eclipse) is directly overhead of this mysterious “Red X”.

Reportedly there is a Mayan prophecy called “The Return of the Jaguar Serpent” depicting some ominous events that may be unfolding about that same time. 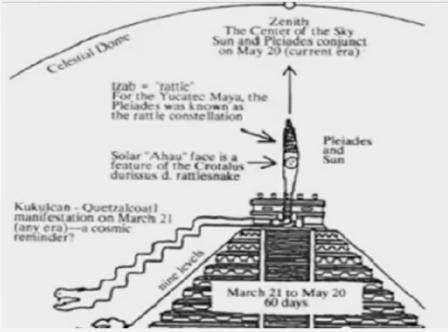 Here you will note the graphic depicts …

The Mayan lore predicts that after a global earthquake, the “new men of knowledge” will return to earth to usher in a global government  (New World Order).

Here is a short video clip of Jaime Maussan, UFO researcher, presenting the results of their collective analysis of a crop circle formation that appears to indicate the Mesoamerican feathered serpent “star god” diety Quetzalcoatl may possibly return in May of 2012.

Also is the Mayan End Date Predicted as May 20th in the Crop Circles?

Then while researching this information I “coincidentally” spot this fellow’s video based warning.  This You Tube video is of a gentleman who was given a vivid dream of at least one, possibly more, massive earthquakes around or about May 26th of 2012.  What’s REALLY fascinating about this “coincidence” is that he says the date may not be precise AND that the video was posted in June of 2010.

And here you see a video of a French psychic testifying that he sees an alien invasion occurring in the year 2012 (among a vast number of other astonishing predictions that evidently came true).

Debunking Ancient Aliens and the Creation of Man

This show DEBUNKS once and for all, the deception promulgated by the lying

Annunaki (Sumerian “gods”, otherwise known as fallen-angel-demons) and explaining how these “experts”  inaccurately hypothesize these Sumerian “gods” created the true Adam and Eve, while unwittingly helping them deceive mankind into believing that “they” (the Annunaki) are our creators (see 2 Thess. 2:11b “lie”). 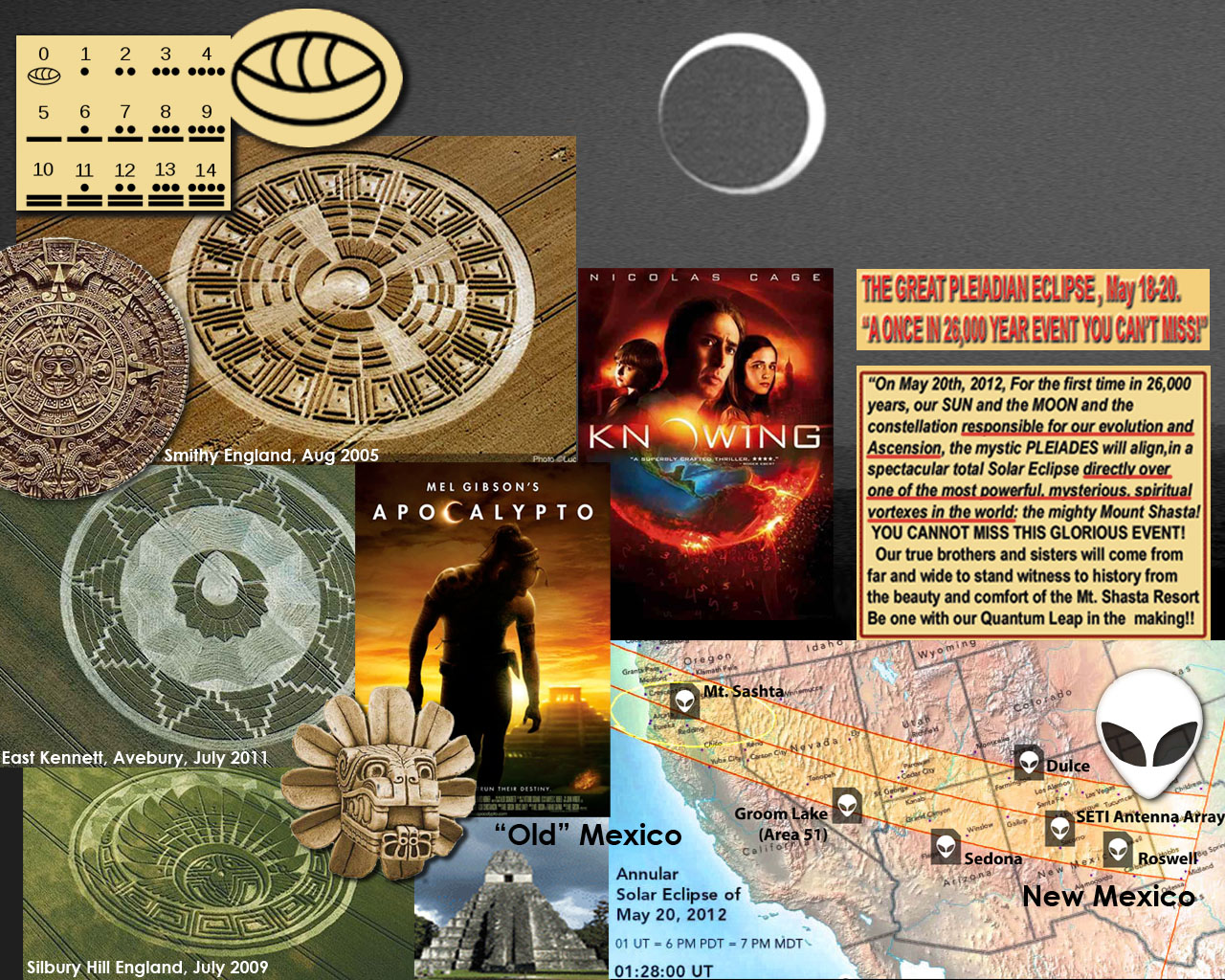 Join Kenneth, John and Cathy in the chat room while we hammer home the key indicators of a possible May 20, 2012 Megaquake. We will also discuss a number of other hot headlines and concerns while we continue to prepare ourselves in repentance and holiness for the forthcoming rescue mission. 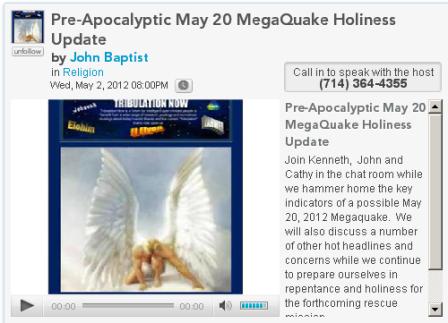 The Sumerian “gods” Are Returning

And here is one of my personal favorite testimonies from our awesome brother in Christ, Stan Deyo of Millennium Ark (www.standeyo.com) speaking on a radio show and sharing “insider information” that sources in the Pentagon of the United States are eventually expecting the return of the Sumerian “gods” (also known as the Annunaki).

The Counting of the Omer is in Progress

We are currently in the period between Passover and Shavuot.  Shavuot is when Moses revealed the Torah to the ancient Hebrews.  Shavuot, which occurs on May 26/27 this year, also happens at the same time as Pentecost.   This is from a Hebrew prayer book, known as a Siddur.

LOOK at what it says.  This is amazing. 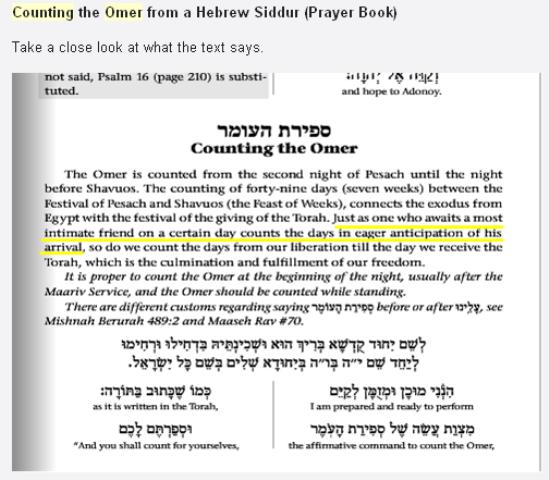 Pentecost is an exciting date to watch for Jesus to come back for his Bride because “just prior” to Pentecost, Jesus went UP TO HEAVEN and sent back the Holy Spirit.  In essence, when Jesus comes to get the Bride, the Holy Spirit will be returning to Heaven as well.

2 Thess 2:7-8
Only He who now restrains will do so until He is taken out of the way.
NKJV

And just a few verses prior it says …

2 Thess 2:3
Let no one deceive you by any means; for that Day will not come unless the falling away [ e.g. the Outbound Departure of the Bride to Heaven]  comes first,
NKJV

While there is no possible way for me to attest to the legitimacy of any of these claims, there is no question those who are anxiously awaiting the return of Jesus Christ for his “spotless” Bride, are ON ALERT!

Please take the time to read the last 4 – 6 articles posted here on Tribulation-Now and consider joining us for our radio shows Wednesday and Sunday nights at 8PM ET.  Please prepare yourself in repentance and holiness and REMAIN READY at all times.

REPENT AND PREPARE THE WAY
for the
COMING OF THE LORD 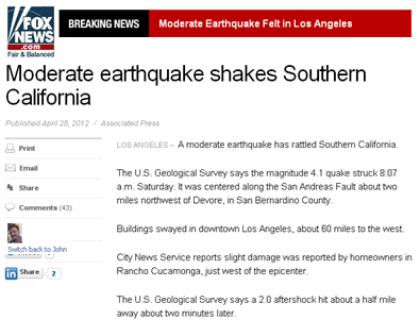 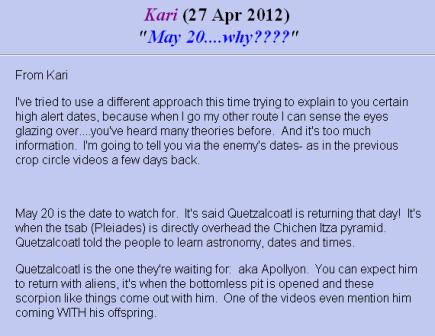 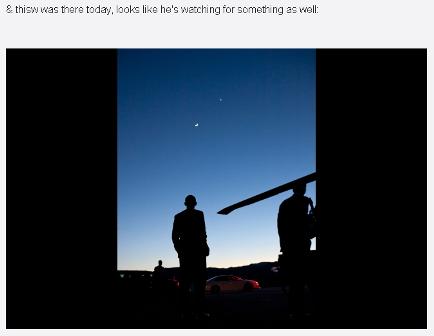 Here is another One Sent in from Lone

Here is another One Sent in from Chris

Folks things are looking well … not so good for the Month of May.  Please be ready.  God Bless You.

Here’s another One Sent in From Trish and Roger

(Its dated, but it’s still valid … might be a warning about a nuclear event, or something slightly less horrific)

This One “Just In” from Bogdan in Russia – God Bless You Brother!

25 thoughts on “May 20th MegaQuake Syzygy”