“THINGS ARE NOT AS THEY SEEM”

For there shall arise false christs and false prophets and shall show great signs and wonders, insomuch that, if it were possible, they shall deceive the very elect. (and leaders) Matt. 24:24

Behold, I send you forth as sheep in the midst of wolves: be ye therefore wise as serpents, and harmless as doves. Matt. 10:16

(I realize that there are differing views on these things, but I ask that we listen to what the Holy Spirit is saying at this time, and not be swayed by our own opinions. We need to be on our guard like at no other time in history. It is so easy to be deceived. Keep your eyes open. Amen.)

Several times now the Lord has said this to me:

“Things are not as they seem. There are lies spreading everywhere. You will be left defenseless America, for you are not prepared and ready for what is coming. Everything has been set-up for show, and this man in office now, will do as he pleases. Be careful to not follow the crowd. For I have said that if possible, the very elect could be deceived.

There are things being arranged; there are adjustments being made. One can go through all of the motions to “seem right,” but in the end it becomes a self-serving principle.

I say that the enemy has clouded many of your vision. I say, be as wise as a serpent. Don’t follow the crowd but follow after Me. “

blessing on those who have prayed.     A Reward for his faithful, and just punishment for those disobedient.  Ample warning has been given to amend your ways and your doings.   Great deception sweeps the nations.   Men following men instead of God.    Men asking ungodly men for answers to Godly questions, seeking wisdom and knowledge from men having none.    Why do you labor, following men who preach false doctrine and lies?     You have been sent the Holy Spirit as teacher and guide. You need no other.   You have lost your way, floundering in the darkness of deception. Those who do not open their eyes and ears to my ways will perish for lack of knowledge.     No Earthly man can save you or teach you my ways. Behold I AM Coming on a cloud with thunder and lightening. 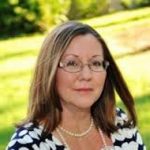 I have told you the work of My Kingdom is to bring in this final harvest of souls.  You may find these souls on the pews at your local church, or singing in the choir. They are in your men’s clubs and women’s clubs, performing good works. Some may speak My Name, but have no belief in Me.

Lost souls are all around you, My children, not just where you think they are. They themselves may believe they are not lost, but read My Word and the distinction will become clear to you.

All is not as it appears to be, and time is very short now, for wicked men plot in ways that will bring destruction like nothing ever seen before on the earth, and many thousands of souls will be lost in one day as their plot unfolds.

Do the work now, My children, for though the world around you appears normal, it is anything but, and behind the scenes, destruction has been unleashed. Soon, fire will rage through your cities, bombs will fall, and your world will never be the same again.

I Have Already Opened the First Seal

Those with understanding know this truth
Godshealer7

Daughter, speak this message.  Prophesy to the multitude, for I see

many asleep.  This is not the time to slumber.  These are dangerous, perilous times.   As was written, the foolish virgins are busy spreading lies and false stories to the sheep.  Not called, they in turn repeat these stories, and pass along false information, lies, to anyone seeking a sign or word of knowledge. This will remove all hope and faith.  Children, you must endure many trials.  You will see tribulation.  Do not be deceived by liars and sorcerers.  Test all spirits.   My Word is Truth.   The time is later than worldly men and scholars believe.   I have heard and seen their lies with My own ears and eyes!   You now must discern the truth.   The seals as opened will create great quakes on your earth.  This is the truth.    I have already opened the first seal.   Those having wisdom, knowledge and understanding know this truth.