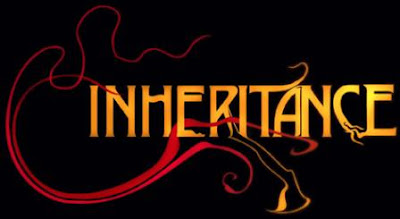 The Kingdom, Power & Glory Who Are the Overcomers?

“He that overcometh shall inherit all things, and I will be his God, and he shall be my son.” (Revelation 21:7)

Before we go further in our series on The Kingdom, Power and Glory, it’s important we again visit the topic of “overcoming,” as we stress this subject so often throughout these articles.

The Greek word “to overcome” is nikao (Strong’s #3528), which means “victory over hostile powers”; to subdue some-thing or to prevail over something. Suffice it to say, an over-comer is a conqueror, a winner or a victor. This victory has as its foundation the victory already won by Jesus Christ. He is the real conqueror, winner and true overcomer! Thus, the only way we can become overcomers ourselves is when we yield everything to Him and allow Him to conquer, subdue and prevail through us!

Overcomers are those faithful and obedient Christians who not only “talk” about doing the will of God, but who actually “do” it. As Matthew 7:21 says, “Not every one that saith unto Me, ‘Lord, Lord,’ shall enter into the Kingdom of Heaven; but he that doeth the will of My Father which is in heaven.’” By doing God’s will, these believers are able to overcome the world, the flesh and the devil.

NOTE: Again, we want to make something absolutely clear. When we speak of “overcomers,” we are not talking about those who are “perfect” or “religious” or “good.” We are not talking about a special class of Christians. We’re talking about those believers who simply recognize their choices, confess them, and then choose to turn around and go God’s way! As an example, I received a letter yesterday from an inmate in prison who shared, “This book has made me aware of every negative choice I make. And I now know what to do to get back right with God.” Because this precious man is now recognizing his negative choices, repenting of them and choosing to turn around and do what God wants, he is an overcomer. And, if he as a prisoner can become an overcomer, then any of us can!

Remember David in the Old Testament? He too was an overcomer, and yet remember all the ways he blew it! The New Testament, however, calls him, “a man after God’s own heart.” Why? Because David knew how to confess his sin, how to turn around from following it and then how to go God’s way. This is the kind of “overcomer” we are talking about in these articles.

So, overcomers are not “perfect,” nor are they believers who “have it all together.” An overcomer is just a regular guy—but someone who has learned to choose God’s way. In our opinion, these “down to earth” believers are often more faithful over-comers than the most popular Christian TV personalities, writers and speakers. God knows our hearts and He knows which is which. Bottom line is: God is the real overcomer. And, we become overcomers only by repenting of our ways and choosing His.

Why Is Being an Overcomer So Important?

Okay, why make such a big deal about being an overcomer?

Because the Bible teaches we must learn to be overcomers in order to inherit the Millennial Kingdom and possibly rule and reign with Christ. Again, all Christians will enter the Millennial Kingdom, be “with Christ” and have eternal life. (John 14:3; John 3:16) But only the “faithful overcomers”—the ones who have fulfilled the “conditions” set down by God in His Word—will inherit and possibly rule in that kingdom.

Some of those conditions are Romans 8:17 and 2 Timothy 2:12, which both say, if we don’t suffer with Him, we will not be joint-heirs and reign with Him. (“Suffering” in this context simply is the result of “denying ourselves” and choosing to follow Him. When we bar ourselves from following what we want, feel and desire, it hurts and we do suffer.) Another condition is given in Matthew 24:45-47 which says, if we are not faithful, He will not make us rulers over all His goods. And, finally, there’s James 2:5 which tells us that if we don’t love Him, we won’t be heirs of the kingdom. (Be sure to see many other Scriptures that validate this in the endnote.1)

Consequently, there’s a difference between simply entering the Millennial Kingdom and being a “subject” there (which all believers will do) and actually inheriting that kingdom and being a “sovereign” there (which only the faithful overcomers will do). All born-again believers will enter, but only the over-coming Christians will rule and reign. The deciding factor is “how” we live our lives here and now. This life is the training ground. And this is why learning to become an overcomer is so very important.

The Message of Overcoming

The answer is twofold: It’s not so much that the Body of Christ doesn’t want to be overcomers. They do! It’s just that 1) many don’t want to give up their fleshly ways to follow Christ wholeheartedly; and 2) many of us have not been taught “how” to become an overcomer.

In the first part of the 19th century, the theology that we all must become an overcomer in order to reign in the Millennial Kingdom was taught, treasured and applied. Now, a hundred years later, this message has been so watered down that it has been replaced with a more liberal approach—that all believers will rule and reign with Christ. As a result, much “leaven” has been allowed to creep into the church and topics such as “over-coming,” “inheriting” and “ruling and reigning in the Kingdom of Heaven” have been neglected. These subjects have been avoided because: 1) they are very controversial; 2) they are divisive and can be fearful; and, 3) they don’t fill the pews like “messages of grace” do. As a result, these truths have become a foreign subject to a many, causing us to miss out on one of the most central messages of the entire Gospel.

Scripture exhorts every believer to become an overcomer so we might have positions of authority in the coming kingdom. In Revelation 3:21 for example, Jesus says, “To him that overcometh will I grant to set with Me in My throne, even as I also overcame, and am set down with My Father in His throne.” What a glorious promise.

The Bema Seat Judgment at the end of this dispensation will reveal man’s response to this call. Some Christians will be shown to have overcome the world, the flesh and the devil and to have produced wonderful works of righteousness by the Holy Spirit. Others, however, will show that the world, the flesh and the devil overcame them. And, consequently, no “fruit” was produced.

As we said, the inherent thought in the word “overcome” is to be a conqueror or victorious in a contest or conflict. Over-comers are those conquerors and those winners who have successfully run the race of faith and conquered the numerous obstacles encountered along the way. Overcomers are believers for whom special rewards are offered. (But again, these believers are not perfect, religious or good, they are just ordinary Christians who have made continuing “faith choices,” regardless of how they feel.)

Remember, we can only be “overcomers” because Christ lives in us. He is the true overcomer! (Romans 8:37) But, He can only overcome through us when we “choose” to surrender our “flesh” (go to the Cross) and then let His Life come forth. Un-fortunately, there is no middle road. We will either let Him overcome the world, the flesh and the devil through us (by be-ing “filled with the Spirit”), or we will be overcome by the same (because we have “quenched the Spirit”). There’s no such thing as being “half-filled”!

Promises to the Overcomers

They will be clothed in white (Revelation 3:5a).

They will be granted power over the nations (Revelation 2:26).

They will enjoy the tree of life (Revelation 2:7).

They will not be subject to spiritual death (Revelation 2:11).

Their names will be acknowledged by Christ (Revelation 3:5b).

They will be fed out of the hidden manna (Revelation 2:17a).

They will have a white stone with their name on it (Revelation 2:17b).

Christ will write His own Name upon them (Revelation 3:12b).

They will sit with Christ on His Throne (Revelation 3:21).

All of the above promises are Millennial in scope. These blessings clearly reveal that overcomers not only will enter the kingdom, but they also will have positions of significance there.

“He that overcometh shall inherit all things and I will be his God and he shall be My son.” (Revelation 21:7)