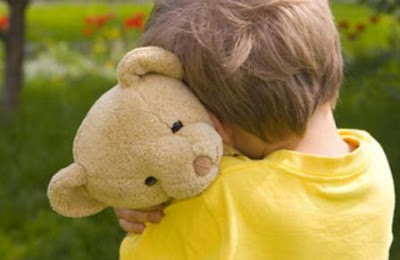 YOU CAN COME
But Don’t Bring that Teddy Bear!

Most people, particularly “Christians”,  believe they have everything figured out pretty good.

I’ve had people close to me tell me things like, “we know you are afraid” and then send me Bible verses about peace and trusting in God.  There is a big difference between fear and Godly duty. I have plenty of peace.  But I also have a duty to do what God wants me to do and if that is to find a way to save my family and be in a place where I can help them (even if they won’t leave with me) then that is what I have to “try” to do … somehow.

What About the Dogs?

If we are evacuated then the dogs will die. My precious wife will be a basket case and balling like a baby.  I am marginally fine (under the circumstances) with the dogs having to “go”.  But I have a duty to “try” and save my wife’s “teddy bears”.  Those teddy bears give her comfort.  I love her.  I am trying to do whatever it takes to make sure she is happy and comfortable in dark times even if it cost me my LIFE!

If you had to run away, YOU TOO, would make sure your baby had their teddy bear to take along for comfort.

Its one thing when the Nazi soldier takes away your child’s teddy bear, its another thing when you tell your child to throw away the same. The psychological dynamics are powerful and the hell to pay is permanent and scaring for life. If you were afraid and running from death and wanted to bring your cats and dogs into my home, I would not think twice about you bringing along your teddy bears.

People spend thousands to save the life of a stray cat that “happens to look” like a kitty they used to have.  Its amazing to me that friends and family are willing to turn their back on you over your “teddy bears”.  They don’t want to be “bothered” because your “teddy bear” might make a mess in the house or dig a hole in their yard.

I pray, in Jesus name, I may someday forgive acts like these of cruelty and selfishness, but at this time my heart is in utter disbelief.

You can come, but
NOT YOUR TEDDY BEAR

Some Day it Will Be Your Turn

People will not understand hardships until they go through it.  It’s just the way things are. And you will all definitely go through it eventually.

I personally believe, that many of the Christians alive today that have been blessed by God thus far, will be some of those that will challenged the most harshly.  God ensures that we all have to “learn lessons”.  These lessons prepare us for our assignments in the Heavens.

Many who have been “comfortable” and want to keep their precious “McMansions” untarnished by other people’s “teddy bears” will probably be hit the most hard by their own clinging to earthly comforts when things turn for the worst.

Every member of the body has a contribution to make. When we forget to love each other with all our hearts, and “feel” the pain of our fellow man for our own sake, we have failed to keep Jesus’ most important commandment … to love one another more than we love ourselves.

Country or the City

(Teddy Bears or No Teddy Bears)
The people in the city will be surrounded by soldiers and police.  You will be right where they want you to be. You will not be able to make a run for it. You will be trapped behind enemy lines. The soldiers and police will destroy your gardens. They will search your houses for weapons and arrest you for hidden food under the “no hoarding laws”.

But only time will tell.

Family, Friends and All Their Teddy Bears

I had always hoped I would be together with family and friends through this stuff.  But now I am not sure that is going to happen. God will deal directly with each of us in his own way. Hold those Bible verses close to your heart. But while you pray to Jesus, you must remember the Bible is full of parables that strongly suggest you should have been prepared for the worst. And there is no question that true love is completely selfless.

If I had a home up North with a large yard, shed or barn,
I would tell all of you to come and bring
ALL YOUR TEDDY BEARS
in JESUS NAME!
People, we all have some harsh lessons to learn.
We have truly forgotten what it means to love one another, as we love ourselves.
It’s unreal to think that even family will tell you to:
Come if you want,
but ONLY if you Leave Your “Teddy Bears” behind to Die
=============
I have to add this one thought since some of you may scoff at people’s love of animals:
Nathan’s Story & David’s Anger

“Then the LORD sent Nathan to David. And he came to him and said, “There were two men in one city, the one rich and the other poor. 2 The rich man had a great many flocks and herds. 3 But the poor man had nothing except one little ewe lamb Which he bought and nourished; And it grew up together with him and his children. It would eat of his bread and drink of his cup and lie in his bosom, And was like a daughter to him. 4 Now a traveler came to the rich man, And he was unwilling to take from his own flock or his own herd, To prepare for the wayfarer who had come to him; Rather he took the poor man’s ewe lamb and prepared it for the man who had come to him. 5 Then David’s anger burned greatly against the man, and he said to Nathan, “As the LORD lives, surely the man who has done this deserves to die.”

3 thoughts on “You, But NOT your Teddy Bear!”