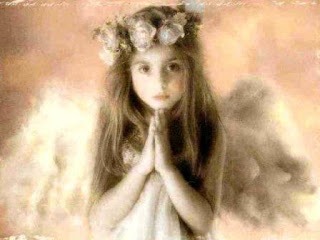 SPIRITUAL WARFARE AHOY!
The Battle is On in Jesus Name

Something has been bothering me for quite some time.  I’ve noticed throughout my study this “resistance” of Christendom to accept that “demons” can effectively attack them.  Particularly “born again” Christians believe that they are impervious to such attacks.  But I warn you, in Jesus name, the data coming in to Tribulation-Now indicates OTHERWISE.

I believe that we are “instruments” (of a sort) in a God at War dynamic. Don’t misunderstand the ‘metaphore’ because it can be misleading. We are under fire and being tested for promotion into a “cosmic” duty. Ruling and reigning with Jesus was a “lose term” used by God to communicate with people over thousands of years of time as a road map toward salvation.

Until we accept the reality of the Universe(s) (and rings of dimensional existence) out there, and God’s intention to promote “mankind” into a “KINGSHIP” with Jesus as our leader, we cannot fully grasp the criticality of our role here on earth today.

The Importance of Your Contribution is Critical

Now if anyone builds on this foundation with gold, silver, precious stones, wood, hay, straw, 13 each one’s work will become clear; for the Day will declare it, because it will be revealed by fire; and the fire will test each one’s work, of what sort it is. 14 If anyone’s work which he has built on it endures, he will receive a reward. 15 If anyone’s work is burned, he will suffer loss; but he himself will be saved, yet so as through fire.

Now that being said, by now you should realize that what we have been traditionally taught by our “infiltrated churches” is only the weakest of “milk”.  Their missions, sadly, have been nothing more than the very FIRST part of the divine plan of salvation.

And frankly without a relationship with Jesus, salvation may not even be a reality for many of those poor souls. Our jobs, all along, have been to create disciples. The church as failed to do that. We have a wonderful opportunity to STEP UP and take charge of our own divine eternities and MINISTER to people on a level never before available in the HISTORY of the EARTH.

Intelligence Coming that Indicates Christians are Being Targeted

Throughout my research, I have discovered a dynamic that is most troubling.  The first time I bumped into this dynamic, it was in Rebecca Brown’s book, “He Came to Set the Captives Free”.  Evidently when a “physical body” of an “entity” or human is under the control of the demonic, it has the ability to withstand SOME of a Christian’s supernatural defenses that would work easily against demons in the “dimensional realm”.

It was recently called to my attention, through a direct conversation, that a Jesus believer’s wonderful Christian wife MAY have actually been attacked IN PERSON by these “things” in her own home.  The original belief of these people was that they experienced a DREAM.  But I warn you IN THE NAME OF JESUS, that “alien abduction dreams” are almost always the REAL DEAL.

These “things” have both “telepathic” and “technological” abilities to create “illusions” of reality that attack the human mind in such a way as to “prevent” us from perceiving they actually happened.  We “think” they are dreams.

While we are constantly attacked by demons in other dimensions by the millions, it is much more RARE for someone to be targeted in the “physical” dimension.  (Or so we tend to believe)  Take NOTHING for granted.  Protect your family in Jesus Name.  Read the “Demons and Spiritual Warfare Basics” article here:

Consecrate your “PROPERTY”, yourself, and your “Children” with OIL.

We are living in EXTREMELY DARK TIMES.  While many are wandering about their lives in a fog of illusion, there will be SOME of us that are

DONNING OUR “ARMOR OF GOD” – IN JESUS NAME

If you have had similar disturbing experiences regarding “alien demon” abductions you may email me at jbaptist777@gmail.com.  I will pray with you, and cast them out of your life, and help you get clean of that problem as best as I can.

Furthermore, this puts you in an extremely BLESSED category (in a divine salvation sense) and you have a chance to make that experience BEAR FRUIT for our King!  There are millions of people who have been akin to physical abductions. Many of them do not realize it but they “subconsciously know”.  Many of these people are people we can SAVE FOR JESUS.

Many of them might be “born again” Christians that are “under attack” in the “physical” realm.

Many of the people that are left to be rescued from the forthcoming onslaught are super-intelligent people that need our help.  Please never underestimate the POWER and WARNINGS that come from your dreams and “intuition”.  We have been ROBBED by the demonic influences of our education to disregard this supernatural “intel” that is bread into our “abilities” as SONS OF GOD.  This was by “design”. 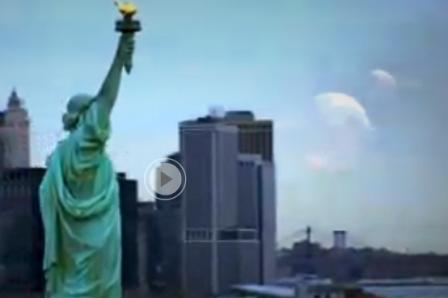 0 468
Spiritual Holiness is Not an Option