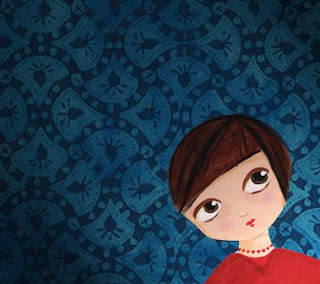 Let me share with you something that happened to me yesterday morning. This is a very sobering realization, but at the same time it’s very exciting.

Yesterday I bumped into two people. One was in person the other was via email. Together these two people are likely representative of millions of people across the world and particularly in the U.S.

The first type of person is the one that has gone to some kind of church part of their life and believes in Jesus, but is silently terrified about the things they see going on. They see the Iran war brewing. They watched the Nostradamus Effect. They see the Nat Geo shows about the earth’s rotation slowing down and various doomsday scenarios. They know something really bad might be coming in 2012.

The second type of person is like you and I.  They have a good grasp of the Satanic conspiracy and the New World Order scheme. This type of person knows about the “alien” deal.  But they have their wires crossed. Through the smoke screen of various convincing lies, they believe these “alien” entities have something to do with man’s existence. They believe that aliens tinkered with man’s DNA and our “fathers” came here from another planet. There are more of these people out there than you think.

Yesterday it was dark and stormy.  The storms were strong and “apocalyptic” in nature.  To top it off, it was an unusual time of the day for such a storm.  It was breakfast time.

I decided to go down to the local store and get a cup of coffee.  There behind the counter was a nice lady who I had chatted with many times before.  She was always pleasant.

I said to her, “Some storm we are having today … makes you think doesn’t it?”

She looked out the windows briefly and said, “Yeah … yes it does”.

I said to her, “You know the time is short don’t you?”

This woman looked at me “head on” and tears started to well up in her eyes.  I told her I have “information” that strongly indicates we are within just a few years from the “end”.  But I also reminded her that it’s “actually the beginning!”  And I told her that frankly I was getting really excited and that your whole perspective changes when you know all about the dinosaurs and UFOs and where they fit into Jesus returning.

Her face lit up.  She was amazed and NEEDED to hear more.  I tell you that she left her cash register with people standing in line and followed me through the store asking questions.  She could sense my peace.  She wanted some of it.  She needed to know what was going on and she was determined to find out.

Luckily I had a Tribulation-Now business card in my wallet.  The people at the cash register were noticeably impatient.

We will talk again likely today.  I enjoy getting away from the desk and getting my morning cup of coffee.

The second person may very well be reading this article.  She emailed me yesterday and asked me to add her to the Tribulation-Now email list.  She made it clear that she agreed with the vast majority of information on Tribulation-Now but not all of it.  While she acknowledged Jesus, she was convinced that the “aliens” had something to do with man’s existence on earth.

While I will not publish her communication to me, it’s important you hear what I wrote back to her.  It’s even more important she understand that WE have the information she needs to be utterly convinced that the “aliens” had NOTHING to do with man being on earth and we are all God’s most prized creation.

This is what I wrote back to her:

Well actually if you do a long hard study of the Bible under Professor Luginbill and a number of other prominent scientist Christians who fully understand the order of events associated with the Luciferian Rebellion there would be no question in your mind that the “alien” life forms had absolutely nothing to do with “man’s” existence on earth.

Instead this is exactly what the “enemy” wants us to believe and it is in fact what God was talking about in Matt. 24 when he said he will send “a great delusion”. This great delusion will lead to a “falling away” and confuse the masses because it will be extremely believable – but it will be a lie.


I don’t know if you are a book reader, there there are a lot of books I can refer you too that will show the Bible verses and help you understand the truth.

In the name of JESUS, I pray she writes me back.

In the name of JESUS, I pray she is with us at the Marriage Supper.

A Summary of Opportunity

“The harvest truly is plentiful, but the laborers are few. 38 Therefore pray the Lord of the harvest to send out laborers into His harvest.”

We are the harvesters.  We have the information that people need.  We know the ignorance, deception and ambivalence rife within our church walls.

We know HOW IT FEELS!!

Please in the name of Jesus OUR KING, do not miss these opportunities to save people’s eternity.

For $20 dollars you can buy yourself business cards and put web site links on them.  They can be conversation starters.  Get yourself a T-Shirt at the downtown store made custom.  Make it custom!  Have them put “SEAL TEAM SEVEN” on the front of the shirt and when people ask what that is, tell them it’s about Revelation’s “Seals” and God’s Holy number “Seven”.  Get yourself another T-Shirt made that says “Threats and Countermeasures”.  When people ask what that’s all about, tell them you know about the forthcoming UFO threat and “what to do about it”!

I’m going to get some of those T-shirts.  Put your money into YOUR MINISTRY instead of the dead ministries of other groups singing the “same old song”.