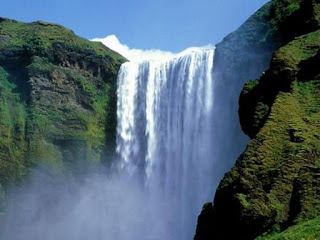 DO YOU SEE THEM?
People Are Falling Over the Waterfall

Little by little the Lord is leading me to new discoveries.  Quite frankly they all haven’t been so wonderful.  We have people researching Ezekiel’s connection to the “alien-demon” cosmic dynamic and we have others struggling with whether or not the “abomination” manifests itself in the “temple body” only, or if there is a “physical” manifestation in “Zion / Jerusalem” as the scripture suggests.

This research is important but we have to remember our priorities.

So as you might imagine, I am getting carbon copies on many of these discussions.  That, combined with the data coming in from the Message Boards, you can guess I am overwhelmed.  But it’s amazing how God finds a way to “interject” what’s important into your TMI (too much information) filled world if you are only listening.

So here I was at work completing an assignment.  I needed a “brain break” and took a look at my jbaptist777 email.  It was flooded with “stuff” covering all sorts of topics.  There amongst the deluge, I spotted an email from a ministry called Unleavened Bread Ministries (UBM).  I was made aware of them during the “Oil Catastrophe” scare.  My understanding is that they actually moved their physical location to somewhere in Tennessee to avoid the pending disaster.  I admired their resolve.  It takes a LOT of courage to sell your house and tell everyone you are moving away from a disaster that hadn’t happened.

But I do not feel led to follow any one ministry.  If I did, I believe, I would fail to follow the leading of God.  After all, arent’ we warned not to follow any “man” but to follow God?  It’s hard.  So while the “Oil Catastrophe” was in full swing, I felt led to “stand down” on the doom and gloom for a little while.  So I stopped opening the UBM emails.  I needed to pray and focus on the people God was leading to this ministry.

But here is where it gets interesting.

In the midst of suffering from way too much information, out of the clear blue sky, I suddenly feel “led” to open their email.  Once opened it displayed a LOT of additional information.  I didn’t have time to look at it all.  But a “link” jumped out at me.  It was a link to an article on the New Age movement.  The resulting “write up” was utterly fabulous.  It was so awesome I will be writing another article to cover that material in a concise format for those who are “led” here.

But again another “coincidence” occurred.  Within the original article was a reference to another work. This work was from a Baptist Pastor of more than 30 years.

Earlier that day, I was “led” to call my sister Marilyn.  Marilyn is well known in her community of believers.  She has spent the majority of her adult life “DOING” what Jesus said to do.  She’s got a LOCK on “Inheritance”.  But she didn’t do it because she understood the ramifications of 1 Corinthians 3:9-15.  She did it because she felt led through the Love of Jesus to “just do it”.  But this is not an expose’ on my sister’s personal relationship with Jesus.  Suffice it to say, she is recognized for having a wisdom, love and prayer power that is second to none.  She wakes up early in the morning in her 1770’s farm house in Pennsylvania, and talks to Jesus like he is sitting in the room right beside her.

Marilyn doesn’t believe this conflict has a cosmic element.  In my defense I told her that she would find my information very valuable some day.  She graciously laughed.  But this is the important part.  When God lays it on your heart to call someone you need to do it.  So I did.  Even though I waded through exchanges of “Hellos and how are yous” and various other “yadda yadda stuff” … I had a feeling there was a reason God had me call her.  As the conversation drug on and grazed past the UFO in China which shut down the airport there for awhile, I hit the Heavenly Jackpot.

More on that later…

Pittman was a “Baptist” minister of 30 years who died on an operating table and was actually escorted into the 2nd Heaven (the air, Satan’s “headquarters”) and given a GRAND tour with extreme levels of detail). The tour of this demonic realm was horribly revealing and utterly sobering. The title of the 101 page booklet is “Demons an Eye Witness Account”. You should also pursue a work of Pittman (directly related to the same experience) where he was escorted into the 3rd Heaven just outside the Gate where God and his armies of angels live.

This was not a happy experience for Pittman. After 30 years in the ministry, God made it clear that Pittman did not really show a true “dedication” to God and was “too interested” in HIMSELF and his personal success. He was too interested in “things of the earth” and didn’t have the level of true LOVE for God that was required. This is a man of 30 years in the ministry who spent much of his time going to prisons to preach the Gospel and standing on street corners – who didn’t “measure up”.

I am still working my way through the material, but there is some DAMNING information in there. In fact, it appears at this stage of research, I have been led to this “mystery” through “happenstance” in the articles published on Tribulation-Now. I have published a number of articles on INHERITANCE. This is all about 1 Corinthians 3:9-15 where your WORK is tested by FIRE for what it “bears”.

The Most Sobering Part of Pittman

The most sobering and horrible part of Pittmans’ visit and discussion with God is that ONLY 2.5 % of the people who died that particular day made it into Heaven at ALL. On August 23, 1979 when Pittman died, about 2,000 other people died.  Only 2.5% of them made it into Heaven.

It appears this “acceptance into Heaven” criteria was solely based upon DOING vs. “Lip Service”. This is EXACTLY what John G. Lake Ministries and Curry Blake have been PUSHING 100% from the “get go”. I remember the very first You Tube video I saw of Curry Blake.  It stirred my heart.  It stirred my “spirit”.  He actually said ..

If you are not doing what Jesus told you to do ..
You are backslidden!

It is what Tribulation-Now has been “pleading” for people to DO. But the amazing thing is that I really wasn’t doing it because I had any “insider information”.  It wasn’t until I heard Pittman’s testimony on You Tube (search on “Pittman placebo”) until I realized just how high the stakes were.

But I tell you I was not sure of the “formula”. I did not realize for CERTAIN how critical this formula was until in the last 8 hours of time. And I am not even 1/3 of the way through the study.

The Waterfall Haunts Me

In my cell phone chat with my sister in the parking lot of my “day job”, she was explaining the significance of “OUR” opportunity. She is approaching 70 years of age. I am twenty years (plus 1) younger than her.

I told her I was TIRED. I told her I wanted Jesus to hurry up and get here. And she got ANGRY.  Might I even say FURIOUS. This is someone that NEVER gets upset about anything. She is constantly talking to Jesus like He is standing right beside her and prays with a gentleness and assurity that even the angels would be jealous of.

She slammed me to the ground verbally. She warned me that GOD IS RUNNING THIS PROGRAM. She rightfully reminded me that this entire deal is on GOD’S TIMELINE. And He could PUSH BACK THE CLOCK any time he darn well pleases

BUT THE MOST SOBERING ADMONITION

She told me WE HAVE A JOB TO DO. How “dare I say I am tired”? She reminded me that there are MILLIONS of people who are going to BURN IN HELL FOREVER if I dont’ get off my FAT LAZY ASS and DO SOMETHING ABOUT IT. She instructed me to “imagine millions of people, floating down a river, and falling over a huge waterfall to their death …

ALL SCREAMING FOR HELP

It horrified me. I needed to hear it.

THAT IS EXACTLY WHAT GOD WAS ANGRY ABOUT WITH REVEREND PITTMAN!!

Frankly it occurred to me that study and scholarly information and “Intel” does NOTHING for the advancement of the Kingdom of Heaven. Our knowledge is DEAD when it doesn’t save screaming souls from falling over the waterfall into the depths of Hell.

MAKE A DIFFERENCE
DON’T GET STUCK IN A KNOWLEDGE HOLE
GOD NEVER TOLD PITTMAN HE WAS BAD FOR NOT OBSERVING THE SABBATH
OR BECAUSE HE DIDN’T CALL JESUS “YAHASHUA” OR “YESHUA”
THINK ABOUT IT
BE BLESSED IN JESUS NAME
Email me if you want me to mail you a copy of Pittman’s revelation. 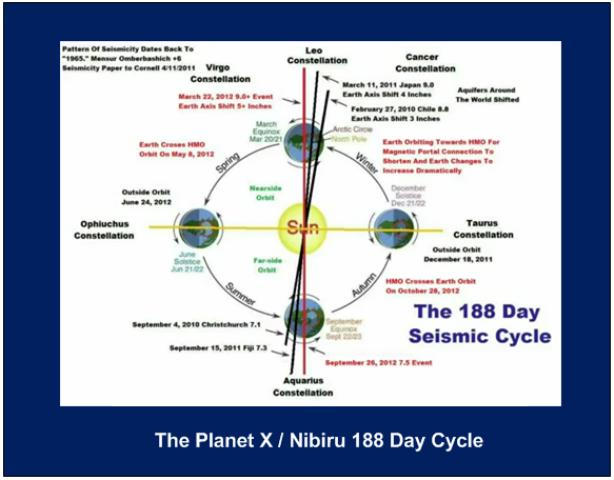 8 thoughts on “Another Chance”