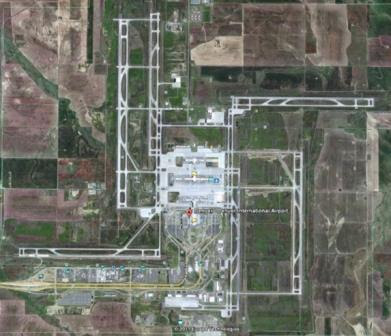 About to Be Unleashed
Way Too Close of an Encounter

Where to begin?  So much information and so little time … right?

By now many people are aware that there have been numerous reports of “alien breeding” occurring in the Deep Underground Military Bases.  As far back as 1991, the reports indicated that 1 in 40 “so called” humans walking among us are hybrids of some type.  You have endless streams of information from people who have witnessed these abominations (alien breeding underground), and “not so surprisingly” they all seem to eventually “disappear”, “commit suicide”, or are found dead for “whatever” reason is presented.

The original “Dulce Papers” are still floating around the Internet in various locations.  They show what is evidently a hand sketched drawing of alien-human hybrid creatures in various stages of development in an eerie laboratory setting complete with security cameras and strange glowing broths of chemicals.  It’s pretty creepy to say the least.

Then you have the “Branton” works.  Reportedly “Branton” is a “pen-name”.  Understandably so.  If you search on “Branton Alien Nazi Reptilian NWO Warning” you will likely find his most alarming account of this unbelievable information.  Branton is supposedly a Christian.  Branton was supposedly inside of these Deep Underground Bases and saw this stuff with his own eyes.  Evidently this fellow Branton, has disappeared and no one knows where he is today.

Here is an excerpt from the Branton paper mentioned above.  This is an excellent work and will “short circuit” your earthly sensibilities.

The Reptiloids in Alpha Draconis and Rigel Orion claim that they originated on earth in prehistoric times and were part of a bipedal reptilian or saurian race [like the cunning velociraptors?]. Now they are here to take back ‘their planet’ from the human race. In order to accomplish this, they are using multi-leveled deception and propaganda — mostly through ‘channeled’ information and through information conveyed to ‘abductees’ — to convince humans to capitulate themselves over to aliens ‘guides’ and thus allow the aliens access to their minds and in turn to our society in general.

You also have the works of Sherry Shriner.  Now I admit I have studied her work and indeed listened to her radio shows.  She has some surprisingly accurate data presented in a number of transcripts and writings.  She is a Book of Enoch fan, and is WAY ahead of most Christian researchers in her knowledge of the “intergalactic” nature of the forthcoming “alien invasion”.   And her write-ups of these creatures and their “human looking” versions is nothing less that “jaw dropping”.

However I warn you.  Ms. Shriner denigrates Paul the apostle (thus discredits 2/3rds of the New Testament) and she blasphemes the Holy Spirit and claims that anyone who “speaks in tongues” is of the Devil and demonic.  So there you go!  There is proof positive that all these sources must be kept at arms length.  Do your homework and learn if you are so led, but be careful out there.  Behind every learned mouthpiece is a potential deception that will “jettison” you directly into the Great Tribulation.  Sadly she is (maybe unwittingly) one of those sources.

It is no secret for any mediocre student of “alien-demon” abductions, “they” have been obsessed with the reproductive system of the human being for a very very long time.  There are abduction records that go back into the 50’s when Eisenhower signed the alien 1954 Greada Treaty.  And before then you can dig up records that indicate even Roosevelt had dealings with similar issues.  You can even find the mysterious and cryptic speech of General MacArthur where he mentions to an academy of military students that the real threat is one not of this earth.

You can listen to that speech of MacArthur here if you like:
http://www.youtube.com/watch?v=gStGpbUdr1Y&playnext=1&list=PL39F2A474B509AECF

And never mind the endless commentary by Reagan.  He even brought up the threat of alien invasion in front of the entire United Nations assembly.

I have covered all this material in prior articles here on Tribulation-Now.  If you use the “Search This Blog” feature on the lower right hand margin of this web site, and type in the world “alien”, you will find virtually all of these articles.  It’s a lot of reading but if this is something you are led to do … much of this data is dumped into these articles already.

The True Secret of the Denver Airport

All sorts of folks are finding new and alarming last minute secrets hidden in the architectures and symbolism of the “enemy”.  Lucus does a “bang up” job disclosing much of this data at http://www.rabbithole2.com/video.htm.  In fact, Mr. Lucus had recently circulated a new and astonishing finding.  The email he sent out to his subscribers showed, that the Close Encounters of a Third Kind movie, showed a set of coordinates.

Here below is a snap shot of those very coordinates from the movie. 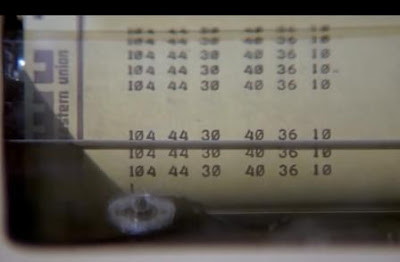 What Lucus correctly points out in his amazement is that these coordinates take you directly to the Denver Airport.  And if you take the time to watch his entire video series (linked to above), he goes into a deep discussion about the fact that the airport is actually designed as a Nazi Swastika.  And quite frankly any reasonable researcher should know that the swastika was adopted by the Nazis but is actually an occult symbol from extremely ancient times … most likely from before the “Foundations of the World” … get it?

For more information on this symbol see here: http://en.wikipedia.org/wiki/Swastika

However, even more sinister is the fact that hidden in the architecture of the Denver Airport is what is clearly a symbol of a human reproductive component.  And if you “zoom in” on the Google Earth screen you can clearly see that even the ROADS have human reproductive “esque” names assigned to them along the section that makes up this “appendage”. 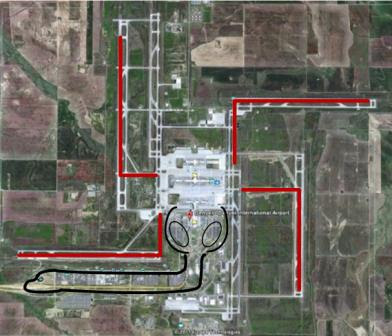 So while it seems that most have embraced this creepy symbolism at DIA, and see the obvious, there is sadly even more than meets the eye.  Never mind most are well aware that there are “deep underground cities” hidden under the Denver Airport for the “elite” to escape too.  Never mind there are endless reports that those chosen to “escape these things” are selected due to their “blood lines”, money, and ability to BREED!!  The unfortunate thing is that it seems very few understand the MASTER PLAN.

If you have taken the time to study the work of Jonathan Kleck, by now you know that the 1300 B.C. hieroglyph of Akhenaten (President Obama’s “look alike”) has a “grey alien head” with a male apparatus inseminating a female human.  Not my favorite subject folks but sadly one we are dealing with here. 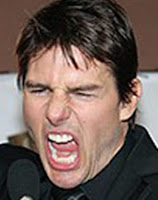 Have a look at the Denver Airport.  You have PRECISELY the same image.  An Alien Head with an apparatus extending in a serpent “like” way to the left.   You can read into this whatever you wish.  That’s not the point.  The point here is that the Denver underground facility is for BREEDING!

When our movie star friends and Scientology believers willingly head into their “underground safety centers”, they have more in store for them than they ever imagined.  Yes they were indeed chosen due to their breeding abilities.  I have no doubt in my mind.

BUT WHOM SHALL THEY BE FORCED TO BREED WITH?

Summary in the Name of Jesus

If you haven’t figured it out by now, there truly is no hiding place from the Lord OUR God and the Awesome King of Kings and Lord of Lords, Jesus Yeshua the Messiah.

Today you even have Jewish Rabbis coming out and admitting that the Messiah is coming any time now.  You Bet!!  You have Christians and prophets from all walks of life “worldwide” proclaiming “imminent return”.

Drop your shovel and dump the ammunition.  Its’ not going to do you any good.  Its time to seek the only escape from this onslaught by seeking ETERNITY through forgiveness of your sins and the Blood of the Lamb, Jesus!  Sooner or later you are going to die.  Get rid of your fear, give up on this demon infested rock, and prepared for TAKE OFF!!

I for one cannot wait to be reunited with my King Jesus.  Do you have ANY IDEA what Ruling and Reigning with Yeshua is going to be like?  Have you no imagination at all?  Have you ever read the C.S. Lewis “Space Trilogy” work?  Do you REALLY think you are going to float around on a cloud and play a harp?

Get with the program.  The New Agers are “ascending” straight to Hell.  BUT we are anxiously awaiting the transformation of our bodies STRAIGHT UP to the Kingdom of Heaven.

And I will give you a hint.  Nobody will be floating on a cloud and playing a harp with blond women and huge fluffy angel wings.

Evidently when those coordinates are typed into Google Earth, they end up pointing to a location just to the North North West of the Denver Airport.  This is indeed strange, since Lucus typically does not make such errors.

I WONDER!  Could this be on account of the GPS systems and true magnetic North beings messed up right now due to the “pole shift” claims?  After all, the airports are having to re-calibrate their equipment, so how can we trust Google Earth?