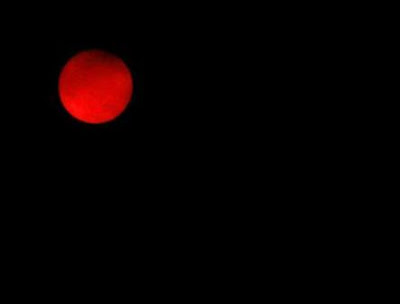 The Beginning of the Invasion
Rapture, Darkness, and Heavens Closed

Today’s article is one of darkness for anyone not invited to the Marriage Supper of the Lamb.  Am I concerned about my “worthiness”?  You bet I am.  Anyone that knows what is coming upon this earth, would have to be a “fool” not to be concerned (see Matthew 25).  As I’ve said many times, there is a “whole lotta ugly” coming upon the earth.  And when you toss in the scriptures that, to me, prove beyond a shadow of a doubt, this forthcoming onslaught is “intergalactic” in nature, it makes the situation most alarming indeed.

I do not know when all of this is going to happen, but it sure seems to me it’s coming soon.  This article is a testimony of events that unfolded over the last 24 hours.  That’s pretty much it.  I will simply tell you “what happened” and you be the judge.

The Calm Before the Storm

With the exception of last night’s radio show, things have been eerily quiet.  The typical video and photographic evidence of Planet X continues to flow in.  But comparatively speaking, very quiet indeed.  So quiet, in fact, I got bored.

Seeing as how I have been running full bore since the beginning of January, working usually 10-12 hour a days minimum for the Kingdom, to be sitting in my office by 11 am staring at my inbox was extremely strange.  I decided to go downstairs and watch TV and have lunch.  Interesting I fell upon the History Channel’s “More Extreme Marksmen” featuring the Bull Whip.  If you understand what happened to our humble, loving King, perhaps you see the “coincidence”.

Prior to taking my “boredom break”, I did receive two emails.  One was from a new person I don’t remember speaking with before.  She told me she had a dream.  In her dream she saw the numbers 311.  She suggested she knew that the meaning was some type of ominous “wake up call”.  I emailed her back and asked her if this might be 3/11 (this Friday) and got no corresponding confirmation.

Within an hour I received another email from Dorien in Australia.  She had watched the movie Contact with Jodie Foster and saw a LOT more of the Fingerprint of God in the movie than I knew was there.  But what really made me “take pause” is that she mentioned the number 11.

This is a direct quote from her email:

Someone send me a news report about the visibility of the second “sun” in the sky over China. When I downloaded the link all the different timezones on my computer screen were displaying 11 minutes after the hour! This happens all the time. Eleven is the number for imperfection, disorder, chaos, etc.

Later in the evening some “jaw dropping” events unfolded.  More on that soon.  I had “texted” Patricia in California, and shared with her some of this “supernatural Intel”.  She immediately told me to call her.  She reminded me that 311 was a date given to her.  Neither of us know for certain what exactly that means, except that it was a number she “felt” was significant.

An Alien-Demon Invasion is the Real Threat?

After lunch I get really tired and take a nap.  An alert comes into my phone from Chris.  Chris says he needs to talk to me immediately.  He says that he has a feeling that Elenin may be a distraction and it might be a forthcoming “cosmic” invasion” that’s the real threat.

This caught me completely off guard.  Imagine that … right?

Chris shows me his data sources.  Evidently there is evidence that suggests the “possibility” of “intergalactic troop movement” seen near and around the corona of the Sun.   He mentioned there are people mentioning “military trains” with helicopter escorts and some base lockdowns.  He also mentioned that concerns were being raised about a 9 meter diameter “asteroid” of sorts, that will come extremely close to the earth’s atmosphere today.

I went back and reviewed the sources of this information.

Things remain relatively quiet throughout the day.  Ricky gives me a call and we talk about the possibility that some of our prayers might not even have time to be fulfilled.  We pray anyway.  It was a glorious, praiseful, prayer session with a humble and thoughtful ending to it.

Jonathan gives me a call.  He too is feeling peaceful and that things are eerily quiet.  I told him Rick called, and said he was looking forward to “tomorrow’s article”.  I quipped with Jonathan, because I told Rick I don’t write articles for the sake of writing articles and if I don’t feel “led” by something that comes into my inbox or through another “event” of some kind, I will not be writing anything.

Jonathan says he feels extremely watchful and will be “watching” things prayerfully this week with intensity.  I am listening closely.  Jonathan goes into his office and tells me the Lord is “telling him” to open the Bible.  My interest was peaked, because the Lord usually confirms things with Jonathan visually and through the Thesaurus.  But this time, it was “The Bible”.

The Bible opens to Habakkuk.

Jonathan’s eyes are immediately fixated to the following scripture.  I have bolded and italicized key words for emphasis.

Hab 2:1-3
I will stand my watch
And set myself on the rampart,
And watch to see what He will say to me,
And what I will answer when I am corrected
Then the Lord answered me and said:
“Write the vision
And make it plain on tablets,
That he may run who reads it.
For the vision is yet for an appointed time;
But at the end it will speak, and it will not lie.
Though it tarries, wait for it;
Because it will surely come,
It will not tarry.
NKJV

The Chaldean’s Attack from Afar!

While Jonathan is “going off” on how impossible this scriptural reference was, I was reading Habakkuk myself.  I felt a surge run down my back.  I immediately started to type text messages to Zen Garcia.  As I said, this article is a testimony of what happened.  So I will reprint the text messages sent between myself and Zen while Jonathan and I are talking on the phone.

John: Habakkuk speaks of the Chaldeans and troops coming from afar flying like eagles just like 2 Esdras 15 … Habakkuk is speaking of what is coming soon. Even includes the watchman standing on ramparts


Tells us to hang in there


Though it tarries wait for it


Because it will surely come


The Lord Just Told Kleck to read it!!


We are wiggin out

John: Jonathan told me he was in a “watchman mode”


And was watching closely this week


The Lord told him to open Habakkuk

For indeed I am raising up the Chaldeans,
A bitter and hasty nation
Which marches through the breadth of the earth,
To possess dwelling places that are not theirs.

They are terrible and dreadful;
Their judgment and their dignity proceed from themselves.
Their horses also are swifter than leopards,
And more fierce than evening wolves.
Their chargers charge ahead;
Their cavalry comes from afar;

They fly as the eagle that hastens to eat.

THE CAVALRY COMES FROM “AFAR”


They FLY as EAGLES

John: God is showing him that arrival is imminent.

John: “To be concurrent, to occur at the same time, to happen simultaneously” (more Thesaurus)

Next flip of the page ” To Redeem, To rescue, to save, to buy back, repossess”

John: I am typing this to you in real time as he flips the pages.

Patricia calls and we share notes on these revelations.  She tells me about 311 again.  We say goodbye and I fall asleep.  At 4:30 AM my dog decides to get out of bed.  I hear him going to the “bathroom” on the carpet.  This NEVER happens.

I immediately wake up.

I go into the office and immediately open an email from Melanie from Australia.  The subject line is …

Here is the Transcript of Prophet Owuor’s Message

The whole sky above the earth closed off, filled, COMPLETELY FILLED, with Pitch Darkness.  Absolutely Darkness.  And then the voice of the Lord spoke from Heaven and it say, “Look and it happened so fast”.

Then I realized the entire access had been sealed off from Heaven.  There was no contact, no communication, in the Heavenly, with the Kingdom of God Almighty.  Then at that time, I woke up.

Very soon the church is going to be taken up into the Kingdom of God Almighty in Heaven, and the door to Heaven is going to be finally closed and sealed up!

So for those who have failed to listen, may they prepare for the COMING OF THE LORD!

I really don’t know when this is going to happen.  My message has always been one of “perpetual imminence”.  I often remind people they could die at any time, even before they finish reading this article.  Amen?

I also don’t really care about the exact time that Prophet Owuor spoke that prophecy.  Since I do not follow Prophet Owuor proactively, what matters to me is the timing of the messages arrival into my email inbox.  THAT’S how God speaks to ME.

I have been telling people for a very long time that there were forthcoming UFO wars.  I didn’t believe in the darn things when I started my research 5 plus / 6 years ago.  Sure I saw them on You Tube.  I even remember, shortly after starting Tribulation-Now, my friend Eric showing me one You Tube video after another of the darn things, and my mind just glazed over.  NOTHING makes my mind “glaze over” any more.  Praise GOD!

The last 24 hours was NOT an accident.

Habakkuk never made sense to me in the past.  It does now.

BATTLE STATIONS
PRAY UP, PACK UP
FILL YOUR VESSELS WITH HOLY SPIRIT OIL
REPENT OF ALL YOUR SINS
SEEK THE
BAPTISM OF THE HOLY SPIRIT
WITH ALL YOUR HEART
GET OFF THIS DEMON INFESTED ROCK WHILE YOU CAN
JESUS IS COMING
YESHUA JESUS MESSIAH
IS
YOUR ONLY HOPE

0 147
Inheritance in Thy Kingdom which Comes