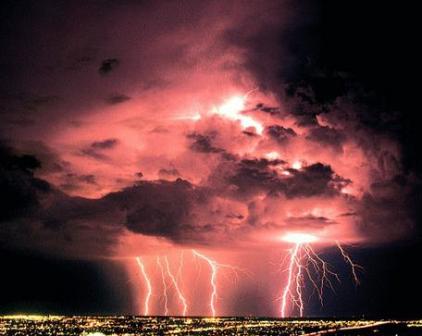 (…) Then suddenly I saw from the Atlantic and from the Pacific, and out of the Gulf, rocket-like objects that seemed to come up like fish leaping out of the water. High into the air they leaped, each headed in a different direction, but every one towards the U.S. On the ground, 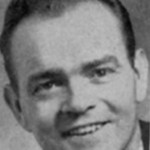 the sirens screamed louder. And up from the ground I saw similar rockets begin to ascend. To me, these appeared to be interceptor rockets although they arose from different points all over the U.S. However, none of them seemed to be successful in intercepting the rockets that had risen from the ocean on every side. These rockets finally reached their maximum height, slowly turned over, and fell back toward the earth in defeat. Then suddenly, the rockets which had leaped out of the ocean like fish all exploded at once. The explosion was ear- splitting. The next thing which I saw was a huge ball of fire. The only thing I have ever seen which resembled the thing I saw in my vision was the picture of the explosion of the H-bomb in the South Pacific. In my vision, it was so real I seemed to fell a searing heat from it. As the vision spread before my eyes, and I viewed the widespread desolation brought about by the terrific explosions, I could not help thinking, “While the defenders of our nation have quibbled over what means of defense to use, and neglected the only true means of defense, faith and dependence upon the true and living God, the thing which she greatly feared has come unto her! How true it has proven that Unless the LORD guards the city, The watchman keeps awake in vain. Psalm 127

AN URGENT MESSAGE
From David Wilkerson

I am compelled by the Holy Spirit to send out an urgent message to all on our mailing list, and to friends and to bishops we have met all over the world.

AN EARTH-SHATTERING CALAMITY IS ABOUT TO HAPPEN. IT IS GOING TO BE SO FRIGHTENING, WE ARE ALL GOING TO TREMBLE – EVEN THE GODLIEST AMONG US.

For ten years I have been warning about a thousand fires coming to New York City. It will engulf the whole megaplex, including areas of New Jersey and Connecticut. Major cities all across America will experience riots and blazing fires—such as we saw in Watts, Los Angeles, years ago.

THE RAPTURE IS IMMINENT

REPENT AND PREPARE THE WAY FOR THE LORD