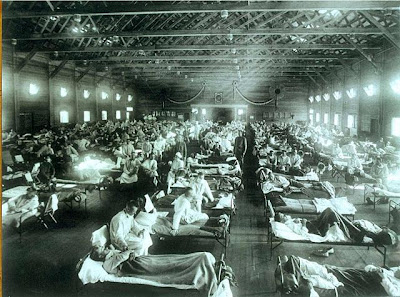 The 1918 virus pandemic was the direct result of TYPHUS FEVER VACCINES injected into millions of soldiers during the Great War (WW I). John D. Rockefeller labs and factories in China produced these Typhus vaccines in 1916 by harvesting pus from infected humans, injecting the infectious matter into pig hosts, then mixing the harvested contaminants into chicken egg albumin to be injected into human hosts as a “vaccine”. Rockefeller, always a shrewd businessman, supplied both sides, (German as well as Allied armies) with his toxic and lethal vaccine brew. Immediately after vaccination, many soldiers fell ill with what was called at the time “Para-Typhoid” infection — i.e. nausea, vomiting, diarrhea, and killing pneumonia. Subsequent waves spread across the globe, killing as many as 50 million innocent souls worldwide. (Source: The Horrors of Vaccination – Higgins, 1921) Only much later did the world’s medical establishment wrongfully label and name the deadly recombinant virus accidentally spawned by Rockefeller’s vaccine the “1918 Spanish Flu”. Of course, Rockefeller’s multi-billion dollar pharmaceutical empire could not afford to label it what it really was: “Vaccine-Induced Disease of 1918”. 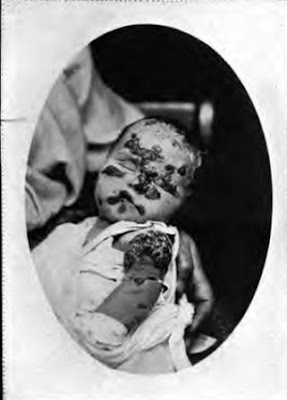 Dr. Horowitz Explains the Conspiracy
on Creation of Swine Flu Variants and
the Genocidal release to the US Public