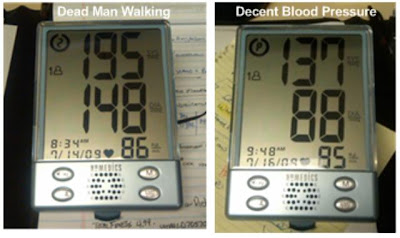 What is Eugenics you may be asking? Well basically it is population control in any form. Believe it or not, the United States in the early 1900’s had a number of eugenics programs that were in place. Most people didn’t know about them. One was based in California and specialized in selective sterilization of women. FYI – these types of practices have been used in one form or another ever since.

Oh and the reason for “Eugenics” (population control) is evil and Luciferian in nature. You see the occult religion of PAN (the worship of the Earth, etc.) is a pagan religion of antiquity (as most are). It is one of the many Luciferian religions of Ancient Egypt / Babylonian periods and is what is behind the NEW AGE MOVEMENT today. The NEW AGE Movement (all accepting one world church – Hello Oprah and Obama – gag!) and worship of the Earth (carbon tax credits at the expense of human life etc.) is part of the NEW WORLD ORDER. It includes intentionally controlling the population of HUMANS to balance the Earth with the existence of humanity. They believe (yes the New Age Luciferians) that there should be no more than 500 million humans on the Earth. They plan on making this a reality through many different means (starvation, food control, wars, poisoning, plagues (created in labs – hello H1N1) and all sorts of evil crap).

Here is one perfect example.

Planned Parenthood
(and all the supporting new laws) is EUGENICS! They are successfully killing millions (MILLIONS) of babies from the first month to the 9TH MONTH!!

There are vast other examples. Another example is that some argue that SODIUM FLUORIDE in our water supply is a form of SLOW eugenics and MIND CONTROL. Why? Simple. Because if you do your homework you will discover that “Sodium Fluoride” (yes that’s the stuff in water and in toothpaste that does NOTHING for your teeth and NEVER HAS) is actually used as RAT POISON. But you see Russia discovered that they could control their prison populations in the gulags using sodium fluoride (as did the Nazis) as it made the population very docile. And did you know that sodium fluoride (yep the same stuff you are drinking every day unless you have a well – lucky you) is the main ingredient of most every ANTI-DEPRESSANT (SSRI medication), e.g. Paxil, etc?? You bet!

But for this article you can do your own homework because this one is to tell my story of Big PHARMA (e.g. big Pharmaceutical companies (crime syndicates)) and the sinister FDA (which does nothing but BAN vitamins and meds that actually work to cure cancer and other major ailments as they are in bed with “Big Pharma“.

Here is my story and the photos at the top of the article prove most of it.

About 2 years ago I noticed I was getting a little dizzy sometimes. So I reluctantly decided to go to my doctor. My doctor said I have very high blood pressure and started to experiment with various BP (blood pressure) medications (meds).

Eventually he settled on BENICAR HCT (look it up and study the side effects) and NORVASC.
My BP did go down after a while. It was running around the high 148’s on systolic and usually just barely over 100 on the diastolic which is not very good but far better than when I started.

The doctor considered this a win. IT WAS NOT A WIN. It was the beginning of my DEATH BY MEDICATIONS.

Next my doctor noticed that my Cholesterol was very high. So he decides he is going to start treating me with STATINS (Lipitor, Crestor – THEY DON’T WORK get off them). These drugs have extremely bad side effects and can kill you and do liver damage if the doctor does not check your blood regularly for this possibility.

Next (about a year or so later) my doctor noticed that my BLOOD SUGAR was high. NEVER MIND I had gained like 60 lbs that didn’t seem to bother him too much as it was all about the MEDS, MEDS AND MORE MEDS!! So now, you see, my doctor wants to put me on Type II Diabetes medications as my sugar is high. Its seems, that I was for some strange reason developing DIABETES!! He pointed out my weight gain and suggested that was the most likely culprit.

I WAS BEING POISONED TO DEATH BY MY WELL MEANING BUT SADLY IGNORANT DOCTOR.

1. Started with HIGH BLOOD PRESSURE
2. Gained 60lbs due to SIDE EFFECTS
3. Was unable to Work Out due to weakness caused by SIDE EFFECTS
4. Developed extremely HIGH Cholesterol
5. Was Given Meds to treat Cholesterol
6. Statin meds make you (this is a QUOTE) “Aerobic Intolerant” and weak
7. Developed high blood sugar and was about to get treated and nearly was diagnosed with Type II Diabetes

Well as it turns out BENICAR HCT causes:

1. Significant water retention and weight gain
2. A significant increase in Cholesterol (triglycerides)
3. Extreme muscle weakness
4. AND GET THIS – IT CAUSES DIABETES !!!!

It causes DIABETES.
It causes HIGH CHOLESTEROL (the deadly kind)

The STATIN Meds for Cholesterol:

Destroy Your LIVER
Weaken and Destroy Your Muscles
And Keep you “AEROBIC INTOLERANT” (which means you are panting like a dog when you walk up one flight of stairs).

I have been a victim of Eugenics. Not because my doctor is a bad man but because he believes in the goodness of mankind and balance of risk. He is sadly mis-informed and ignorant that he is poisoning people and destroying their quality of life and long-term health.

ON MONDAY, JULY 13TH – I threw away all of my medications and handed my health over the the LORD. At that time I was prediabetic and had a “Dead Man Walking” BP of 171 / 131.

MY BLOOD PRESSURE IS NOW DOWN TO:

137 / 88
and I feel fabulous. I’ve already lost 6 lbs and my energy level and mental attitude is “through the roof”. NO MEDICATION AT ALL. NONE!

And to top this all off today at 6:15 AM when I started my workout Andrew Wommack Ministries had a special on HEALING on the CTN network.

I AM HEALED. Praise the Lord. He led me to the water of life once again.

QUESTION EVERYTHING of this world people – it may end up saving your LIFE!