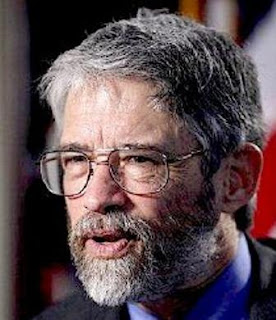 “The fetus, given the opportunity to develop properly before birth, and given the essential early socializing experiences and sufficient nourishing food during the crucial early years after birth, will ultimately develop into a human being.”

History of the Forthcoming REICH

During Operation Paperclip directly after WWII, with the assistance of the Papacy, key 3rd Reich scientists and leaders of Nazi Germany were ushered into the United States. While the “Nazis” were being hung at Nuremberg, the “REICH” (e.g. the real thought-leaders behind the EVIL) were hidden by the Vatican and kept in the scientific underground of the United States government for future use. This “Reich” has been in the directorship, carefully hidden, of the U.S. government for decades and has been instrumental in the creation of the CIA, FBI, MOSSAD, OSI and MI6.

Once in awhile, this carefully controlled group of extremely sinister (expletive omitted), surfaces. Often this “manifestation” is found in the writings of a government position paper or behind the creation of some awful new experimental service, military weapon, policy or drug.

HOWEVER, now that the new 4th Reich is rearing its demonic face, these once well hidden Nazi “light Seekers” are being PROMOTED TO PRESIDENTIAL DICTATORSHIP POSITIONS.

WELCOME TO THE WORLD OF THE 4TH REICH CZARS!
This filthy bloodthirsty savage has written some horrific diatribe such as:

“Indeed, it has been concluded that compulsory population-control laws, even including laws requiring compulsory abortion, could be sustained under the existing Constitution if the population crisis became sufficiently severe to endanger the society.”

SINGLE MOTHERS HAVE BABIES TAKEN AWAY

“One way to carry out this disapproval might be to insist that all illegitimate babies be put up for adoption—especially those born to minors, who generally are not capable of caring properly for a child alone. If a single mother really wished to keep her baby, she might be obliged to go through adoption proceedings and demonstrate her ability to support and care for it. Adoption proceedings probably should remain more difficult for single people than for married couples, in recognition of the relative difficulty of raising children alone. It would even be possible to require pregnant single women to marry or have abortions, perhaps as an alternative to placement for adoption, depending on the society.”

“Adding a sterilant to drinking water or staple foods is a suggestion that seems to horrify people more than most proposals for involuntary fertility control. Indeed, this would pose some very difficult political, legal, and social questions, to say nothing of the technical problems. No such sterilant exists today, nor does one appear to be under development. To be acceptable, such a substance would have to meet some rather stiff requirements: it must be uniformly effective, despite widely varying doses received by individuals, and despite varying degrees of fertility and sensitivity among individuals; it must be free of dangerous or unpleasant side effects; and it must have no effect on members of the opposite sex, children, old people, pets, or livestock.”

“Involuntary fertility control
…
A program of sterilizing women after their second or third child, despite the relatively greater difficulty of the operation than vasectomy, might be easier to implement than trying to sterilize men.
…
The development of a long-term sterilizing capsule that could be implanted under the skin and removed when pregnancy is desired opens additional possibilities for coercive fertility control. The capsule could be implanted at puberty and might be removable, with official permission, for a limited number of births.”

“In today’s world, however, the number of children in a family is a matter of profound public concern. The law regulates other highly personal matters. For example, no one may lawfully have more than one spouse at a time. Why should the law not be able to prevent a person from having more than two children?”

“Toward a Planetary Regime
…
Perhaps those agencies, combined with UNEP and the United Nations population agencies, might eventually be developed into a Planetary Regime—sort of an international superagency for population, resources, and environment. Such a comprehensive Planetary Regime could control the development, administration, conservation, and distribution of all natural resources, renewable or nonrenewable, at least insofar as international implications exist. Thus the Regime could have the power to control pollution not only in the atmosphere and oceans, but also in such freshwater bodies as rivers and lakes that cross international boundaries or that discharge into the oceans. The Regime might also be a logical central agency for regulating all international trade, perhaps including assistance from DCs to LDCs, and including all food on the international market.

The Planetary Regime might be given responsibility for determining the optimum population for the world and for each region and for arbitrating various countries’ shares within their regional limits. Control of population size might remain the responsibility of each government, but the Regime would have some power to enforce the agreed limits.”

“If this could be accomplished, security might be provided by an armed international organization, a global analogue of a police force. Many people have recognized this as a goal, but the way to reach it remains obscure in a world where factionalism seems, if anything, to be increasing. The first step necessarily involves partial surrender of sovereignty to an international organization. “

I am not being alarmist when I say to you that we are fully surrounded by the most evil budding rise of the next Nazi “Reich” you could ever imagine. If the 3rd Reich was just practice (as this author maintains) then this one will be a manifestation of evil NOT YET IMAGINED.

If you are interested in learning more about the links of our Obama appointed government officials to this dreadful next REICH I recommend you take a look at a movie entitled “The Obama Deception”. The entire movie may be watched by clicking this link.

This has been yet another friendly reminder that we are surrounded by the Enemy.

EL ELYON IS OUR ARMOR

He is our Father.

The Luciferian minions hate El Elyon and his spirit-SON, Yeshua. They are jealous of him and VERY JEALOUS OF US. Why us, you ask?

Because when El Elyon sent his spirit-SON from the 7th ETHER-LEVEL (spirit world, or Heaven – where the other (g)ods are NOT allowed to dwell (hang out)), HE – THE GREAT EL ELYON gave us a privileged SPIRITUAL CONNECTION directly to him. Can you imagine how PISSED OFF all the other lesser (g)ods were / are over this?? Lucifer’s demons and Earth bound “perfectly possessed” minions, HATE YESHUA and everything that has to do with him because he is the SPIRITUAL-BYPASS link to the domain of El Elyon. They are not allowed to mess with this LINK. It is privileged and it makes them furious.

That’s why they must KILL US. The followers of Yeshua (Jesus) are special people that El Elyon (God, greater than Yahweh) wants to GRADUATE. We are on the Earth to LEARN. Our lives on this Earth exist for one reason; to prepare us for a leadership role in the 7th Heaven. If we pass this test, we graduate right past all the other spiritual (g)ods and become brothers of Yeshua and leaders under El Elyon. My impassioned belief is that this Earth / Tribulation / Test / Graduation process continues through each “Age” (or so) at El Elyon’s pleasure (Eph 1:9). [Or better yet refer to the King James translation that actually says “according to HIS PLEASURE“]. Those that pass and do not get kicked out into the spiritual FURNACE, get some REALLY COOL ASSIGNMENTS. (Dare I imagine as Cherubim on other “Earths” somewhere in El Elyon’s Universe?)

NOW HOW COOL IS THAT?

I’M NOT LOOKING BACK

GLORY BE TO EL!

HOLY, HOLY, HOLY, IS THE LORD GOD ALMIGHTY, WHO WAS, AND IS,
AND IS TO COME!