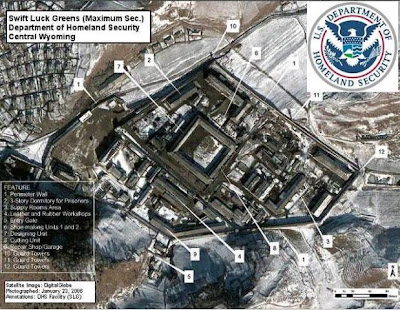 Reportedly this document was “accidentally” released and remains available on the Internet today.

As you can see this FEMA camp includes the following features:

1. Perimeter Wall, complete with Razor Wire facing IN – TO KEEP PEOPLE IN

2. A three story prison barracks (not altogether unlike those built for Auschwitz)

6. Shoe Making Buildings (forget L.L. Bean folks, you can wear your own Handy-work)

7. Designing Unit (unclear but it may be where you design clothes for the next Victoria Secret show) 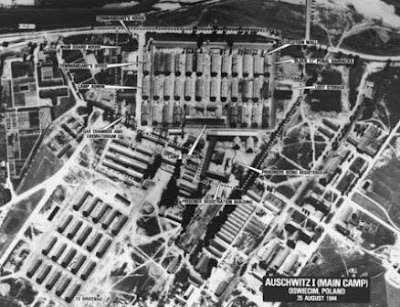 Awwwww Heck Folks, you don’t suppose the United States government would allow this to happen do you?