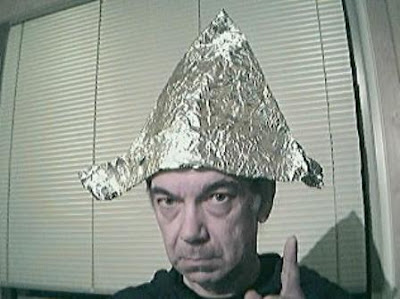 Hopefully the readers of Tribulation-Now understand we are on the cusp of the rise of a “4th Reich” or “reign” of Lucifer. If you are not aware of the events molding this forthcoming holocaust, things will seem perfectly fine until the next 9-11 event. There will indeed be another 9-11 event here in the U.S. The next significant “terrorist” event will result in the institution of Martial Law. Life here will be forever very different. Nothing asked of you will be “optional”. Nothing. Under Martial Law, having a “gun to your head” is no longer just a figure of speach.

The “perfect storm”, for implementing a take over of a country such as the U.S., would include a number of events. Some of those events would be prerequisite. Let’s examine the usefulness of a “staged” mandatory vaccination scenario to a Martial Law situation. To further set the stage, keep in mind the State of Massachusetts has just enacted a law for mandatory vaccinations. The actual law requires a person to follow “any” government order during an emergency or be fined $1,000 per day and face jail time for non-compliance.

Those behind the government know well what happens during major emergencies. They are expert in human behavior to a level most cannot fathom. Because we are analyzed as “cattle” the appropriate response is easily determined. If you know the cattle are going to get “freaked out” and start “running for it” then you need to prepare for this. How best is this accomplished?

At this time we are being bombarded with targeted media information. The topics include H1N1 and mandatory vaccinations and much chatter about the threat of civil unrest and the anticipated threat of “patriot groups”. But how do these two topics of choice fit together into the “cattle management”scenario?

This author believes the next staged major terrorist attack will include multiple nuclear devices. The expectation is that New York, possibly Chicago, and almost certainly Los Angeles will be targeted.

Recently John Paul Jackson visited Sid Roth’s “It’s Supernatural” program. John Paul is a “seer” or prophet. The bottom line here is that Jackson has been receiving visions for El Elyon and warning people of impending doom. The fact is that Jackson has been right on target for a long time now and has witnesses. He is not a psychic, he is a man of God. His recent visions include some ominous warnings. As if it’s not enough the Lord has shown him major forthcoming events of famine, water shortages and pestilence, but “woes” of 2012 and nuclear attacks (small scale city sized) were in the mix as well.

See here for his testimony:
http://www.sidroth.org/site/News2?abbr=tv_&page=NewsArticle&id=8629

Another message from EL came down to pastor David Wilkerson recently. Pastor Wilkerson told of a vision that foreshadowed an “Earth shattering calamity”. Of the two biggies, 2012 and the nuclear “terror” threat, his vision might forewarn either providing the nuke attack occurred in more than one country. Here is what he called out from the vision.

“It will engulf the whole megaplex, including areas of New Jersey and Connecticut. Major cities all across America will experience riots and blazing fires – such as we saw in Watts, Los Angeles, years ago,” he explains. “There will be riots and fires in cities worldwide. There will be looting” – David Wilkerson

The “cattle” are located across several pastures in your county. There are thousands of them spread all over the place. How do you get them into the fencing that funnels them to the slaughterhouse? What if the number of the cattle was in the millions? What if some of the cattle were a bit wayward or even hostile when they were herded? You would need to “wake them up”, get them moving, but do it in a controlled manner. Perhaps a combination of panic followed immediately by a strong sense of control. They are moving fast, not thinking, and doing it in an orderly fashion. After all, with millions of cattle this process needs to hurry up a bit.

To move those cattle we must:

For the less “mindful” of such topics, control of the human mind has been an area of intense study by the intelligence agencies for more than 50 years.

The two most prominent mind control projects of the government were Project Pandora and MK Ultra. Most disturbing is the result (see quote below) achieved during Project Pandora. Here it is announced they were able to inject intelligible information into the mind of a deaf or hearing person over manipulated radio waves remotely. You actually HEAR VOICES in your head and you can understand them. Suddenly the freaky people with the tin foil on their heads look like they “knew something” we didn’t. THEY DID!

“In 1961 Alan H Frey provided evidence that the perception of sound can be induced in normal and deaf humans by irradiation of the head with low power density, pulse modulated UHF . . . The ability to modify behaviour with auditory-cortex stimuli . . .brain rhythm modification and many other biological applications of microwaves has been repeatedly shown since the 1950’s.” From declassified records on Project Pandora released on 19 Dec 1994

PRESIDENT CLINTON APOLOGIZES FOR MK ULTRA
(Naturally anyone who buys this line of crap is a really good candidate for mind control; for entertainment purposes only)

Here is a list of mind control and human control patents. You can search on any of these and read the description. Remote human mind control is no longer a successful experiment as it has progressed to the industrial stage. Now the technology is patented so the inventors and investors can ensure a healthy capital return. Said another way – it is a tangible reality and ready for “production”. Mission accomplished.

U.S. Patent 5,507,291 – METHOD AND AN ASSOCIATED APPARATUS FOR REMOTELY DETERMINING INFORMATION AS TO A PERSON’S EMOTIONAL STATE.

GOD TOLD ME TO DO IT, I FEEL IT

The patent at the bottom of the list, number 6470214, is worth calling out. This is a new one. This “radio frequency hearing effect” is the realization of Project Pandora. This device / method allows the government agency to transmit voices that can be audibly heard directly in the head of a human being, remotely. Even those without the ability to “hear”, e.g. deaf people can now “hear”. The audible voice is heard in the brain. Directly IN YOUR BRAIN.

This changes the whole concept of God talking to you, doesn’t it? Be careful of following your conscience to validate this “voice”. The government can also use ELF (Extremely Low Frequency) technologies to make you feel fear, happiness, euphoria, and horror from remote methods already in place across the U.S.

This strongly suggests that in the very near future you will need to have a very strong and close relationship with Jesus Christ and the Holy Spirit to discern the “voices in your head”.

Further study of these patents reveals strengths and weaknesses of each technology. There is NO QUESTION the best human remote-control methods include the use of an IMPLANTED MICROCHIP.

There is vast information regarding Big Pharma (pharmaceutical companies) and the drugging of our society; even the children. SSRI mind control drugs (Paxil, Zoloft, Celexa, etc.) are prescribed by doctors at an astonishing rate. Many of these drugs have been linked to remote mind control experiments. Most, if not all, contain sodium fluoride – Rat Poison. This is the same substance dumped into our toothpaste and water supply. Small amounts of sodium fluoride cause the human to become PASSIVE. To sit on the couch and watch television (whoops more mind control). Ahhh, this is just paranoia right?

But what about the other people not on SSRI and drinking supposedly safe bottled water? Would it not be a more “perfect storm” if multiple mind control methods were used during such a CALAMITY? Sure.

To make sure the cattle, the millions of mooing cattle, are quickly moved into the fences it is best to deploy the full payload of “control” technologies simultaneously.

But HOW do we get the most bang for the buck?

(AFP) — Malaysia has bought the rights from a Japanese firm to the world’s smallest microchip that can be embedded in everything from currencies to human bodies.

“Measuring 0.5 of a square mm and produced at less than 0.38 ringgit (10 cents) each, the chip – the size of a dot – uses the radio frequency identification (RFID) chip technology. “The application is almost unlimited,” Mahathir told a news conference after annual talks with global hi-tech chiefs at Cyberjaya town in Malaysia’s Multimedia Super Corridor MSC), an enclave south of the capital Kuala Lumpur modelled after California’s Silicon Valley. “We think this is a great breakthrough for Malaysia. It is the first in the world. No other people have come up with such a tiny microchip, particularly as it also has a built-in antenna,” he said.”

BUT WAIT!
HOW DO WE GET THE CATTLE CHIPPED?
A FLU PANDEMIC PERHAPS?
MANDATORY VACCINATIONS? 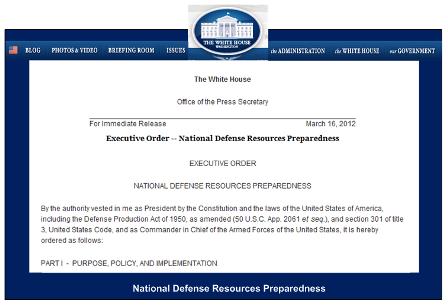