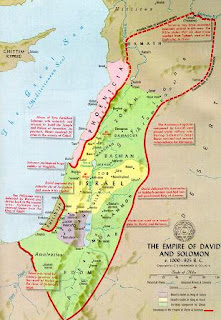 The intention of this article was not to “detract” from praying for Israel and its people, but to point out that the people of Israel are VICTIMS of a war between God and Satan’s army.

A brief study of Ezekiel 36:16-32 helps us understand this confusing dynamic of Israel during the end-times and our allegiance to “God’s will” through our prayer.

The Abrahamic Covenants without questions set in stone God’s promise to this “great nation” and the world. See Gen 12:1-3.  These are referred to as the Seven “I wills”.

But when you do your homework and study the “enemy’s movement”, you become keenly aware that Israel and the United States are part of a global military empire ushering in the Antichrist.  You also discover the controversial origins of Zionism.  In fact, “Zionism” is so controversial that many orthodox Jews and Rabbis living in Israel are highly vocal about it and strongly argue the “mass immigration” of people into the country of Israel (for the sake of Zionism) is rooted in pure evil and contradicts the word of God.

Some of their remarks, based deeply in the Torah, include:

Comment: “but by spiritual means” … so God dispersed them out of the Land and it is God that ultimately brings them back to the Land.  Very thought provoking.

Comment: Now that is a strong statement.  It seems Rabbi Schneerson agrees with Rabbi Hirsch above.  God brings the people back to Israel, not “man”.

Comment: Fascinating.  This Rabbi is absolutely convinced those that are behind the establishment of Zionism are evildoers.  I wonder why he feels that way.  Don’t you?

“It is certain as the sun shines that the Land will vomit the Zionists out, because the Land is the Palace of the King….I don’t say this either to curse or to bless, but because these are things which are written in the Torah and which will take place.”
Rabbi Elchonon Wasserman

Comment: Vomit!  The man said the “LAND” will VOMIT OUT the Zionists.  No you say?  Could this be scriptural?  Makes you think a bit about the Magog invasion and Armageddon a bit doesn’t it?  Makes you think about Ezekiel’s vision of “dry bones” and what Ezekiel saw that describes a nuclear event in the Land.

“The Zionists brought us to the Holocaust. It is well known that it was possible to redeem Jews from the Nazis with money, and save many hundreds of thousands of Jews in Hungary from the fire. THE ZIONIST LEADERS WHO NOW SIT IN GOVERNMENT PREVENTED IT!”
Rabbi Shlomo Zalman Eherenreich

Comment: Wow.  This Rabbi says the leaders of Israel’s government are the same people who prevented the Jews from escaping the murderous Nazis.  He says they are the “same” people who brought them into the Holocaust!  My goodness. Those are strong allegations.

I have already done my homework on this subject and what they are saying is correct.  Those who established the “state” of Israel in 1948 were not good people and frankly not even true Jews.  From as far back as the 1890’s, one of the most Satanic families in all of history, was pushing for the establishment of Israel as a nation state (a Rothschild).  And there is no question that the founding fathers of Israel were bloodlines from Satan’s army. And indeed, many of the current leaders are and have been closely related to and working with the “dark side” traceable back to Nazi Germany.

BUT THIS IS NOT ABOUT WHO RUNS THE STATE!
This is about God’s truly chosen people of Israel, and them ultimately being united to the Land

16 Moreover the word of the Lord came to me, saying: (notice this is God speaking!) 17 “Son of man, when the house of Israel dwelt in their own land, they defiled it by their own ways and deeds; to Me their way was like the uncleanness of a woman in her customary impurity. 18 Therefore I poured out My fury on them for the blood they had shed on the land, and for their idols with which they had defiled it. (so once again the Israelites had idols, worshipped evil, and angered God) 19 So I scattered them among the nations, and they were dispersed throughout the countries; I judged them according to their ways and their deeds. (God “kicks them out of HIS “Holy Land“) 20 When they came to the nations, wherever they went, they profaned My holy name (they profaned God’s holy “NAME”) — when they said of them, ‘These are the people of the Lord, and yet they have gone out of His land.’ 21 But I had concern for My holy name, which the house of Israel had profaned among the nations wherever they went. (God was / is concerned about his “Holy Name”.  The people of Israel embarrassed God and profaned his name.  God is unhappy because his “chosen people” are not living in “his holy land” due to their behavior).

Comment: Now pay attention here.  Remember that God is at war with Satan’s army and Satan’s army is at war with God!  God chose the Jews and gave them the Land of Israel, but they defiled his good name by their abominations, and God had no choice but to kick them out. Out of WHAT?  He kicked them out of the LAND!!  Are you starting to get the idea here?

22 “Therefore say to the house of Israel, ‘Thus says the Lord God: “I do not do this for your sake, O house of Israel, but for My holy name’s sake, which you have profaned among the nations wherever you went. (God is doing all this to protect his good name) 23 And I will sanctify My great name, which has been profaned among the nations, which you have profaned in their midst; and the nations shall know that I am the Lord,” (because the Jews are not in Israel, it profane’s God because both the people and the land should be together) says the Lord God, “when I am hallowed in you before their eyes. 24 For I will take you from among the nations, gather you out of all countries, and bring you into your own land. (This is not a leading question but simply a question – Is perhaps God referring to the “remnant” here?) 25 Then I will sprinkle clean water on you, and you shall be clean; I will cleanse you from all your filthiness and from all your idols. (Has this happened yet?)  26 I will give you a new heart and put a new spirit within you; (this new spirit – is it the Holy Spirit?) I will take the heart of stone out of your flesh and give you a heart of flesh. 27 I will put My Spirit within you and cause you to walk in My statutes, and you will keep My judgments and do them. (wait this sounds a LOT like the Millennium when God re-institutes the practices of the ancient Levitical sacrifice, etc.) 28 Then you shall dwell in the land that I gave to your fathers; you shall be My people, and I will be your God. 29 I will deliver you from all your uncleannesses. I will call for the grain and multiply it, and bring no famine upon you. 30 And I will multiply the fruit of your trees and the increase of your fields, so that you need never again bear the reproach of famine among the nations. 31 Then you will remember your evil ways and your deeds that were not good; and you will loathe yourselves in your own sight, for your iniquities and your abominations. 32 Not for your sake do I do this,” says the Lord God, “let it be known to you. Be ashamed and confounded for your own ways, O house of Israel!” (Not for your sake, but for God’s SAKE and God’s good name).

ONE LAST THOUGHT – JEWS WHO ARE NOT JEWS

9 “I know your works, tribulation, and poverty (but you are rich); and I know the blasphemy of those who say they are Jews and are not, but are a synagogue of Satan.

Indeed I will make those of the synagogue of Satan, who say they are Jews and are not, but lie — indeed I will make them come and worship before your feet, and to know that I have loved you. 10 Because you have kept My command to persevere, I also will keep you from the hour of trial which shall come upon the whole world, to test those who dwell on the earth. 11 Behold, I am coming quickly! Hold fast what you have, that no one may take your crown.

PRAY FOR GOD’S WILL AND GOD’S GOOD NAME!

0 770
The MEROVINGIAN Dynasty – Bloodline of the AntiChrist!! – Must READ