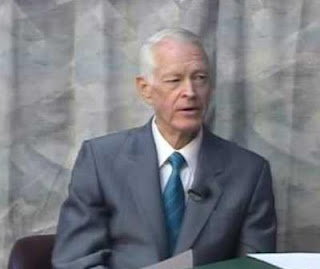 As I brush away the tears from my eyes, I will attempt to present to you the “meat” of the Lindsey Williams “Prophecy Club” DVD set.  I have seen all the web site commentary out there and quite frankly could give a flying flip about what any of them have to say.

Through the 3 hours of his testimony I’ve learned NOTHING.  I figured that maybe he has some insider information from these “Elite” demon possessed freaks on what was coming our way.  And maybe, perhaps maybe, there is some golden insight on what we will see in the next 2 years.  Perhaps his insight will give you some warning as to the timeline we face and what is certainly in store for us all.

But I tell you from the bottom of my heart, that after 3 hours of listening to this information, it was NOT the warnings that made any difference.  NO.  It was the testimony he gave regarding the PEOPLE he worked with in the past.  It was the SIMPLICITY OF SALVATION.

We are so unbelievably entangled in this wicked nonsense about everything and anything that has NOTHING to do with JESUS.  What is the “true name of God”,  (who cares – he looks into our hearts!),  should we follow the Sabbath (who cares – Tetelestai in Jesus name).  Is it the Temple Building, or is it the Temple Body (who cares – its about Jesus).  Why do we let ourselves be sucked into the demonic discord associated with everything that has NOTHING to do with saving souls for our KING?

The following is the Lindsey Williams timeline / data from his $99 dollar prophecy club DVD.  And by the way it is NOT copyrighted and he encourages people to give it out for free.  If you feel strongly about seeing it for free, then you can email me and I will see about getting you a copy.

This is paraphrased with embellished language to get you to the “jist” of his statements.  I simply do not feel there is any divine purpose in beleaguering the points he is making.

The following points were made regarding the “Elite’s” Timeline for our demise:

AND THE FINAL COUP DES GRAS

And the final coup des gras, was GUN CONTROL

This is why the Japanese did not bother to attempt invasion of the American mainland during WWII.  Too many people had guns in their homes.

The final coup will be to take way the GUNS.  We have been watching Alex Jones freaking out over the gun control issue and wondering why it hasn’t started yet.  At least not on a large scale.  Yes they have been practicing for 10+ years.  Yes the lizard-like Hillary has signed away American gun rights to the United Nations.  But the BIG ONE is reserved for the final blow.  They will wait until war had devastated the country.  They will wait until we cannot feed our children.

Then they will take away the guns.

First by offering money for guns.
Then by force.

THEN IT WILL BE:

They have not forgotten.

It is “WE” that have forgotten.

But what is it that WE HAVE FORGOTTEN?

I wonder sometimes why I feel led to buy these DVDs?  After all haven’t I figured it out for the most part?  I’ve known about all this planned “order ab chaos” stuff for the better part of a half decade and arguably for more than 15 years.  Did I think that Williams was going to “knock my socks off” with some hidden mystery of the global takeover plot?  Perhaps I did!  Maybe I did.

At the very end of the third DVD he told a story of a fellow on the Alaskan pipe line project.  This guy was the “unsavable sort”.  He was a leader.  He was a drinker.  He was a story teller.  He was the most admired guy in the entire operation.  And they knew if only Jesus came into this man’s life that all the others would follow along.  So they prayed.

And eventually this one amazing bear wrestling, beer slamming, cussing, womanizing. man-leader. came to realized that nothing else mattered but JESUS!

This one man, told all 400+ of his subordinates that they MUST attends Williams worship sessions.

And hundreds of them were led to SALVATION THROUGH JESUS CHRIST

I do not care what you think you are an expert on.  It means nothing in the eyes of your Heavenly Father.  You might think you have it all figured out.

WHAT HAVE YOU DONE FOR JESUS LATELY? 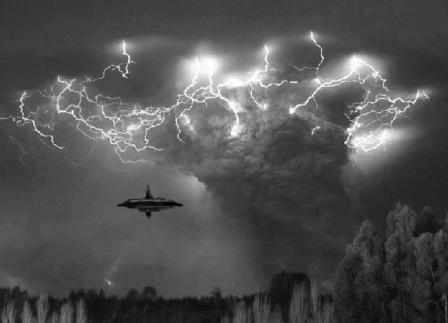 6 thoughts on “Warnings from Williams”