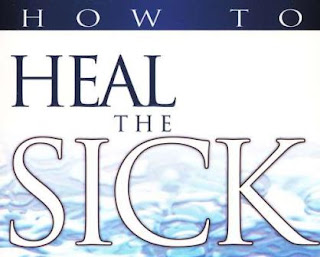 MAYBE WE SHOULD LISTEN
A Warning to Receive

The response from the last two articles has been nothing less than amazing.   We have had a number of wonderful people led to Tribulation-Now’s message board in just the last 2 days time.  It is overwhelming.  It is Jesus moving in a divine way.  The time is very short.   We can no longer sit back and take things for granted.

That being said, a wonderful Jesus filled contributor to Tribulation-Now sent me an email.  He is the Holy Spirit filled “mastermind” behind driving me to starting our message board in the first place.  I wasn’t at all comfortable with the idea because I knew it would be a lot of work.  But people are being helped and testimonies are being given.  It is a divine work of the Lord and its leading us to start a Webinar-based “virtual end-times” church and “Global Intelligence / Spiritual Warfare Training” forum.

Listening Closely To All Word of God

Just last evening, while I was writing the article “NO TIME LEFT”, our administrator Aaron was being led by the Holy Spirit to read Charles and Francis Hunter’s book “How to Heal the Sick”.  This is a FABULOUS book and I strongly recommend it to everyone who wants to understand how the Lord works through divine healing ministries.  I cried my way through the entire book.  It will teach you amazing things that you personally have the power to accomplish through the Holy Spirit and Jesus Christ.

BUT LOOK AT THIS!

Aaron pointed out to me to pay close attention to the PROPHECY in the beginning of the book.

Think about what this PROPHECY means to you!

Think about what this prophecy means to ALL OF US in light of this information unfolding before our eyes in Jesus name.

And I beheld this Christ as he continued to stretch forth His hand; but there was a tragedy. There were many people as he stretched forth his hand that refused the anointing of God and the call of God. I saw men and women that I knew. People that I felt would certainly receive the call of God. But as he stretched forth his hand toward this one and toward that one, they simply bowed their head and began to back away.

And each of those that seemed to bow down and back away, seemed to go into darkness. Blackness seemed to swallow them everywhere.

I was bewildered as I watched, but these people that he had anointed, hundreds of thousands of people all over the world….the anointing of God was upon these people as they went forward in the name of the Lord. I saw these men and women as they went forth. They were ditch diggers, they were washerwomen, they were rich men, they were poor men. I saw people who were bound with paralysis and sickness and blindness and deafness. As the Lord stretched forth to give them this anointing they became well, they became healed — and they went forth!


And this is the miracle of it — this is the glorious miracle of it — those people would stretch forth their hands exactly as the Lord did, and it seemed as if there was this same liquid fire in their hands. As they stretched forthe their hands they said, According to my word, be thou made whole.”…and He said, “…I will restore all that they have destroyed. This, my people, in the end times will go forth. As a mighty army shall they sweep over the face of the earth.”


God is going to give to the world a demonstration in this last hour as the world has never known. These men and women are of all walks of life, degrees will mean nothing. I saw these workers as they were going over the face of the earth. When one would stumble and fall, another would come and pick him up. There were no “big I” and “little you”, but every mountain and every valley was exalted, and they seemed to have one thing in common — there was divine love, a divine love that seemed to flow forth from these people as they worked together, and as they lived together. It was the most glorious sight that I have ever known. Jesus Christ was the theme of their life. They continued and it seemed the days went by as I beheld this sight.


…for all over the world God is anointing mean and women for this ministry. It will not be doctrine. It will not be a churchianity. It is going to be Jesus Christ. They will five forth the world of the Lord and are going to say, “I heard it so many times in the vision and acorrding to my word it shall be done.”


Oh, my people, listen to me. According to my word, it shall be done. We are going to be clothed in with power and anointing from God. We wont have to preach sermons, we wont have to have persons heckled in public. We wont have to depend on man, nor will we be denomination echoes, but we will HAVE THE POWER OF THE LIVING GOD. We will fear no man, but will go in the name of the Lord of Hosts!

6 thoughts on “A Revelation of Outpouring”