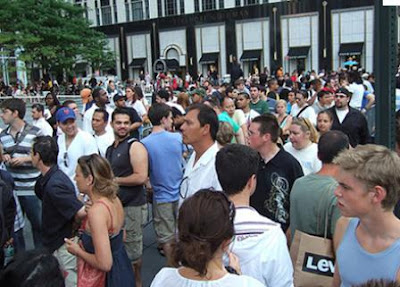 Whispers in My Ears
Anonymous Emails with Hidden Meaning

At the end of the movie 2012, the old wise Lama in the Bell Tower, tells the young boy that you must empty your existing cup of “wisdom” to have your new cup filled up with true wisdom (paraphrased).  I find that position most fascinating because it has become my personal position on all things Biblical.  I so wish folks knew just how much research I have done over the last 30 years of my life.  It would help the reader understand why I refuse to “embrace” the myriad of excellent prophetic doctrines that abound.

From the age of 10 throughout my teen years, my mother used to deluge me with advanced teachings on Bible prophecy.  Every time there was a “Jesus Camp” with teaching tents, I went.  Every time there was ANY event with advanced Bible teachers, I went.  I used to lay on my bed and listen to a record album of Jack Van Impe teaching about the Gog and Magog invasion, Ezekiel and Revelation.  That was in the late 60’s and early 70’s for goodness sakes.

Whenever I used to tell my mother my new found “words of wisdom”, she used to look at me and say “Ya know, I wasn’t Born in a Barn!”  Not a day went by, it seemed, that I wasn’t surrounded by the playing of endless “cassette tapes” of advanced Bible teachers. 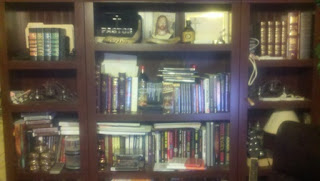 In fact, I guess I have studied just about every single version of Bible prophecy out there.  From Ellen G. White and Walter Veith’s “Total Onslaught” DVD series, to Pastor Chuck Missler’s verse by verse studies of Daniel, Daniels 70 Weeks, Inheritance and Rewards, The Book of Ephesians, and The Book of Revelation.  And quite honestly that’s a teeeeeensy weeeeensy tip of a huge ice berg of research.

But when your research also includes “ancient writings” of multiple civilizations, Atlantis, Genetic Manipulation, Alien Abductions, and “astronomical disturbances” as well as seemingly endless reports from “alternative media sources”, the empirical evidence begins to mount in such a way that you don’t CARE anymore about “no-trib” / “pre-trib” / “mid-trib” / “pre-wrath” rapture debates.

How long is Christianity going to “debate these topics”?  I “guarantee you” people will still be going “back and forth” on all this ridiculous trumped up doctrine until a COMET falls from the sky and KILLS THEM.  Now that behavior, to me,  is utter nonsense.  And many of these “good meaning christians” might possibly put their “salvation” on the line over this “banter” because they “seek understanding” but fail miserably at doing what JESUS told them to DO.

And that’s only a “mini-list”.  And guess what?  Not one thing in that list includes the “back and forth” of who is right or who is wrong about “the Rapture”.

Today being about your Father’s business has taken on a whole new meaning.  Hopefully by now you read the Vision in:

The current “threat terrain” has allegations of a possible “pole shift” happening on March 15th (with some of the effects being felt even sooner), AND the possibility of the New Madrid Fault “blowing sky high”.  Never mind the “Disclosure” threat, and the space wars problem.  Never mind that many scholars believe that the United States is “The Great Babylon” and the city will burn in a single day (likely because of the Natural Gas reservoir that sits under the entire continent).

And what about Jonathan Kleck’s $10 Bill prophecy with the off-shore nuclear detonation?  And the $50 Bill showing the water rushing over the dam?  Wow.

We really need to understand that the Baptism of the Holy Spirit is SUPER IMPORTANT and that it ALMOST CERTAINLY is your only way to be found worthy to “escape all these things and stand before the Son of Man” (see Matt. 25).  Again I repeat … take no chances.

You do NOT want to be here.

And for those of you who think the “rapture” of the Bride is some form of “escapism” theocracy, you really haven’t done enough homework.  Jesus Himself said ESCAPE … get it?  And he said ALL THESE THINGS, not just some of them.  Get it?

Watch therefore, and pray always that you may be counted worthy to escape ALL these things that will come to pass, and to stand before the Son of Man.”

Yes there are “GREAT” Tribulation saints.  Amen!  And yes there is a BRIDE … Amen.  But they are two different groups.  And NEITHER of them are “the elect” (exclusively).  Please stand by for the forthcoming revelation, Praise Jesus.

Two things the Lord has laid heavily upon my heart as of late. The first thing is Planet X. Even though I have done a number of articles with plenty of links, it seems there remains ample confusion out there regarding what seems to me as an indisputable reality. But I study and research more than many folks, so I guess I need to put something together that lays it out in a “slam dunk” article. I suspect this will be a bit challenging.  The information is VAST.  And if I don’t get it out there in a quick 15 minute read, it will fly over the heads of those that need “witnessed” too.

However the other thing the Lord has laid upon my heart recently is the question of “who are in fact the elect” in the Bible. Some think it is the “Tribulation saints”, which was my initial thought. Some suggest there is no “calling up” and they are actually the same thing as the “Bride“. This I know this is incorrect.  The Bride of Christ is absolutely NOT associated with the Great Tribulation saints.  I’ve covered who the Bride is already, so let’s move on to “The Elect”.

If you want more information on who The Bride is and how to “escape ALL these things”, then see the article entitled:

Oil in Your Lamps: The Plane Ticket Home
https://tribulation-now.org/2011/01/27/oil-in-your-lamp-the-plane-ticket-home/

The Mystery of the Elect Revealed

So over the last couple days, “the elect” term kept “popping into my head” over and over. WHY? Every time this happens to me, (words and phrases in the scripture popping into my head constantly), at some point the Lord gives me the answer. And it often comes from the darnedest places.

In this case it came from an “anonymous” posting to my last article entitled “Amazing God’s Marriage Intervention”. How weird is that? An anonymous email came in this morning, and the fellow identified himself by the name “Rob”. Okay. But as I was carefully reading the scriptures he sent me, thinking about how it applied to the “marriage topic”, the word ELECT jumped off the page and slapped me in the face.

You see, the ELECT of Jesus Christ, are those whom we have yet to SAVE!  The ELECT are those of us who Jesus knew before the Foundations of the World. WE (those of us going through this judgement)  are by definition, “the elect”.  And it’s our JOB to find our fellow “elect” and make sure they make the “trip out of here” back to our “first estate”.

You therefore, my son, be strong in the grace that is in Christ Jesus. 2 And the things that you have heard from me among many witnesses, commit these to faithful men who will be able to teach others also. 3 You therefore must endure hardship as a good soldier of Jesus Christ. 4 No one engaged in warfare entangles himself with the affairs of this life, that he may please him who enlisted him as a soldier. 5 And also if anyone competes in athletics, he is not crowned unless he competes according to the rules. 6 The hardworking farmer must be first to partake of the crops. 7 Consider what I say, and may the Lord give you understanding in all things.


8 Remember that Jesus Christ, of the seed of David, was raised from the dead according to my gospel, 9 for which I suffer trouble as an evildoer, even to the point of chains; but the word of God is not chained.

HERE IS THE RIDDLE SOLVED!!!

10 Therefore I endure all things for the sake of the elect, that they also may obtain the salvation which is in Christ Jesus with eternal glory.

If I hadn’t emptied my cup of “so called” wisdom a long time ago and started paying attention to God speaking in different ways, I would still have no idea who “the elect” are.  It seems perfectly clear, that “the elect” are all of us who “knew Jesus before the foundations of the world” and are going through this “test” here on earth.

24 And they will fall by the edge of the sword, and be led away captive into all nations. And Jerusalem will be trampled by Gentiles until the times of the Gentiles are fulfilled.

The Atonement / DNA rescue mission of Jesus Christ will not be completed until each of the chosen “elect” are captured by the grace of God … one way or another.

Be Blessed In Jesus Name