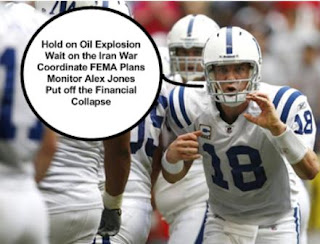 Many years ago a technology was created called “content analysis”.  In fact the company that spearheaded this creation was known as Integralis in the UK.  Integralis was / is what is known as a “penetration testing” company (among other things).  They were basically a group of hackers that were doing work for the “good guys”.  In one particular case, the “hacker team” at Integralis was assigned the job of breaking into a bank.  Their expert teams of “white hat” hackers, hammered away at this Bank for weeks.  But they simply were not able to “break in”.

Then one of their guys thought of something innovating.  They thought to themselves, what if we just “lobbed” an evil email over their “firewall” with a “nasty program” attached to it.  What if we send them a bunch of emails and one of their employees happened to “double click” on the attachment?  What if that “attachment” launched a program on the employee’s computer and made a connection to one of “their” computers specially designed to “break back into” the bank?

So their geniuses went to work.  They wrote a special program that would “phone home” to one of their computers.  They attached it to an email filled with friendly “Hellos and How are Yous” and lobbed it over the bank’s Internet firewalls by sending it to a bunch of their employees.

And sure enough … someone opened the attachment.

And sure enough .. Integralis broke into the bank.

It was the first and best email spying program ever created.

A number of years later, this type of technology advanced.  It was quickly embraced by the “intelligence” community.  Soon the U.S. government and other “special organizations” were using it on the Internet to “listen in” on electronic communications.  Carnivore was hooked up to very large computers and run by the 3 and 4 letter “agencies” to “protect the critical infrastructure”.

Today the name of Carnivore has been changed.  It has another name but quite frankly its not that much different from the original technology.  It’s bigger, its’ faster, and it can gobble up Internet communications at what technology personnel like to refer to as “Carrier Grade Line Speeds”.  And when you “pipe” this massive amount of Internet data into Supercomputers, you can glean a ton of useful information from it.

“They” can tell the computers to look for all sorts of key words and phrases.  It’s really not such an amazing technology.  It has a lot of limitations.  There are Billions and Billions of simultaneous electronic sessions taking place every second across the Internet and even when piped into enormous supercomputers it is NO SMALL TASK to collect useful information from this massive amount of information.

I’ve seen the documentaries about the 2012 predictions.  And I’ve read the book by Thomas Horn on Apollyon Rising – 2012.  All these 2012 predictions are utterly awesome.  Anyone who reads or watches this information and isn’t utterly awe stricken just “doesn’t get it”.  That’s okay … for the most part … we do.  That’s all thats important.

But the Web Bot program that everyone has been so amazed over is not such an amazing thing at all.  Web crawlers have been around for an extremely long time.  A “web crawler” is a computer program that crawls the Internet and accesses everything it can find.  The computers are huge and extremely fast and can slurp down web pages and munge their way through billions of words and phrases at staggering speeds.  It really is neat – but it’s not MAGICAL at all.  To me, it’s rather … well a bit boring.

You see, once you have collected all that data you can search “key words” and phrases.  But it only works “after the fact”.  This means it has utterly NO VALUE at all to someone who wants to know what is going to happen “in the future”.  Contrary to what you might have been led to believe, if you don’t know in advance what you are searching for, the technology offers you nothing.

So when someone types into such a system, the words “2012” or the words “Twin Towers” and finds millions of “hits” on those “key words” years prior to the event actually occurring this is NOT a prediction at all.  However it DOES indicate that there was “chatter” on the Internet that included those “key words” prior to the event occurring.  This might be an indication that someone knew something was about to happen and used the Internet to communicate that possibility.

It might indicate there is something “about to happen” ….

If and only if,  you know what “key word” or “phrase” to type into the system in advance….

“They” Are Changing Their Timeline

After listening to Lindsey William’s DVDs from the Prophecy Club, one of the things I noticed him say was ..

“They are Changing their Timeline”

So not only are these “evildoers” having routine ritual Satanic ceremonies to conjure up their demon demigods for “cosmic” instructions, but they are also using the “Carnivore-Like” Web-Bot systems to “listen to the electronic banter”.  Not only do they listen closely to folks like Steve Quayle and Alex Jones, but they listen to the “web-bot” noise and monitor for certain key words.

If “they” are planning to ignite the methane in the Gulf and cause the next 911, they monitor for “chatter” and watch what folks like us are listening too.  They KNOW what we are talking about.

THEY ARE CALLING AUDIBLES.

So many people get frustrated about things that we know are eventually going to happen.  Many of us wonder what the “hey” is going on.  I remember it was only about a year ago and the whole USofA was in a panic about “road blocks” and forced swine flu inoculations complete with mandatory bracelets and tracking devices.

The fear was very real.  Many of us were staying up late at night and monitoring for road blocks across the country.  I have a trucker friend and would call him for “Intel” and ask him to keep his eyes open for “signs” on the highways.

They know we are watching them.  They are shifting gears faster than we can “pack our bags”.  It doesn’t mean they aren’t eventually going to do these things, but I guarantee you they know exactly what we are thinking about because their supercomputers are telling them so.

Don’t become discouraged and continue to Watch and Pray.

0 339
Is Allegiance to the State of Israel Misplaced?