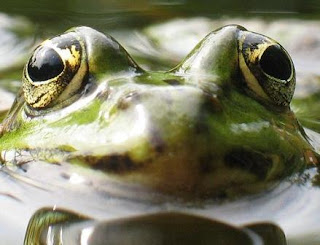 Below is a link to the Gulf of Aden Star Gate testimony and quite a bit of other data collected by the article’s author.   If you take the time to listen to the full 1 hour and 26 minute testimony of Aaron McCullom, you will be able to glean out some very interesting information.  But there is more than “meets the EAR” here (thanks Kari).

If you pay CLOSE ATTENTION to Mr. McCullom’s eyes, especially around the 44 minute mark (and from there forward) you will see a “tell tale” rapid eye movement occurring.  His eyes will dart down and to the left extremely fast, almost like a “twitch”.  This is not normal and I have seen a similar characteristic manifest in those who were (are) perfectly possessed.  In fact, some people that I have seen this same “eye darting” characteristic were said to be completely possessed by “reptilian demons”  by multiple sources.

It occurred to me while listening to this person’s testimony that either 1) he was sincere about wanting to tell his story to help mankind and disclose the evil “cabal” or 2) He was acting a part to further a deeper deception.  It also occurred to me that it is quite possible that Lucifer’s minions are being pitted against one another.  So IF this person is perfectly possessed by a “walk-in” reptilian demon, it COULD be possible this is one of the “so-called” good one’s.  How utterly un-real it is to actually consider the dynamic in the ABC Mini-Series “V” could be for real.  How unbelievable it is that there could be “good reptilians” and “bad reptilians” (in their own minds).  Mind Controlled Minds … that is.

Things are getting really interesting.

Additional Star Gate Tidbits
Mr. McCullom brings up some alarming points.  And it seems most apparent to me that he is almost certainly possessed by “something” bad.  But in these extremely dark days we live in, to those of us who Love our King Jesus Christ, ALL of these entities are bad.  In fact it’s important to realize it may not be long before we have nobody (on earth) we can trust except one another.  And in some cases those we believed we could trust will turn against us.  This is going to be very hard to deal with.
We need to learn how to AMPLIFY our spiritual relationship with JESUS in such a way that our “spirit of discernment” is very POWERFUL and highly accurate.  And very soon we will not be able to take ANYTHING for granted.  At this stage, I take NOTHING for granted.  I pray about everything.  Constantly!
PRAY AND PRAISE
PRAY AND PRAISE
Evidently this Gulf of Aden Star Gate is actively letting “space ships” flow in and out of it.  It has been suggested that the entities that are flowing in and out are those who “seek to do us good”.  In fact it was suggested that the “Federation of Light” people are those behind this Star Gate and the global military buildup there is to “control” and ultimately STOP these “good aliens” from breaking through in force.
It was clearly stated the some type of false flag terror attack event(s) is yet to occur here in the United States and across the world.  This series of events would lead to a very large Afghanistan-type war situation in Yemen.  This actually makes sense since it’s no big secret that the evil “cabal” has been “front loading” our minds with Yemen being the epicenter of “terror” activity for a very long time.  And when you realize that 95% of what the average person sees on TV is a distraction, you have to ask yourself…. from WHAT?
WHAT ARE THEY  DISTRACTING US FROM?
There is evidently also another HUGE Star Gate about to open off the coast of MIAMI!
MIAMI !!
And evidently there is some type of underwater alien-demon freak-show Star Gate “base” of sorts off the coast of Puerto Rico called “Sea-Gate”?  No wonder Puerto Rico, of all the Island Countries in the Caribbean, was the one country the United States decided to make part of “it’s own territory”.  FASCINATING!!
Summary in Jesus Name
I find it utterly un-real to see all the things that are happening around us.  We can never forget one thing for another.  This is hard to do.  A Chinese nuclear submarine fired a missile off the coast of the U.S. ten days ago and we are already focusing our attention on other things.
I believe, somehow, we must never let our attention be focused on any ONE thing (except JESUS).  Personally I make it a point to remember all the news tidbits that have happened over the last YEAR at a minimum.  Often times I will read over my old articles just to help me remember some of the alarming ALERTS we were all worried about at one time but have suspiciously forgotten.
ANYONE WANT SOME OIL VOLCANO SOUP with a splash of COREXIT?
People we are in a STRANGLE HOLD.  In fact, we have been in a strangle hold now for YEARS AND YEARS.  The more I think about it the more I believe that either they are waiting for the Planet X approach to “heat things up” or they have some other cosmic master plan that they intend to break prior to the Nibiru “catastrophic climate change” events.
Oh wow… I almost forgot.
Nibiru!
JESUS IS THE ONLY ANSWER
Get yourself a White Board and KEEP TRACK
And most of all …
BE BLESSED IN JESUS NAME
﻿

2 thoughts on “Waiting for the Water to Boil”