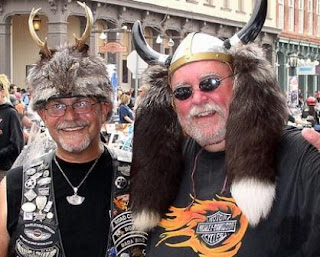 As the fascinations with alien-demons increases, you will notice some unusual debates about “hybrids”.  It was called to my attention by one of Tribulation-Now’s key contributors (Tamra), that L.A. Marzulli interviewed a fellow by the name of Chris Ward (see link below).  Frankly I have no idea who Chris is and I have only read one of Marzullis’ books.  We are all in this together and I think every Christian working against this “alien demon” threat is a HUGE ASSET to this war for souls (and spirits) here on earth.

GOD BLESS THEM ONE AND ALL!!

That being said, it appears there is some interesting dialogue breaking wind (was that a pun?).  Evidently, as some of us are becoming more and more “educated” on the depth of the “infection”, we are beginning to realized that these “hybrid” beings actually walk among us.  (I’ve known it for years now. Its a pretty weird feeling sometimes)

Now I will keep my sources anonymous and quite frankly don’t really “get into” implying that I have all these “fabulous covert Top Secret sources” any how.  In fact I don’t really.  But I do get communications from various folks that make highly credible claims.  I tell you the truth that I have heard from some FABULOUS people via email.  Sometimes I break into tears when I hear their stories.  Other times I am so utterly freaked out that I call every “thought leader” with Tribulation-Now and “wig out” with them, considering what I’ve been told and the ramifications.

One kind woman, who I would forever keep anonymous, wrote me several emails.  I haven’t heard from her in awhile and due to the sensitivity of her situation I will not even mention her first name.  Suffice it to say that she wrote me about 3 or 4 lengthy and detailed letters regarding her “husband”.

She was / is utterly positive her husband is “not from this world”.  She went on to explain, in astonishing detail, some of his behaviors, and exploits.  I must say it was right out of a Sci-Fi motion picture.   It included some pretty bizarre behaviors and supernatural “colors and auras” (hard to explain) that were definitely “not normal” (and that’s putting it lightly).  It moreover included some outright admissions that were not easily dismissed.

The point here is simply this.  They DO WALK AMONG US.

So we need to “watch our step” as Christians and “keep out of the business” of judging IF someone MIGHT be some type of a Hybrid Alien.

Our Job, as commanded of us by our KING … YESHUA JESUS MESSIAH is pretty clear.  Read this entire article because at the bottom you will see a verse (almost certainly one of many) that “spells it out”.

It’s one of those verses that makes you say …

Here below first is the Marzulli article.  It is followed by the letter I received from Tamra and then closed up with my response.  I pray the Blessings of Jesus Christ be with you every day of your walk, in JESUS NAME.

My guest last night on Acceleration Radio was Pastor and exorcist, Chris Ward. We spent the fist hour talking shop about the UFO phenomena. However, the second hour was over the top.

Ward believes, like I do, that there are Nephilim hybrids that are on the earth. In other words the fallen angels are doing what they did way back in Genesis 6, they are created hybrids. As in the days of Noah so shall it be when the son of man returns.

Ward takes it a step further and proclaims that the Nephilim hybrids can be saved. I’m still doing my homework on this so I’m not going to rush to judgement. The danger that I see is that the hybrid program blurs the line between what is human and what is not. This is what the Transhumanism movement is all about. Calling Tom Horn, where are you when we need you!

Ward claims that he brought a woman who was a hybrid to salvation. He said it was a gut wrenching moment. However, I’ll play the skeptic here, how do we know she was really a hybrid? We don’t, but Ward claims that he has material that could be tested for DNA, which could prove it. All we need to do is to raise the funds to get a DNA test. Anybody out there that wants to help with this, shoot me an email? la@lamarzulli.net

For a link to the entire article click here:
http://lamarzulli.wordpress.com/2010/12/09/nephilim-hybrids-recap-of-last-nights-show-chris-ward/

Tamra’s Letter to Me

Umm, could not pass this one up!

Did you see this on LA Marzulli’s site today?  http://lamarzulli.wordpress.com/ Wow!!!!

From my understanding so far, nephilim hybrids cannot be saved. From Enoch, we know their father’s (fallen angels) were not ever to be saved. Wasn’t Jesus addressing these spirits when they asked to be sent into a herd of pigs?

Ok, IF I believe that all DNA is infected on planet earth as Jesus says in

“You do the deeds of you father.” verse 42 “If God were your father, you would love Me, for I proceeded forth and came from God; nor have I come of Myself, but He who sent Me. Why do you not understand My speech?  Because you are not able to listen to My word. “You are of your FATHER THE DEVIL, and the desires of YOUR father you want to do. He was a murderer from the beginning, and does not stand in the TRUTH, because there is NO TRUTH in him. When he speaks a lie, he speaks from his own resources, for he is a liar and the father of it.” verse 47 “HE WHO IS OF GOD HEARS GOD’S WORDS; THEREFORE YOU DO NOT HEAR, BECAUSE YOU ARE NOT OF GOD.”

Then we read throughout …

“NO ONE can come to the Me unless the Father who sent Me draws him; and I will raise him up at the last day.”

And so, Jesus explains the only way to be saved in John 3.

Our DNA must be changed through this BORN AGAIN SPIRIT AND BAPTISM!  Don’t you just love John?  I think that is why he was to beloved by Jesus, JOHN GOT IT!

Now thinking a bit further, the question brother LA is presenting here is whether or not these hybrid entities can be saved?

I know their Father’s sought forgiveness, but were denied.   What do you think?

My Answer back to Tamra

This is a very hard and tricky thing. I too acknowledge the language in the verses you show and it certainly doesn’t indicate they can be saved to me. Not only that, but when you consider the 3 dispositions of the Book of Life (those that are not invited period and never were), it indicates there are those that “would not / could not” be saved.

The problem we have here Tamra, which is underscored by Marzulli’s comments, is we do not have a proper set of definitions. What exactly is a hybrid and at what point do they become a “U” version hybrid.  AHAAA!  What is a “U” version hybrid?!  Exactly.

I say a U-version Hybrid or (UH) is one that CANNOT be saved. This would be one that was fabricated to some (undetermined) level in the laboratory or housing a sufficiently altered genome such that they are no longer a suitable flesh extension (“host”) for the Spirit of the Living God.

Think about it. If God’s spirit cannot live (dwell) in the “Holy Temple” (hint your body is the Temple) then the “flesh blob” does not have anything that can “house the spirit of God” and thus cannot qualify as “save-able”.  This “notion of mine” is further substantiated by Father Malachi Martin’s description of the “perfectly possessed” (which I suspect come in a number of varieties).  As Father Martin maintained, these “perfectly possessed” types could simply NOT BE SAVED … period.

Now on the other hand, if you were “corrupted” through blood lines over the years then this is not a big deal. There is a huge difference between being mostly human and mostly not human. Again the problem here is “how do you define that”?

If Marzulli realized that HE Himself is “technically” “alien-demon-seed” (as we all are to some small extent), he would probably run around freaking out and scrubbing his body with Lysol.

THE BLOOD OF JESUS is what binds our fleshy bodies together. The meta-physical / spiritual conversion that occurs when being born again rejuvenates our “host bodies” and spiritual energies in such a way that we remain impervious to the infection (Mark 16:18).

For a small taste of just how powerful becoming “born-again” really is, see Sid Roth’s show with Dr. Leaf on “Its Supernatural” here:
http://www.sidroth.org/site/News2?page=NewsArticle&id=9555&news_iv_ctrl=0&abbr=tv_

This woman has proven there is an unseen neurological and phsysio-chemical change that happens through the born-again salvation / sanctification process.  AMAZING.

Here is the secret to understanding this challenge in my opinion.

It is NOT our job to judge nor determine nor estimate whether or not an “entity” is qualified to make it into heaven. It is our job to lead those we “can” to Jesus through setting good examples and jumping at the chance to witness when it is possible. Those who are called by God will come. God will lead HIS children to us.

We fail to follow Jesus’ command only when we do not take the step of boldness necessary to DO SOMETHING about the opportunity presented.

We must never allow ourselves to consider whether a person we meet might be some type of a hybrid.

And He said to them, “Go into all the world and preach the gospel to every creature [wow what’s that?] 16 He who believes and is baptized will be saved; but he who does not believe will be condemned.

THE BIBLE HAS AN ANSWER FOR EVERYTHING

Don’t you wonder why the scripture used the word KTISIS Strongs 2936 [creature]?

6 thoughts on “Can a U-Version Hybrid Be Saved?”