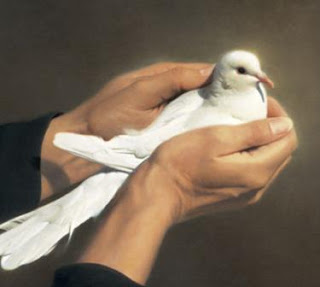 PEACE and SAFETY
What Does This Mean?

Yesterday I received an insightful email from an awesome spirit named Laura.  Her email, like many, radiated excitement.  She was blessed by the article entitled “Are You Ready” and had some thoughts to add.  But as often happens, one thing leads to another and new revelations “jump of the page”.

In this case, “three little words” seemed to “wrap their arms around me” as I read them.  This is hard to explain.  I often wonder how it is that the Holy Spirit reveals the meaning of scripture to people.  Think about this.  How many times have you heard a “well known” Christian leader claim that the Holy Spirit revealed something to them, a hidden meaning in scripture, and they turned out to be W R O N G ?  For me it has been a BUNCH of times.  Too many to mention.

More on this later …

Benefit of the Doubt

Again I reflect back to Deuteronomy 18:22 and the fact that even when an Old Testament prophet “spoke” he might add stuff into his prophecy “presumptuously”.  I call this the “human element”.  Dow Chemical would refer to this as the Hu8 Element (tongue in cheek).  God warns us in this scripture that, even though prophets have a tendency to add the Hu8 Element to their prophecies, we should still pay attention to them and we should not “be afraid of them”.

We are to “stop with the blame game” and give them “the benefit of the doubt”.  You are to “put it on a shelf” and WATCH and PRAY.  Remember these were FULL TIME prophets back then.  Consider that!  These were SERIOUS prophets on a level that, quite frankly, don’t exist today in the same way.

I wonder what it would have been like to hang out with one of those guys on a Thursday night? (notice I didn’t say Friday night — HA HAAA to you Sabbath folks out there … you didnt’ get me this time 😛 )

But first let’s look at something that should have been obvious to me but wasn’t.  Now dont’ get me wrong here, we all remember scripture to some extent, but make no mistake it can be complicated.  I think you would agree.  Tidbits of scripture dance about throughout all the text and are interlinked to form meanings that might not be obvious at first glance.  This is why it is so important to read the scripture more than once.  This is why it is so important to SHARE your findings, like the Bereans, amongst one another as part of the Body of Christ.

For anyone who may be concerned about “missing the boat”, here is arguably the best verse in the Bible for you.

But you, brethren, are not in darkness, so that this Day should overtake you as a thief.

Basically the concept of missing Jesus (because he comes as a thief in the night), should be resolved at this point.  However I recommend you read the entire chapter of 1 Thess 5 because there are some other hints regarding your “state of mind” and other factors associated with “readiness”.

Rapid Fire Day of the Lord?

What is the biggest question you have, at this time, concerning the “end times”?  Hmmm.  I would suggest it is likely the question WHEN.  Right?  Even though we really aren’t supposed to be too concerned with “when”, the scripture does say to “watch and pray” and be ready fairly often.  So evidently we are dealing with a “balance of priorities” and a “focus” issue here.

That’s super tricky when you have a “day job” and a “family life”.

Sometimes I must admit I get a little frustrated (even peeved) about some of the communication styles of the various web sites out there that claim to be “prophetic” in nature.  There are few people as forgiving and understanding as I am when it comes to marginally correct or incorrect prophecy.  I have been made an utter fool of by embracing a number of prophecies and “time estimations” over the years.

For example consider Mary Ann Brown’s 1976 “Vision of the Lord” prophecies posted here on Tribulation-Now (thanks to the kindness of my wonderful sister Paula).

If these visions are actually going to occur before Jesus returns, then either God is going to have to make the days longer or all Hell is going to break loose any second.  And so many of these events will have to be schmooshed into a few months.  Nobody will have time to realize Revelation unfolding. Maybe that IS what will happen …  I don’t know.

When I look at the 30 years of prophecies I have “placed on a shelf”, NEVER ONCE have I called a single person a false prophet.

So when you think about it … either we HAVE SEVEN YEARS or we DON’T .

(and just so you know, I even received an email from someone “pretty sure” we have until 2030 … wow)

One scenario “makes sense” and one scenario leaves you wondering “how in the world are all these things going to “come to pass” in such a short time frame?  Unless you believe that 100% of the Bible prophecies are “in the past”, then it seems unbelievable that all this is going to unfold by 2012 (give or take a year with “wrath”).  That doesn’t leave much time for hardly anything to “unfold”.

And what about all those people with their investments in Reptilian Teak Spears and Orgone Supersoakers??  What a waste of money that could end up being!!

First … here comes that disclaimer again.  I DO NOT KNOW.  Maybe that gives me the humility to endure.  I really don’t know.  Keep in mind I really do have a lot of people who write me regularly that believe 2012 and the DESTROYER STAR are the END!   I find it fascinating that even web sites like Planet X Forecast  http://www.planetxforecast.com/ suggest multiple scenarios of Nibiru destruction and “fly by” patterns.

And we have to leave some time for the Federation of Light people to stop by with their “Blue Beam” of safety … right?

But I warn you that there are other prophetic sites that come right out and suggest that God has already made up his mind and you are DOOMED ALREADY!!

Now that does not set well with me.  THAT makes me want to TURN THE TABLES OVER IN THE TABERNACLE on that person.

Which segways quite nicely into the three words that Laura’s email led me too.

I call your attention to …

5 But concerning the times and the seasons, brethren, you have no need that I should write to you. 2 For you yourselves know perfectly that the day of the Lord so comes as a thief in the night. 3 For when they say, “Peace and safety!” then sudden destruction comes upon them, as labor pains upon a pregnant woman. And they shall not escape. 4 But you, brethren, are not in darkness, so that this Day should overtake you as a thief.

Did you notice the THREE LITTLE WORDS??


Summary in Jesus Name
People are always asking me if I am a “pre-trib” / “mid-trib”  or “pre-wrath” rapture person.  Sometimes I don’t even know if I am an ANYTHING person.  Honestly, I am not entirely convinced there is going to be ANY rapture, per se.  I do believe the scripture bears some sort of “calling up” … there is no doubt.  But that may simply be a quick snatch with following wrath.  There are simply too many ways to decipher the text and far too many excellent scholars who make solid arguments that differ.
That being said I fancy myself as a “PERPETUAL IMMINENCE” person.
But we all must try to NOT be so much like the Thessalonians.  We all need to listen to Paul’s recommendations and take away some peace that “we ourselves know perfectly well the Day of the Lord comes as the theif in the night”.
Maybe we are already at the “head of the class”.  Maybe we should put down our “Third Generation Night Vision Goggles” for a little while and enjoy this wonderful Garden of Eden the Lord blessed us with.
In closing please note those THREE LITTLE WORDS
It says when “THEY” say “Peace and Safety”
THEY
Who are they?
Are “they” saying “peace and safety” now?
War in Iraq,   War in Afghanistan.  Pending war with Iran.  Pending military actions everywhere.  The list is rather large.  Doesn’t it sound more like we are in the “wars and rumors of wars” stage?  I don’t know.
Please email me when someone who qualifies as “THEY” tells us that we have entered a state of “peace and safety”.
Who knows for sure…
Perpetual Imminence Wins the Race
SMELL THE FLOWERS
ENJOY YOUR BLESSINGS
PLAY WITH YOUR CHILDREN
FEEL THE LOVE OF YOUR HEAVENLY FATHER
PRAISE JESUS FOR HIS LOVING AND FORGIVING ARMS
THANK YOU HEAVENLY FATHER
for
THIS WONDERFUL BLESSING OF LIFE
(you didn’t have to invite us … we praise you for this chance)