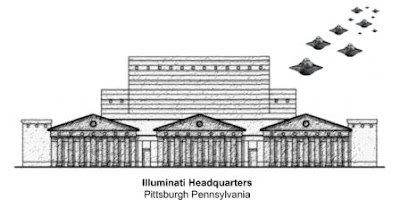 The Disclosure Question Looms
Beer, Pretzels and “Them”

Many people are not aware that Pittsburgh, PA is the Headquarters for the Illuminati in the United States.  Do you remember the day Obama made the Abraham Lincoln style ride on the train?  I believe that same day he was secretly whisked off to downtown Pittsburgh to meet with the upper echelon of the Illuminati at the “Greater Pittsburgh Masonic Lodge”.  Now for your information, this is no typical Masonic Lodge.  This is a Mega-Lodge “compound” complete with all sorts of “stuff” to stir the imagination.  Knowing what goes on in the catacombs of the Vatican, I think I will personally keep my distance.  However you can bet that Obama was officially “sworn in” to the cult in some type of official capacity during that “clandestine” visit to the “darker realms” of the Universe that day.

And isn’t it fascinating he was immediately flown off to meet with the Queen of England.  For those of us who understand “it’s” role in this Luciferian / reptilian onslaught of humanity, it is no big surprise.  Now maybe I am imagining things, if so, guilty as charged, but since there is much evidence to suggest that these “reptiles” will kill off a person, clone them, and then “live inside” their “host bodies”, I suppose it’s not out of the question to consider that Obama really isn’t Obama … If you “get my drift”.

I do not know if I will personally watch the Superbowl.  To me it’s just not important. 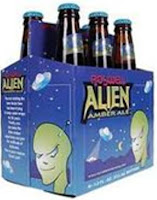 Last year there were predictions being made by various “New Age” Federation of Light “alien-demon” entities (and other folks as well), that there would be a UFO Landing of sorts at a major sporting event.  And naturally the Superbowl was mentioned.  I believe prior to that “they” had predicted one to land during a major playoff game in the Fall.  It’s hard for me to recall the specifics, but I think I sent out an email to folks telling them to “watch out”.

Of course I got a few “tongue in cheek” comments from some close friends.  But today at least one of these “close friends” is has taken his “tongue” out of his “cheek” and is seriously wondering when the big “Disclosure” is going to occur.

Some say the “Disclosure” has already happened.  Last year there were some major “fly-overs” of “fleets” of these things.  It’s all over You Tube.  Never mind the recent “Dome of the Rock” event that appeared even on the Hal Lindsey Show.

In some countries the government has pretty much come out and admitted they exist.  Truth be told, they didn’t have much choice.  The darn things are everywhere.  Just look at Mexico for crying out loud.  There are endless videos of UFO’s all over the place down there.  Police officers with their hands shaking.  People on the verge of a nervous breakdown on the news.  Videos of “flying demons” … you bet!  I watched one of them and couldn’t believe my eyes.  Naaaah.  Must be a bunch of poppycock.  Demons don’t fly!  Do they?

And South America is loaded with them.  Brazil is full of reports of these things.  When you research the “New Age” UFO “Star Worshippers” they make no bones about the fact that down in South America, the people accept who they are from their ancient traditions.  They are already “Prepared for the Landing”.  To many of the indigenous nations and natives down there, “sun gods” are a fact of life that has been a reality for thousands of years.

And then I receive an MSNBC Report from Christina.  A Jesus Filled Shout Out to You!  She emailed me this morning to explain that they are blanketed with more snow than she’s ever seen in her life.  That’s a BIG STATEMENT from someone who lives in New Hampshire.  Never mind the fact that last evening there were Thunderstorms and Lightning all over the place.  THIS DOES NOT HAPPEN IN THE WINTER.  Period.  Anyone for a little “Day After Tomorrow” movie re-run?

So in this MSNBC Report on the Egypt Riots, at the 7 minute and 43 second mark, she says to me, LOOK!  So I did.  At first I didn’t see it.  It “appeared” to be a green colored camera lens anomaly or reflection.  But Christina doesn’t make those types of mistakes.  I had a hunch I needed to freeze frame the image and look much closer.  And sure enough … BINGO.  It was not a lens reflection.  There is no question there was some type of green colored demon with wings flying across the lower right quadrant of the image.  I was like “NO WAY!”.   Yep.

The “vibrational shift” of 2012 is well underway.

We all know something is going to “break” sooner or later.  For those of us who are watching intensely, the evidence is everywhere.   Until the United States take the global “podium” and makes an official announcement, the “Disclosure” is pending.  While other countries have every reason to think the USoA’s position is ridiculous, it is the sad state of affairs that exists today.  There is an agenda.

We know what it is.

Isn’t it interesting that the Chairman of the United Nations Security Council is the POTUS (President of the United States)?  Isn’t it fascinating he looks like a DNA clone of Akhenaten the hybrid “star god” of the Sun God Aten?  Isn’t it creepy that he secretly flew to meet the Queen of the Reptiles after going to the super dark Illuminati Headquarters?

Maybe I will watch the Superbowl.

But NOT because I could care a less about the game.  Not “that” game anyway.  The only game in town for me is the one Lucifer is playing with humanity and “our goal” of saving souls for the Kingdom of Heaven.

And Be Blessed in Jesus Name

0 391
“Conspiracy Theorists” being Intentionally Discredited on a Global Level