HR 166 – Hate crimes legislation; If you hurt people’s feelings and they testify to this fact in court; a judge can rule it a Felony.

HR 2401 – The No Fly List is increasing at alarming rates. Well over a million and gaining up to 20,000 or more per month. This bill prevents you from buying a gun if you are on the Government’s LIST. Remember nobody knows if they are on the list (until they try to fly or now buy a gun). Go to the ACLU’s web site and see entire web pages of people that are NOT terrorist – just regular folks like you and I on the LIST. And no matter what you do you cannot get off the list.
NAZI GERMANY FOLKS

I received another unconfirmed report that Jack Van Impe (and team) received a leak from the Bilderberg Meeting taking place now in Greece. Reportedly they have made 2 critical decisions, 1 – To Chip the population within 3 years (not sure if that means begin or complete – word to the wise) AND 2 – To crash the U.S. Dollar completely starting as soon as possible.

Reports from other sources say that we will see a dramatic increase in the stock market over the next couple months that will lure in investors, and then a huge sell off at the end of the summer setting record lows and ushering in the US money collapse and a real depression – SOURCE – Gerald Celente – Trends Research, New York
http://www.trendsresearch.com/

And even more disturbing is a report that is again NOT confirmed but suggests strongly that the US Government will begin the rounding up and illegal and covert incarceration / detainment of people that are on their “lists” (e.g. people who are considered “terrorists” under their new loose definitions) within the next 6 months. The reason I give this source some credence is the man seems to be a born again Christian and definitely knows his scripture. So I treat this source as a “”” possible “”” Christian alarmist at worst. He makes NO claims of being a seer or a prophet – only a Christian Researcher / Lecturer.

I think this is worth a read just in case it becomes a worst-case-scenario and we discover through news leaks that it has BEGUN. Remember we will only find out about this stuff through news LEAKS. It will be hidden intentionally from the public view (JUST LIKE HITLER DID).

Remember the Persecution of the Christians begins in the SEALS and the SEALs are opening fast. Are we not believed to be on the 6th SEAL? Some believe so.

I believe it is now time to focus your prayer on the protection of the Christian Church, look at going underground and have a plan to do so.

I leave you with a quote from a person with really good intentions:

All the Glory Be to God
We pray Lord for your Armor!!

—
“…And if those days had not been cut short, no human being would be saved” 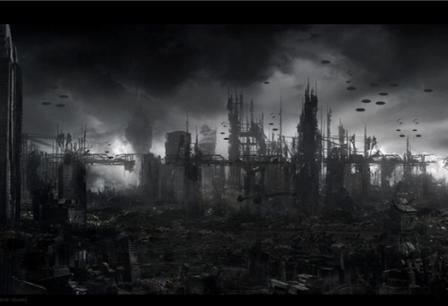