What if you wanted to conquer the world? Not just rule the world but down-right “conquer” it and make literal slaves out of the people under your rule. Like ancient Egypt. What if you discovered a formula that allowed you to infiltrate a country and ultimately conquer it using no weapons at all? In fact using only persuasion and money.

This is a topic that could take up many books. Many of those books I have probably already read for you. You see the fact of the matter is that the world has been in progress of being “conquered” quietly now for about 50 years. How so you say?

Well imagine there was a country that was very wealthy. And this country made loans to other countries whenever they could because it was profitable and lended to itself a bit of power over that country. Imagine that in many cases the country that was loaned the money could not pay it back on the terms agreed when it was due. What then does the loaning country do to get their money on time?

To further simplify the process one might make a comparison to one of the oldest and most proven methods of loaning money. Think of what we today call the Loan Shark.

If the Loan Shark doesn’t get the money he punishes the debtor. But wait, so how does the rich country get their money back? Well they could really scare the rule of the debtor country like the Loan Shark does. But if things got really tough the rich loaning country might have to what perhaps … threaten them? Or maybe they will raise interest rates and cut another loan deal to build a new highway system before they call in the hitmen?

Simply put, that’s how it works. The rich loaning country strikes up huge loan deals with other countries. Nothing is free and the lending country does not give away “aid” or loans without a quid pro quo. But it is actually far worse and far more sinister than this. When you peel this Onion back it gets really ugly. It includes assassinations, bombings, and even wars to resolve debts.

Now what if this rich loaning country was not actually a COUNTRY per se? What if the loaning “entity” was loaning institution on a grand scale? What if this institution (bank) had headquarters locations all over the world and its founders were the oldest banking families in the world? In that case the only way to depict this relationship is to draw two circles. A small circle above a big circle. The big circle is the Earth. The small circle is the separate bank and loaning families that make loans to all the countries in the big circle – the Earth. These “bankers” are separate and are not a country. In fact they are an integral part of the economy of many large powerful countries. You can’t attack them back. Not really. Who are you going to attack? A bank? A “corporation”?

Owing this bank is a bad position for a country to be in. The loan recipient country is in big trouble. The loaning bank can affect food supplies, cause riots in the streets (e.g the IMF Riots), cut off gas supplies … oil. Let’s put it this way … their Walmarts may have no product on the shelves. This is very bad. It is what starts wars.

I cannot make you drink but I will lead you to the water.

Below is all the proof you need to understand how this works and that it has been going on for years. But be advised! These EXACT SAME METHODS are being used on the “developed” world at this time. These tactics are now being levied down hard on the United States, and the UK right now GANGBUSTERS!! But in order for you to become convinced you have to KEEP READING!

There are two people I am going to introduce to you. Both alive today.

Joe and John both have something in common. Both worked for this loaning banking “entity”, this global money power. You see they were both working actually for different corporations but in reality all these corporations make up this pyramid of global banking power. Mr. Perkins worked for a company back in the 1970’s called Chase T. Main. Their money supply however came from the World Bank http://www.worldbank.org/ and International Monetary Fund http://www.imf.org/external/index.htm . Mr. Perkins title at Chase T. Main was “Chief Economist”. He would fly around the world and cut “deals” with governments that included huge loans in the billions of dollars. Similarly Mr. Stiglitz (we’ll call him Joseph), also had the title of “Chief Economist”. But surprise, surprise in his case he actually worked directly with World Bank. 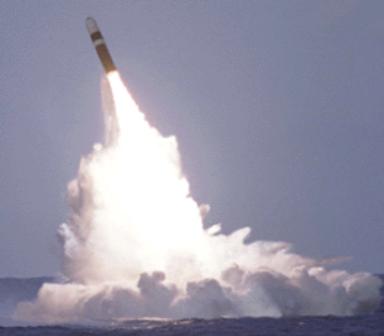