“THE REAL MEANING OF THE ZODIAC”

“There exists in the writings of virtually all civilized nations a description of the major stars in the heavens—something which might be called their “Constellations of the Zodiac” or the “Signs of the Zodiac,” of which there are twelve. If you go back in time to Rome, or beyond that to Greece, or before that to Egypt, 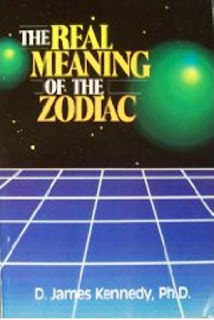 Persia, Assyria, or Babylonia—regardless of how far back you go, there is a remarkable phenomenon: Nearly all nations had the same twelve signs, representing the same twelve things, placed in the same order….The book of Job, which is thought by many to be the oldest book of the Bible, goes back to approximately 2150 B.C., which is 650 years before Moses came upon the scene to write the Pentateuch; over1,100 years before Homer wrote the Odyssey and the Illiad; and 1,500 years before Thales, the first of the philosophers, was born. In chapter 38, God finally breaks in and speaks to Job and to his false comforters. As He is questioning Job, showing him and his companions their ignorance, God says to them: “Canst thou bind the sweet influences of Pleiades, or loose the bands of Orion? Canst thou bring forth Mazzaroth in his season? Or canst thou guide Arcturus with his sons?” (Job 38:31,32). We see here reference to the constellations of Orion and Pleiades, and the star Arcturus. Also in the book of Job there is reference to Cetus, the Sea Monster, and to Draco, the Great Dragon. I would call your attention to Job 38:32a: “Canst thou bring forth Mazzaroth in his season?” Mazzaroth is a Hebrew word which means “The Constellations of the Zodiac.” In what may be the oldest book in all of human history, we find that the constellations of the zodiac were already clearly known and understood… Having made it clear that the Bible expressly, explicitly, and repeatedly condemns what is now known as astrology, the fact remains that there was a God-given Gospel in the stars which lays beyond and behind that which has now been corrupted.”

Many of the younger Christian (or soon to be Christian) crowd is reaching out for “more information” about reality. How can intelligent people be expected to ignore information that is highly credible and bombarding them? How can they hope to start their Christian walk when most Christians cannot answer questions like “Where did the dinosaurs come from” and “what about “other gods” and demons”, and the BIG ONE, “do you believe in UFO’s?”. What happens if Nostradamus’ final writings come true and there ARE flying saucers that land on the White House lawn? Does any reader here think they have completely figured out what the Bible refers to when it mentions the Great Deception?

“And then the lawless one will be revealed, whom the Lord Jesus will kill with the breath of his mouth and bring to nothing by the appearance of his coming. 9 The coming of the lawless one is by the activity of Satan with all power and false signs and wonders, 10 and with all wicked deception for those who are perishing, because they refused to love the truth and so be saved. 11 Therefore God sends them a strong delusion [or deception], so that they may believe what is false, 12 in order that all may be condemned who did not believe the truth but had pleasure in unrighteousness. ESV

Looking here in the quote above from Dr. Kennedy, you see first and foremost the man is a Bible believing Christian. More and more today we have seen a dramatic increase in born-again Christian researchers with respectable credentials rising to the surface of the information-highway. I believe this is a gift from the LORD in the end-times. I believe we will all be seeing “lying wonders” soon enough to BLOW the average Christian’s mind. I believe that those who have eyes to see and ears to hear are blessed as Jesus said. The Bible never told anyone that researching information outside the scripture was not recommended. It did say, however, that nothing is to be trusted without confirmation in the GOLD standard of truth known as THE WORD. And what a revelation it is to see that YAHWEH GOD, in the oldest known written book of the accepted Bible canons [JOB], speaks candidly about these “other gods”, the gods of the Zodiac, the Gods of Ancient Greece. Who could have guessed when we were studying ancient Greek mythology in school it was more than just “made up stuff”. After all the word “myth” is in Mythology … right?

“My people are destroyed for lack of knowledge”

Hmmm. Makes you think that maybe someone writing text books wanted to keep us in the dark. NO WAY! Right? After all, who benefits if the Christians are ignorant when mind-blowing amazing lying wonders start to happen? I will give you a tiny little hint. Well okay I don’t want to name names do I? (Lucifer and his minions) Oops. That slipped out.

As the Bible says:

25 And there shall be signs in the sun, and in the moon, and in the stars; and upon the earth distress of nations, with perplexity; the sea and the waves roaring;
26 Men’s hearts failing them for fear, and for looking after those things which are coming on the earth: for the powers of heaven shall be shaken. KJV

I admit this is a topic which I hold no expertise [YET]. But as I learn more about this through my research, I will pass it along to the readers. Suffice it for now that there is MORE THAN MEETS THE EYE regarding the Word of GOD.

As I have said once, I will say a thousand times …

THE BIBLE IS AN UNDERSTATEMENT

Get prepared now. Jesus is LOVE. You are going to need him, I promise you that.