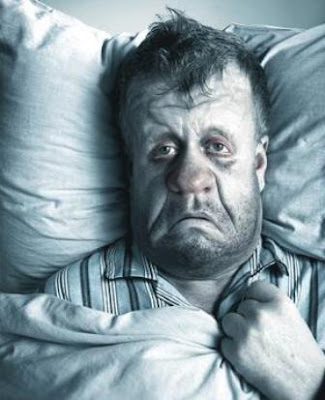 EVERYTHING YOU EVER WANTED TO KNOW ABOUT THE FLU PANDEMIC

Wal-Mart Wants to Dispense Untested H1N1 vaccine
Infowars It will be like something out of an under budgeted B science fiction flick.

Senior Citizens Left Off Government’s Swine-Flu Vaccination Priority List
CNSNews Some senior citizens complain they’ve been left off the list of people who will be first in line to get the swine flu vaccination.
Utah prepares for swine flu vaccinations
KSL TV 5 State and local health departments are working on details for how those vaccinations will be administered.
H1N1 Pandemic: Pentagon Planning Deployment of Troops in Support of Nationwide Vaccination
Michel Chossudovsky Militarization of public health in the case of emergency is now official.
Corporate Media Gets You Ready for Your Forced Experimental Vaccination
Infowars Robert Gates, the Bush admin leftover at the Pentagon, is ready to sign off on a plan to marry troops with FEMA for the engineered pandemic scheduled for later this year.
Health Officials Admit Fast Tracked H1N1 Vaccines Will Not Be Tested for Safety
Harold Gray Society cannot afford to give into fear, and set the precedent for governmental institutions to invade our bodies forcibly with untested, unsafe vaccines, without legal recourse, for a virus that has killed so few.
Epidemiologist Speaks Out on Pandemic Fear Mongering
Spiegel Online Epidemiologist Tom Jefferson speaks about dangerous fear-mongering, misguided, money-driven research and why we should all be washing our hands a lot more often.
Martial Law and the Militarization of Public Health: The Worldwide H1N1 Flu Vaccination Program
Michel Chossudovsky People are misled on the nature and history of the New World Order.
University Of Alabama Implements Mandatory Vaccination Program
Paul Joseph Watson New students informed: No jabs, no enrollment
Catherine Austin Fitts: Purpose of Flu Vaccine is Depopulation
Catherine Austin Fitts I believe one of the goals of the swine flu vaccine is depopulation. Perhaps it is the goal of a swine flu epidemic as well, whether bio-warfare or hype around a flu season.
World Health Officials Say Two Billion People May Contract Swine Flu
VOA WHO says thousands more could die unless an effective vaccine is developed soon.
Military To Work With FEMA During Swine Flu Pandemic
Paul Joseph Watson CNN report stokes fears of martial law, mandatory vaccination program.
Vaccines Far More Deadly Than Swine Flu
The Institute of Science in Society This report has been submitted to Sir Liam Donaldson, Chief Medical Officer of the UK, and to the US Food and Drugs Administration.
NGO Suggests Elderly Should Be the First to Go in a Pandemic
Herald NGO says “age-specific prioritization” should rule who gets anti-virals.
New York Proposes Mandatory Vaccinations for Health Care Workers
Crain’s Business New York The new rule would apply not just to staff, but to anyone who potentially comes into direct contact with patients. That includes contract workers, students and volunteers.
Government Swine Flu Advisor On Vaccine Maker Payroll
Paul Joseph Watson Profiting from the overhyped pandemic, the pigs feed at the trough while millions will be exposed to an untested vaccine which contains an ingredient linked to debilitating diseases.
Flu Pandemic: Mass Graves and Martial Law
Kurt Nimmo In addition to planning mass graves and crematoriums operating around the clock, governments are planning to implement martial law.
Scare Tactics: CDC Says H1N1 Could Kill Hundreds of Thousands If Vaccine Fails
Los Angeles Times CDC says swine flu will kill more than the 36,000 Americans who die each year from regular influenza.
Vaccinations: Deadly Immunity
Robert F. Kennedy Jr. This article is of particular relevance to the current debate on the H1N1 swine flu virus and plans by the WHO, The Obama Administration and Big Pharma to develop a swine flu vaccine.
Hundreds volunteer for SLU swine flu vaccine study
St. Louis Business Journal Saint Louis University has received 500 calls from people interested in volunteering to try a new swine flu vaccine.
New York Times Propaganda: Swine Flu May Cause Seizures in Children
New York Times The nation’s top public health officials are alerting doctors that swine flu may cause seizures, after four children were hospitalized in Texas for neurological complications.
12,000 U.S. Children To Be Swine Flu Vaccine Guinea Pigs
Paul Joseph Watson Kids to receive untested shots which include ingredient linked to Gulf War Syndrome.
FEMA to Conduct Massive NLE 09 Martial Law Exercise Next Week
Kurt Nimmo FEMA will conduct a martial law exercise with state, local, tribal and foreign “partners” on July 27 through July 31.
U.S. has bought 195 million doses of H1N1 vaccine
Reuters The U.S. government has bought 195 million doses of H1N1 swine flu vaccine for a possible autumn vaccination campaign.
Swine Flu Vaccine Should Not Be Given To Children In Schools
Barbara Loe Fisher National Vaccine Information Center called on Obama and state Governors to provide evidence that there are vaccine safety screening, recording, monitoring, reporting and vaccine injury compensation mechanisms in place 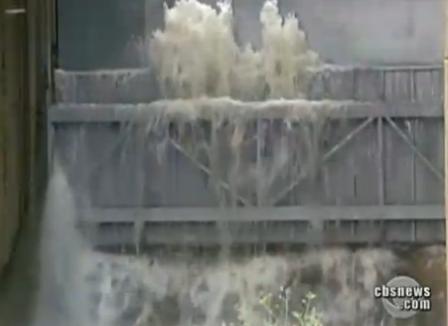