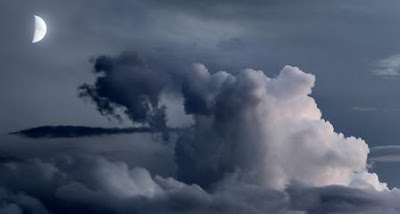 VICTORY’S WARNING
For the last year or so, I have been studying today’s events. It appears “We the People” are not winning this Earthly battle for “normalcy” on so many fronts. The Cabal’s use of “gradualism” combined with “sensory overload” is winning the battle and wearing the American people down.

Those that have been following Tribulation-Now know we have discussed the concept of gradualism and how it wears people down over time. The most apparent example is the gradual attack on the morals of the American culture. This attack is arguably the most obvious coup-des–gras of Satan’s corruption of the American people. You know this already. Just look around you. Hedonism is everywhere.

But alas what is “hedonism” by today’s definition? Our very moral fiber has been mentally altered. Our hearts have been eroded. The very place God uses to measure your righteousness is defiled. The “temperature” gauge is broken. This is bad because I do not believe God has fallen for this evil ruse as we have. God doesn’t watch TV. This means that God’s criteria for righteousness has not changed. But ours has. Sure, there “used” to be protests on television content. Used to be. If you can show me evidence of a protest of television content in the last 15 years I will be surprised.

If “thinking” about committing adultery is the same as actually committing adultery in God’s mind, then where does our righteousness thermostat point when watching certain TV shows? Satan’s use of “gradualism” is what accomplished this corruption of heart. The same Christians that would freak-out if you brought a book entitled “Occult Theocracy” into their house will watch TV and become emotionally engaged in “abominations”. Is this “kosher”? I’m not suggesting complete television abolition, but you better think hard before you become emotionally engaged.

This is a big “W” in the WIN column for Lucifer.

OTHER BIG WINS FOR THE ENEMY

The American people protested the bailout. Congressmen decried the bailout on C-SPAN and Youtube. What happened? The Bailout got BIGGER! Congressmen were threatened with being indirectly responsible for resulting civil-unrest and the imposition of martial law should they not vote for the Bailout. People rose up and what happened? The Bailout is what happened. Not just 80 Billion but Trillions of Dollars. Enough to bankrupt the U.S. on paper. The same paper our worthless money system is based upon.

On a side note, however, The Bailout is not an example of “gradualism”. Instead it is an example of “crisis-creation-resolution”. Crisis-creation-resolution is a method used to jam despotism down our throats. “They” create the crisis AND “they” present the resolution. The enemy wants us to ask “What WAS THAT?” after we have already swallowed. Let’s call this the “Force Feed” method.

The Force-Feed method ushered in post 9-11 laws and regulations. We now have the ominous Patriot-Act that grows ever more powerful. We have the Presidential Directives of Bush, complete with martial law and government take-over plans (PDD-51, et. al). As Rom Emanuel said:

“Never let a serious crisis go to waste. What I mean by that is it’s an opportunity to do things you couldn’t do before.”

You bet it is. Now our cellular phones can be listened in upon. Security cameras are going up everywhere in the major cities (just like in the U.K.). Our emails are monitored. Our web sites are monitored. Every comment we make on Facebook is monitored. All because of a STAGED terrorist attack. We all watched live “Hollywood” in action on 9-11. That’s why 6 Israelis (Mossad agents) were caught celebrating and jumping for joy in a parking lot while the buildings fell. That’s why an estimated 10 tons of super-nano–thermate was found in the building dust; a product that can only be obtained from the U.S. Department of Defense.

Every time an EMERGENCY of some type occurs you better recite Rom Emanuel’s words and LOOK OUT. Because something is going to get SNUCK right past us in the name of “resolution”. Watch out for the “Force-Feed”. It made Hitler and Nazi Germany what they became.

The idea of the implanted micro-chip used to control if and when people could buy or sell has been a big worry; particularly for those watching for the Mark of the Beast. Where is the outrage now? Why is nobody freaking out that our Healthcare Bill 1392 has language opening the door for the government requiring an implanted micro-chip? Why does no one freak out when Verichip purchases an on-line credit checking company? Gradualism.

Mark my words (no pun intended), everyone will start getting “chipped”. Some will get chipped for medical reasons because they had “no choice”. Some will get chipped because it is required by their employer (whoops that’s a dead giveaway, its hard to “buy or sell” when you cannot earn money). Gradually, they will roll out this chip for a number of reasons. With the “snap” of an injection gun in your hand you will have a quick solution for a number of global problems. Mark my words people, even some reading this article will get chipped soon. It is happening to people all over the world right now but nobody is saying a word. Mark my words we Christians will all start rationalizing why it is OKAY to get micro-chipped. After all … it’s just an electronic substitute for our debit cards anyway … right? It’s only a coincidence it will be injected in your hand.

Where are all the tea parties? Supposedly there was one in Washington D.C. a couple weeks ago but short of a notification I didn’t hear anything about it. The one BIG tea party in Washington D.C. that argued nearly a million participants has all but been completely forgotten. Gradually the American people are going back to “life as usual”. Albeit may have their heads hanging a bit lower I suspect.

There is also a noteworthy erosion of people’s perception of protesters in general. The American Defamation League (ADL) web site is now publishing “Extremist” events and including “tax protesters”. Snippish comments are made regularly about the protesters. Pick your group, some more than others, but the enemy is eroding the people’s perception of protesting in general. You are a dissident! You are NOT a team player.

While there are many more examples, perhaps the most painful one is the Healthcare Bill 1392. It just passed an evil middle-of-the-night House session right under our noses and NOBODY protested out in the streets. At least nobody that was noticed. Thousands of people should have grabbed picket signs the day after. But it was a quiet Sunday morning. And now many news outlets are suggesting the Healthcare bill is a lost battle already. While some of us silently hope the Senate will stop it, others have already given up the fight. I used to get 6 email alerts a day on the Healthcare bill and yesterday I received only one mention of it. The most amazing thing to hear is that the only item in the Healthcare bill up for contention in the Senate is abortion funding. What about the fact the Bill is a complete usurpation of American freedoms? What about the fact that our doctors can no longer choose our treatment? What about the fact this is a eugenics DEATH Bill for all?

SUMMARY
We are being assaulted on all fronts by Satan’s army. One emergency after another is being thrown in our faces. Only the ignorant are bliss. The rest of us are either pissed-off or astonished. Simultaneously we are hit with multiple CLAIMED emergencies (Carbon Tax, Global Warming, Banking collapses, Flu Pandemics) while sinister Satanic laws are being passed that will forever change America and the world. Gradualism is being used while we are distracted with everything else. The infiltrators are succeeding at a multi-front strategic attack. We are being worn down and becoming ambivalent. It is exhausting.
That is the plan.
LET’S PRAY
Dear Heavenly Father we ask in the Name of Jesus, you clear our minds and protect us with both your power, and your armor. More and more, Lord, we see the clouds of your pending victory gathering over the skies. But we Praise Your Holy Name for it because we know you are showing your people the time is RIGHT NOW. Lord we pray you help us change our lives and prepare our spirits for the [Eph 6:12] battle that is now upon us. We know you warned us of both the splendor and the subtlety of your return and we want to be at the forefront of your spiritual army leading the way. Protect us and motivate us with your Word and your blessings so we may stand victorious with you upon your return. Use us now, in Jesus name, we pray to you Almighty Lord. – Amen
THERE IS A BIG PARTY AT THE END OF THIS MESS
DON’T MISS IT