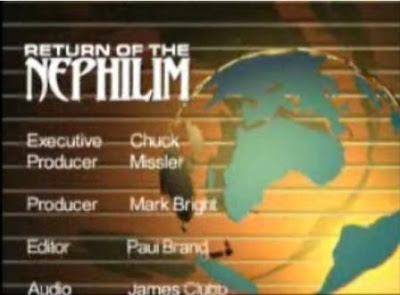 Click on the Picture Above to See a Fantastic 2 Hour Christian Documentary entitled The Return of the Nephilim.

You will be captivated by the Bible anchored research of Dr. Chuck Missler. Other than being a scientist, Chuck is a gifted born-again Christian pastor who, as I, believes we should look at ALL the evidence that surrounds us today to help us understand how we, as Christians, should prepare ourselves and others for what is happening now and right around the corner.

Pastor Missler tackles challenging subjects that other Christian leaders will not, and anchors them in scriptural revelations that are profound. According to Chuck himself, his discussion of these subjects has hurt his ministry as many people “don’t want to hear it”. So Chuck has decided NOT to be an “itchy ears” pastor telling everyone what they want to hear. Instead he is going to save the souls of thousands that otherwise would be tripped-up by the forthcoming “Lying Wonders” that I believe we shall all see very soon. This “itchy ears problem” was God’s warning to us about how the body of Christ and the Church would behave in the end-times. We are now in “the end-times”.

3 For the time is coming when people will not endure
sound [1] teaching, but having itching ears they will accumulate for themselves teachers to suit their own passions,

I, for one, would much prefer to ally myself with a ministry that understands the New World Order and its Satanic power structure. I much rather prefer to carefully follow and learn from a leader that will know when you should NOT take the “red pill”. I do NOT want to be told that everything is “love, hugs, and kisses” when it is not. We need to go back to FIRE & BRIMSTONE sermons and stop catering to the people who are offended by everything that one could be offended by. You have to have BAD with the GOOD or you do not really understand the magnitude of either. Contrast is critical. Churches today do not add the bad stuff into the sermon any more so the new Christian has no concept of how serious these end-times battles really are. Arguably most of the new Christians being brought into the church and becoming born-again were going through difficult times and needed the Lord. But what about the millions of people that are not going through tough times and are listening to the sermon? They have no contrast. Why should they give their life to Yeshua? Why should he “save” them? Oh yea, from going to Hell. Oooooooooohhh. I’m scared.

Someone has got to step-up and deliver the tough message. This is exactly what Chuck is doing particularly in this documentary. At this point I do not know how much Chuck knows, but what he says in this presentation is ON TARGET and Biblically verified. Chuck does not yet appear to know that the World Trade Centers were brought down by super-nano thermite and the Satanic forces of a coordinated (black ops) government effort with the Israeli Mossad. But that appears to be his only gap thus far. Unfortunately when you still think 9-11 was an act of Jihad, you are misled to see Islam as the enemy. The fact of the matter is that Islam was the best possible “patsy” and they are living up to their reputation. It is possible he does not know yet how sickening and real the demonic forces (in reptile-like form) are in the physical world today – but who knows, he just might. In his brief discussion of the painful topic of “alien” abduction research, he does tell of the eye witness accounts of reptile-like aliens or “reptilians”. If that is as far as Chuck wishes to go in his research to keep what’s left of an astonished following, then GOD BLESS HIM!

Christians need to understand that demons are not vaporous apparitions that float about in the nether world and materialize in some strange dream state. That is absolute bovine feces. Admittedly that is exactly how I envisioned demons. But you are fooling yourself.

Demons can and DO manifest themselves on Earth in the physical. Aliens are not “cosmic visitors” they are physical manifestations of demons that have passed from the 4th dimension into this one. Refer to Genesis 6. They are mind controlling people here on Earth to the tune of several million abduction cases (admitted) each year. They are embedding images of “lying wonders” into the heads of their captives. We are in for one hell (no pun intended) of a “great delusion” – you can bet on that.

God Bless Chuck Missler and his ministry.
You can visit his web site at:

I recommend that you do.

AND Merry Christmas to everyone who has been apart of Tribulation-Now. 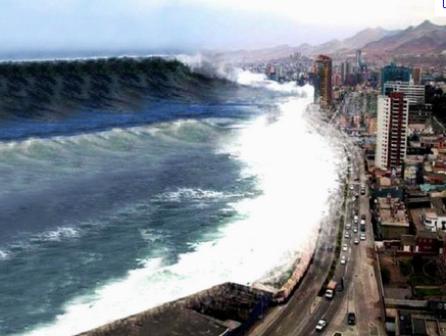