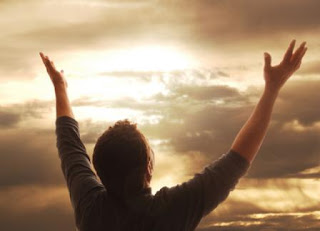 Some people on our email List have asked me about my real name.  I use “John Baptist” as a “nom de plume” or “pen name”. This is necessary because I work in a profession that searches the Internet routinely for information on people / employees (most do actually). My first name is John however. Eventually, if the Lord leads, I will surface some day and take a podium. But for now, this is a good place for me to lead people to Jesus.

I muse at myself quite frankly, because technically I am an ordained pastor.  I got so caught up in all this “worldly” stuff, I “paid money” to an organization to “ordain me” thinking it would add credibility somehow.  Silly me.  JESUS IS THE ONLY CREDENTIAL YOU NEED!!  He alone is the one that has the holy pen worthy enough to write your name in the Book of Life!

As you pursue various people’s thoughts on what is going to happen in 2012 (and beyond), be careful not to grab a hold of any one idea too tightly. Never be disappointed and always overcome.  You can believe as the “non de plume” behind Tribulation-Now, I hear “IT ALL”. And people’s beliefs and interpretations of the scripture are “all over the map”. When I realized the traditional “church” was missing all the excitement (by carrying on “business as usual”), I knew I had to step out and create a “virtual church”.

Welcome fellow members!
Our virtual “church” membership is now larger than many physical churches – PRAISE THE LORD!
We have fellow members and contributors from all over the world.
Europe, Africa, Japan – Everywhere!
PRAY AND PRAISE
PRAY AND PRAISE
Search the scriptures daily to see if it is TRUE (Acts 17:11)

When things start to get even more challenging in the near future, remember the word HOSANA!  Yell it OUT LOUD!

This is what people were yelling out to Jesus as he came into Jerusalem during his triumphal entry (which ultimately put him to tears of sadness).  Let’s make sure THIS TIME he is truly happy and gets the PRAISE HE DESERVES!

Most people do not bother to study the enemy’s movements. I think this is a big flaw. A lot of Christian leadership fail to understand what having “eyes to see and ears to hear” and “being wise as serpents” actually means. They squabble endlessly about what the prophecies mean, thinking their theological interpretations of “types and shadows” and “law vs. grace” is unflawed.  Many traditional churches even avoid talking about this information at all.  They talk about only the “good stuff” while the enemy lays a huge trap. They are afraid to “scare away” their congregations who have “itchy ears” and avoid sound doctrine.  Where are the FIRE AND BRIMSTONE leaders of yesterday?  They do their followers a serious injustice.  Many will be caught unaware.

For the time will come when they will not endure sound doctrine [nothing scary, only the happy stuff] , but according to their own desires, because they have itching ears, they will heap up for themselves teachers; 4 and they will turn their ears away from the truth, and be turned aside to fables.

The traditional church is about to get “gobbled up” in an enormous ambush caught completely unaware.  Think 501c3.  Think George W. Bush and Obama’s new “Faith Based Initiatives”.  These are pacts with the DEVIL.  It is a freight train heading right at them.

Measure Everything Against Scripture

Always “measure” everything against the scripture. Keep in mind, the “abomination of desolation” has not taken his place as the world leader and there is no Daniel 9:27 “covenant with Israel” signed as of yet. The “Magog” invasion of Ezekiel is forthcoming. Damascus has yet to be laid to “rubble”.  Much is yet to unfold before all this occurs.

Some think that 2012 is going to shock the world and possibly be the end. Some think it is going to be the time of “wormwood” and a comet will fall from the heavens (popular amongst the Seventh Day Adventists). I personally only know this …. there is much more to come! More than can occur in 2 years time. I believe we have barely entered the “Beginning of Sorrows” of Matthew 24 (just my estimation – not divine in nature – at least as far as I know Praise God!). My best guess, based on the movement of the enemy, is that 2012 is the beginning of the “new age” of Satan. It is likely there will be some pretty amazing “cosmic” stuff that happens in December of 2012. Stay braced for one HECK of a ride.

Personally I plan to have the PRAISE MUSIC up LOUD and be praising the Lord with “all my might!”
I’m going to THROW a PRAISE JESUS PARTY!  You are all welcome to join me!

But also keep in mind, the enemy does NOT want us to know what they are doing. They fear the Christians that have the power of the Holy Spirit. They know what YHWH God is capable of and they want to bring forth their “desolation” to entrap us. They dare to “call YHWH’s bluff”.  We will see if The Almighty El Elyon permits that to happen.  There is much reason to rejoice that the Lord Your God has chosen YOU to be one of the ELECT.  The very fact you are a member of this “virtual church”, separates you from the rest.

Your Final Report Card is What Matters

It doesn’t matter how you did in 7th grade.  Rest assured you are now in the upper 2% of your graduating class.  This is what the Bible means when it refers to the “overcomers“.  The next time you leave your house, look around you.  Look at the thousands of lost souls that have NO IDEA all this is happening right now.  Give yourself some credit.  Praise the Lord, you are graduating with HONORS!

See you at the Marriage Supper
Since God is timeless and not in this dimension, it is very likely we will all “arrive” at exactly the same time!!
PRAISE JESUS!

0 952
A Little Church on Wednesday Night

3 thoughts on “Upper 2% of the Graduating Class”