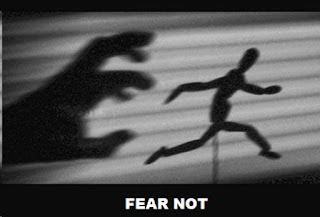 There I go again on that emotional roller coaster. I just realized my articles are doing that “up and down” thing due to all this “oil chaos” and “doom and gloom” prophecy stuff. I had to go back to the “The United States Ends in 2010” article and add “sanity disclaimers”.  Just about the time I “think” I have my “grace and peace” act together, I look back and see the grip of these ups and downs taking a hold of my “Son of Man” side.

Darn it!
So for those of you who I have inadvertently “sucked” into my “emotional wind tunnel”, thanks in advance for forgiving me. It is a lot harder than I imagined to be on the front lines of this information with so many contributors emailing me with “headlines” (which I depend on so keep them coming) without letting it “get the best of me”.
Here is a sample of the headlines I’ve received in a SINGLE EMAIL today:

And this was just the part about the Oil Catastrophe.  There was more.

Then there is Imminence

Imminence is defined as “the quality or condition of being about to occur”.  Now this condition of imminence is quoted as a major contributor to the belief in “pre-trib” rapture.  This “condition” of imminence dictates that we Christians are to be always in a belief that “the rapture” or Christ returning to “collect his bride” could occur at any moment.  So this means “Be Ready!”  Always be ready.

The “pre-trib” rapture crowd suggests that this state of “required” imminence means the rapture MUST happen before the 7 year (notion of a) “tribulation period”.  Because if it didn’t, you would inherently figure out that the “rapture” is coming by virtue of seeing events unfold.  Therefore the rapture must occur before the events unfold, or otherwise you would know in advance and you could somehow “prepare” for it.

Now as I look at the events around the oil spill shown above, I just don’t see the principle of imminence holding any water because you should be prepared anyway.  Furthermore, if “seeing events unfold” gave you some sort of “rapture preparation advantage” then that would imply that you could quickly “jump off the fence” and join the “calling up” at the last minute.  Somehow that paradigm “flies in the face” of Revelation 2’s report card for the Church of Philadelphia which they maintain is the only group that gets to be “raptured-up” before anything bad happens.

If you are a true “Watchman on the Wall” and you are even vaguely aware of the “New World Order” stuff, then how in the world can you not see what’s coming and want to be prepared 100% of the time?

Just look at the daily news headlines at Infowars.com.

In a way I guess we are all like Policemen.  We spend all our time “seeing the crimes” being committed and assume everyone else must know things are bad.  But they don’t.  Wow.  Most people don’t see any of this coming.

What is a Watchman to Do?

So what IS a watchman to do?  I heard this excellent, level headed, assessment of the “oil catastrophe” issue presented on an Internet talk show last night.  It was sent to me by an awesome friend of Tribulation-Now (thank you Rick!).  The radio report was called the “Joel Skousen’s Analysis of the Gulf Oil Spill”.  Mr. Skousen calmly maintains that he does not believe these alarmist reports are for real because some of the sources are undisclosed and others might not be fully trustworthy.

And he might be right.  After all, in my article “Something Smells Funny, Oil Perhaps”, I pointed out that Matthew Simmons is “one of them” and a member of the Council on Foreign Relations.  And I published that article right after I quoted Matthew Simmons as a likely credible source.

But then I realize that Mr. Skousen, while a very smart and knowledgeable guy, never mentioned the U.S. Navy leaving the gulf.  I find that rather remarkable so it keeps me “watching”.  In all fairness, while Mr. Skousen was kind about the people he suggested were being too alarmist in their reports, he never provided an answer to the problem (except to buy his monthly “News Letter”).  Instead he suggested, that being alarmist, might cause the “cry wolf” problem and make people numb to “real warnings” about martial law in the future.

EXCUSE ME!
“THEY” BLEW UP THE WORLD TRADE CENTER BUILDINGS!

How in the HECK are we supposed to “remain calm” when our own government was involved in the destruction of the World Trade Center buildings?

How can you live with yourself if you fail to “sound the alarm” and don’t do your best to warn people?

What makes any of these people think we are going to get a “fair warning”?

I promise you this much.  If this “Oil Deal” does not turn into the next big “false flag” attack on the USoA, then there will be something else even more “sudden” and “unexpected” like a multi-city nuclear attack.  Before the oil debacle happened, it was my position (stated more than once) that the next big lying attack against the American people would be nuclear in nature.

Summary and Personal Thanks

As I surge with “humanness” and connect the “scary dots” I would like to personally thank you all for being understanding.  I realize (as do other people out there) that it is possible this “oil false flag” might not turn into a huge martial law event.  But then again, it might.  I also realize that sometimes I connect perhaps, too many dots, and draw conclusions in a surge of emotion.  When that happens, I ask for your forgiveness and I thank you for your loyalty and friendship.  Thank you ALL for your emails and your encouragement.

NOW GIVE ALL THE PRAISE TO JESUS
GRAB A PAIR OF BINOCULARS
AND LET’S KEEP WATCHING OUT FOR THE NEXT BIG ONE
Be Blessed In Jesus Name!

7 thoughts on “Imminence and Emotion”