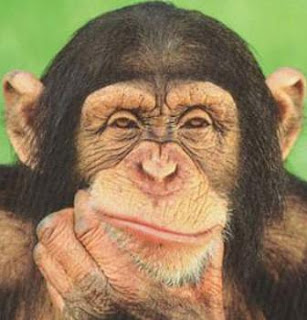 Does God Have Common Sense?
Maybe We Should Apply It

Today I was struggling with Calvinism vs. Arminianism, and the concept of “Inheritance” and it was having a troubling effect on my spirit. I started to become haunted by the concept of “many are called but few are chosen”. Funny how what pulled me out of that fog was a teaching from a Greek Orthodox Christian who rightfully explained that Jesus was talking to the Jews. Sometimes you really have to be careful about certain scripture and understanding who is talking to whom about what. Otherwise you can get confused pretty fast.

The MORAL OF THE STORY – Is that “all Christian beliefs” bring something of value to the table. I rule out very little at this point. Jesus is the key to everything and relationship is the key to Jesus. Make sure he knows you when you come knocking and everything will be okay.

The Importance of Fellowship and Encouragement

It is critical that readers and email “List” members of Tribulation Now know that we are a fellowship of believers in Jesus Christ as our Lord and Savior.  NOTHING ELSE MATTERS.  We embrace NO DOCTRINE.  We divorce ourselves from discord and contention as a group.  We, like the Bereans referred to in Acts 17:11, are NOBEL and we refuse to take the word of others as “gospel truths”.  Hopefully we gracefully and peacefully present our concerns (through the email List) and may God ensure I have the ability to get everyone’s ideas voiced to the group ensuring edification and love become the “foundstone” of this mission.

Let Us Voice Our Concerns

If you are an email “List” member of Tribulation Now, and you have concerns to raise, PLEASE DO.  I will either answer them directly and if that is not satisfactory then I will forward them to the group.  I really pray with all my heart this forum has more meaning than just a personal diary of my thoughts “out loud”.  Let’s make this Internet thing WORK for us and bring us closer to the Lord.  We are TOO CLOSE to the END to let “anything” to chance.  We need to hear each other’s ideas.

At the age of 10 years old I sat with a Jack Van Impe record album and listened to his interpretation of prophecies.  Even then he was “all over” the Magog invasion.  And here we are today right on the precipice of it occurring. NOW, praise Jesus, even Jack Van Impe himself has discovered the New World Order, and knows we are imminently in for a world of crap.  Sadly however, in my hopefully humble opinion, even Jack himself is probably in for a big surprise. When REALLY bad stuff starts to happening to the “church” and he has not been pre–raptured, many will be disillusioned and many leaders will be lost for words.  I love Jack, he is a sort of hero to me, but I really do not believe that “pre–trib” rapture is going to happen.  There is far too much “tangible evidence” that we are already entering into the early stages of the Beginning of Sorrows with the Temple and the “Abomination” biting at our ankles.  God Bless you Jack!!!

What is Consistent is Inconsistency

What has become PAINFULLY obvious to me is that 100% of all my favorite teachers have things they believed that just are not making sense to me.  If it doesn’t make sense to me, and after much scriptural research it remains an enigma, I simply must discard it – especially if I discover the entire worldwide Christian community is at ODDS with each other over the issue.  WHY?   Because it simply does not “make sense”.  I think God has a LOT of SENSE.  I think there is much hidden meaning in the scripture that we defend with doctrine and other beliefs of our Christian forefathers.

The Wisdom of Marvin Rosenthal

If I have learned anything, it is that no human is perfect.  And no human Christian scholar is either.  Not a single one of them. Not even a big group of them that all are saying exactly the same thing.  All their beliefs are backed with amazing knowledge of history and scriptural evidence of prophetic “types and shadows”  BUT THEY ALL STILL DISAGREE.  That entirely blows my mind and humbles me.  Every one of these groups are laden with Ph.D.s in various disciplines, but they do not agree.

Even Marvin Rosenthal has what “I” consider to be pre-established beliefs that I am not comfortable with.  But I “tip my hat to that man” and give him the recognition he most divinely deserves because he had the courage to throw away his entire career, his entire following, his entire history with the church, and “literally everything”, to stand up for an inconsistency in “pre–trib” doctrine that simply did not “make sense” to him.

It was a person, just like me – a “regular guy” – that bent his ear.  Nobody with a degree.  Nobody with any “theological credentials”.  Just a regular person (like you) that said “Marvin – this “pre–trib” thing just doesn’t make sense”.  So he stepped up, and “manned up” and did what was right on behalf of God and man, and forfeited his reputation and career and wrote a book entitled “The Pre-Wrath Rapture of the Church”.

The first several chapters describe the “hell” he went through trying to decide if he should even write the book at all.  He was challenged knowing that by doing so, he would ultimately discredit hundreds of his fellow “brethren”.

GOD BLESS Marvin Rosenthal.  Think of all the lives and souls this man may ultimately save by preventing them from being “sucked into” the deception that is coming very soon.  Think of how he may have unwittingly foiled the plans of Satan’s army by standing up against the army of “pre–trib” defenders.  How amazing it is to ponder, that he alone may have had the fortitude to save the LIVES of millions of deceived Christians by coming forth with a lie from the ENEMY that has secretly infiltrated the ranks of the “ELECT”.

Basically Rosenthal’s “pre-wrath” position correctly points out that “pre–trib” is flawed because there is nothing scriptural about a “tribulation period“. The only thing mentioned in the Bible is the “Great Tribulation”. Daniels 70th week, (3.5 + 3.5) is based upon only ONE trigger point scripturally and that is “the abomination of desolation” which is ALWAYS directly linked in subsequent verses to “fleeing” the scene (minus the verse in Revelation). This only occurs 5 times in the entire Bible. 2 times in Matthew (Mat. 24:21, 29), (linked to fleeing), 2 times in Mark (Mark 13:19 and Mark 13:14-18) (linked to fleeing), and one time in Revelation (Rev. 7:13-14), (no reference to “fleeing” here but use of the word “Great” as an adjective). All other references to the word “tribulation” mean general challenges or affliction but unfortunately use the same Greek word “thlipsis“. Without the word “GREAT” preceding “thlipsis” and the subsequent reference to the abomination + fleeing, the word does not refer to anything but “affliction or hard-times” in general.

This means that when you consider the three verses used to defend “pre trib” which are:

… it makes sense that these verses only IMPLY pre–trib by virtue of the false notion of a “tribulation period“. If there is no “tribulation period” then there is no “pre–trib” rapture – get it? More accurately these verses describe deliverance for the bride from Wrath only. If your only scriptural point of reference is the “abomination of desolation”, then its anyone’s guess when the first 3.5 year period actually begins. AND since the Christian church has been in severe persecution worldwide for hundreds of years, this makes even more sense.
Fear of the Tribulation Dominates our Beliefs

Pre–Trib is hugely popularized in the US because we have had it so good and we don’t want to have to go through anything bad (like the Christians in Muslim lands, Asian lands and other countries do every day).  We are “COMFORTABLE”.  That comfort is about to meet “head on” with some harsh realities.

This concept meshes perfectly with the impact of the Great Delusion, and Satan’s army having us completely surrounded at this time. Pre-wrath says we shall have to “endure” the Great Tribulation and “overcome” it. This makes “sense”. I think when we find out what the scripture really means it will all make sense. My guess is that there will be a big reward for those that have to “endure” and “overcome” the Great Tribulation. At least there sure should be since otherwise being “dead in Christ” would have some serious advantages – would it not? There goes my wacky common sense getting in the way of all that “theology”. ; )
What do We Know for Sure

The only thing we know for sure is that WE KNOW Jesus Christ is our Lord and Savior!  I personally know the Holy Spirit is real; I’ve personally experienced his power. I know the enemy has us completely surrounded and I am certain that God’s Wrath is forthcoming and the mack-daddy Antichrist is coming to haunt us really soon. But when it comes to deciphering Trib / Trumpets / Seals and Bowls, I have found so much disconnect & discord that it all does not make sense in my world at this time.

For now – the Jury remains out
Instead I watch and pray
I know this smacks of craziness, but sometimes I think God intended Revelation to be the ultimate puzzle to keep us guessing and keep us READY – I cannot help but believing that God is just that clever!  I love that guy (okay spirit) with all my heart.  He is awesome!
Trumpets / Bowls / Seals and Such

Right now I struggle with so many challenges associated with things like 1) “are Trumpets definitely part of “God’s Wrath” and 2) Is the scroll that Jesus breaks the Seals on in Revelation only to describe God’s Wrath within it or 3) could that scroll also include the Trumpets which are instead “warnings” or “signs”.

My common sense side, which often intercepts my willingness to “follow the pack” (traditional church leadership / thought / doctrine) says that Trumpets make LOUD SOUNDS and they symbolically represent warning devices. Often a trumpet and a Shofar is similarly used in the Jewishness of the Old Testament and it was used to “announce” something. This makes me feel, (non-scripturally), that Trumpets, like Shofars, are divine “announcements” of God’s Wrath and are not actually a “part” of the Wrath Period – which should commence just after the bride is “pulled out of the way”.
All I know for sure is that I know little or nothing at all.
All I know for sure is time is really short.
All I know for sure, is that I love Jesus and Talk to Him Every Single Day!
MAKE SURE YOU DO TOO!
MAKE SURE HE KNOWS WHO YOU ARE WHEN YOU KNOCK!
BE BLESSED IN JESUS NAME!
Post Script: Your question may result in someone becoming born-again and entering the Kingdom of Heaven. You never know how significant the smallest vocalized thought might be to someone who is in the doubting Thomas mode.