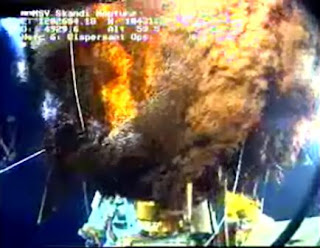 God’s Hand is in Everything
Deepwater Horizon Underwater Fire

It’s difficult to understand the dynamics of God at War.  It makes you feel, sometimes, that we are all pawns in a huge game.  But you must understand this earthly existence is but a period in the entire Bible.  The dimensions we do not perceive are far greater than what we think is real.  Indeed, there is not one universe, but many.  Indeed there is not one planet with life, but many.  We underestimate our Heavenly Father.  He is a fabulous creator whose limits are far beyond our understanding.  The Bible is but a “snapshot” in eternity.  Knowing that his most precious creation (we that are created in his image) would not understand the significance of his magnitude, he presented us a road map to salvation.  A road map that leads to an eternity.  An eternity to rule and reign forever as part of His mighty army of powerful eternal leaders.

So the dynamic we see here on earth is a war in which God himself draws lines.  Just like in the Book of Job, he sets limits.   When Satan’s army tries to cross those limits, he steps in and takes over.  This dynamic is demonstrated by the fact that He will eventually “wipe out the earth” and create a new one.  Once He has had ENOUGH, He steps in with His mighty hand and adds a “bit of a twist”.  God laughs in the face of his enemy because He knows he is in full control to His end.

Prov 1:24-27
Because I have called and you refused,
I have stretched out my hand and no one regarded,
Because you disdained all my counsel,
And would have none of my rebuke,
I also will laugh at your calamity;
I will mock when your terror comes,
When your terror comes like a storm,
And your destruction comes like a whirlwind,
When distress and anguish come upon you.
NKJV

By now you should be fully aware that the minions of our enemy have intentionally caused the Deepwater Horizon catastrophe.  Surely by now you know that Goldman Sachs sold a world record amount of BP stock just prior to the unexplained event.  Never mind Halliburton’s investments and oceans of other evidence that has surfaced, there is no question our enemy created this catastrophe to their end.

And indeed God will have the “last laugh”.

But you must remember, as harsh as this might seem, it is to His mighty end!  Many of us will live to see astonishing disasters and wonder how God can allow this to happen.  I remind you to anchor yourself in the scripture, and read Revelation (and Daniel, Ezekiel and Isaiah) and refresh your memory of what is about to take place.

Matt 5:45-46
for He makes His sun rise on the evil and on the good, and sends rain on the just and on the unjust.
NKJV

It is with mixed emotions I bring this to your attention.  As a resident of the Gulf coast of the United States, I realize that it is possible the “rain” might fall directly on me and my family.  But be it known, I am at peace with this dynamic and am perfectly happy to watch the rest of this unfold from the mezzanine in Heaven.

We have all speculated and prayed about the unfolding nightmare of the Gulf and the demonic plan to destroy the sea for the gain of the possessed.  Never mind this oil rig disaster was highlighted on the movie entitled “The Knowing” with Nicolas Cage.  Never mind “Operation Black Jack” featured a hidden code in their cartoon series about “912 days later” and “dangerous winds” occurring on June 23, 2010.  Never mind the $10 bill prophecy and what appears to be God himself trying to warn us these things are about to occur.  While we can get “hints” about what the enemy is up to, WHO KNOWS?  Only God Himself.

Our mission is clear.  Get right with the Lord Your God and establish a direct and personal relationship with Jesus Christ NOW.  Pray DIRECTLY to your Father Who Art in Heaven to forgive you of your sins, IN THE NAME OF JESUS … RIGHT NOW.

By now you have surely heard about the Mass Media Blackout that is in effect on the Louisiana coast line.  Surely you are aware there are squadrons of helicopters covering the skies and a military troop buildup of apocalyptic proportions in the area.  The enemy is in a panic.  It seems as if they know God has stepped in and upset their master plan.

The enemy is in a panic.  It seems to me, God has stepped in and added a “twist”.  My guess is that the enemy had no idea what they were messing with when they “tipped over” this oil well to their gain.   In fact, most of us probably don’t realize there is an ENORMOUS continental wide “natural gas” pocket under North America that can blow at any time the Lord wants.

I present to you this video of the underwater fire.  NOBODY saw this one coming for sure.  While we all know the possibilities of geothermal events and their associated earthquakes, I believe most of us wanted to believe this was going to be but another disaster among the many.

And maybe that will be the case.  MAYBE this will turn out to be absolutely nothing!

But then again, I present to you ….

UNDERWATER FIRE
5 Thousand Plus Feet Down

“Lord as these amazing and glorious events unfold, let us remain calm and basked in the glory of your eternal LOVE.  Help us to see the “big picture” and know that in all of this we will rule and reign with you forever in your Heavens.  Heavenly Father, we ask that you keep your saints protected as much as is within your will and that your will shall be done, here on earth as it is in heaven.  Save as many of your blessed loyal and loving believers for your Son Jesus, and spare your saints of any earthly suffering as you see fit.  We LOVE YOU LORD, with all our hearts, and look forward to worshipping you forever in your loving arms.  In JESUS NAME, ……  SO BE IT!”

IF THESE EVENTS UNFOLD INTO A GREAT DISASTER
AND TRIBULATION-NOW BECOMES BUT A MEMORY
REMEMBER, IT IS AND WAS, A VICTORY FOR THE LORD OUR GOD
AND I WILL BE WAITING FOR YOU AT THE MARRIAGE SUPPER OF JESUS!
Don’t be late, the food will get cold!
BE BLESSED IN JESUS NAME 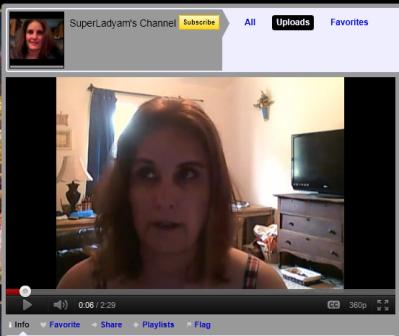 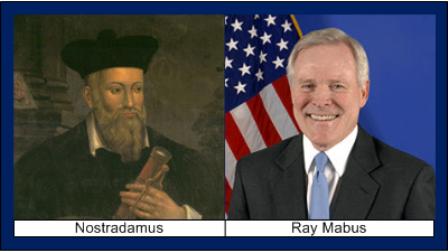