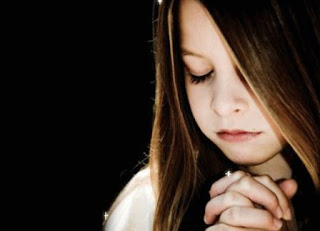 Keep on Asking, Keep on Knocking
Make Your Prayers Break Through a Pathway

I heard an interesting thought once. Someone suggested that, in the case of friends or other people that have a rebellious spirit “attending them” regularly, we often have to lift them up to the Lord on a daily basis. The wisdom behind that was simple, and I was able to confirm it scripturally.

Many try to teach this notion that once you pray for something it is “done” and to continue praying for it is unnecessary. Some even suggest that continuing to pray is a sign that you don’t have sufficient faith, since the Lord already knows what you need before you ask for it.

But I found that’s really not how it works. In the verses where Jesus says “ask and you shall receive”, the actual translation is “keep on asking reverently / keep on knocking reverently” (see the Kenneth Wuest Expanded Greek Translation)

The spiritual dynamics associated with living in the domain of the enemy include both spirits that are “inside of us” (for some people that are struggling) and spirits that “surround” us physically (all of us). These dynamics are confirmed in the Daniel story where he fasted 21 days to get word on the 70 year Babylonian captivity issue. And after a battle with the “prince of Persia” the “angel” Gabriel broke through “finally” in the “nick of time”.

Many experts in spritual warfare suggest (and I believe rightfully so), that if Daniel would have “given up” on his fasting and prayer at “any point” in those 21 days, Gabriel would not have “broken through”.  This strongly suggests we must “walk continuously” in a “state of prayer and praise” all day long.  I believe, in the extremely dark days we are living today, this is paramount.

The Rebellion / Free Will Dynamic in Prayer

Another point that was made in this regard is the “rebellion / free will” issue. When an ill intentioned spirit lives “inside” of someone (even a saved Christian) or is outside of them but “battering them”, and “they / it” causes the “free will” of that person to reject the results of your prayers, the suggestion is that “at that point” the effort to intercede is interrupted and the intercessor must re-initiate the spiritual “jousting session”.

I find it fascinating (and humbling) what must be going on “behind the scenes” on our behalf.  When you think about it, we probably have it EASY in comparison to the spirits that are “waring” for us.  And today we live in the “very end of times” when the battle is raging more than ever in the earth’s history.

Makes you wonder doesn’t it?   No wonder we so often grieve the Holy Spirit. We take so much for granted.  Smith Wigglesworth once prophesied, that in the “end times” even born again Christians would rarely be able to receive divine healings.

The other day a wonderful Jesus filled brother “in Christ” asked me to pray for him. He was in a panic because he had been “served” legal papers. I emailed him a prayer.  In the spiritual world, in my belief, an emailed prayer that is read by two parties meets the requirements of the “two or more gathered together in my name” because we give too much credit to the (where x=time) problem.  From God’s eternal perspective, time does not exist. Our spirits are connected perpetually through this “ether” of spiritual energy that surpasses time. But we don’t think about that.

I find it absolutely remarkable how we let “time” become a guiding factor in our “faith”.  I got a report back from this awesome friend of Jesus.  He told me that the summons letter was not as bad as he originally believed and that it appeared to be more of a scare-tactic than an actual law suit.

I believe this is “precisely” why we must BELIEVE continuously that we have “already been healed” for a sickness that we “perceive” that we have.  Some say that “healing takes time”.  Maybe it does.  Some say that all healing comes from our Lord Jesus and that I believe too.  But is it possible that we need to “believe” we are already healed because in the “time space” problem we might already be healed but we cannot perceive it?

But when it comes to healing remember, YOU have the power INSIDE OF YOU.

COMMAND the spirits of “infirmity” to LEAVE YOUR BODY in Jesus Name!
COMMAND those bones and tendons to HEAL.

Give the spiritual powers a fighting chance and remember that “time” is NOT a constant in this battle.

I secretly wish sometimes, that the Lord would let me have my own church … you know .. a real church, a sanctuary. Every Sunday (or even Saturday and Sunday ; )  … I would have a “re-enactment” of some famous Bible personality.

I’ve often thought how cool and inspiring it would be to come running out on the stage dressed in a Levitical Priest costume, complete with an ephod and a golden crown “praising the Lord with all my might” and then ask the congregation “who I am”.  You know … interactively.  We are so driven these days by “multimedia” and the devil has the “market cornered” on that dynamic.  Our Christian leadership needs to “jar” the imaginations of our sleeping congregations and make the text of the Bible JUMP OFF THE  PAGE.

We learn by doing things much better than we learn by seeing or hearing.  Everyone needs to be “doing things”.  It is so unfortunate that our churches don’t get the congregation involved more.  Everyone should be allowed to get involved at one point or another.  Not just in these “over ritualized” church “helper” roles, but in prayer and “spritual” activities.

Churches even “control” who is allowed to lead a prayer.  They control who is allowed to “lay hands” on people for healing.  This is so sad and it robs “the saints” from learning to “stir up their own spirits” and “DO” what Jesus told all of us to do.

Churches need to teach people to DO …
We are not “watchers” …. we are DOERS …

At some point in your spiritual growth you can reach a state of “spirituality” where you are in “perpetual praise and prayer”.  I am still learning this dynamic.  When I first “came back” to the Lord (full time) after backsliding for years, my spirit started to “cry out” the the Lord.  I had one evening / morning that I can’t forget.  I still hear the “concert” of harmonious voices of praise that were emanating from my spirit into the heavens.  I cried.  It was 3AM.

The next day I had that “lingering” peace.  It puts your mind in this “foggy state” where you are “not really here” but you are kinda “some where else”.  Sort of how you feel the next day after you had too much NyQuil.  But I didn’t have anything that night EXCEPT spiritual communion.  Spiritual communion is POWERFUL.

Oh and one more thought on this idea of spiritual communion.

Did you ever wonder why a song sticks in your head?  I just realized as I was typing this article, that I was hearing the song “All the Earth” by the Parachute Band playing in my head.  “All the Earth, will declare, that YOUR Love is Everywhere”.  It plays even now as I type.  Where is that song coming from?  Is it my “brain synapses” stuck in a perpetual spin of repeating energy?   Or is it the Holy Spirit?

Praise and Prayer are Spiritually Linked

Praise and prayer are spiritually interlinked, in my personal belief (and hopefully others too).  This “energy field” that we generate through simultaneous “prayer and praise” breaks through a “pathway” for God’s angel workers to do “good” for us.  Even though we have to “go to work” and have this “pesky world stuff” get in the way of our “communion” – we need to fight to keep that “spiritual pathway” open all the way into the highest “Heaven”.  That’s a long way to reach.  We don’t realize how many spirits our “prayer / praise power” has to “push aside” to keep that pathway open for our personal version of Gabriel to arrive on our behalf.

I could go on forever about these thoughts I have.

We must all learn, somehow, to be “doers”.

Everyone … thanks so much for emailing me.  I am really happy we are all becoming friends.
Spiritual friends is always a wonderful thing, but “earthly friends” are just as necessary too.

0 224
Eternal Inheritance: What are the Requirements?

2 thoughts on “Spiritual Communion (Break Past the Time Barrier)”