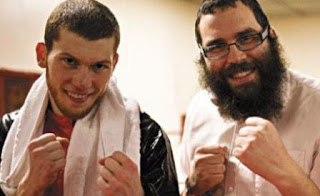 WHICH ONE IS IT?
Bud Light or Just Bud

Isn’t it a wonderful thing that we don’t go to Hell for being wrong?  Well … for mis-interpreting Bible prophecy anyway.

Sometimes I think the approach the Rabbi’s take to scripture is the only way to go.  I watch Christians “duke it out” over their adopted belief systems with such fervor.  Rabbi’s are so kicked back in comparison.  What is it they know that we don’t?  Could it be humility?  Could it be that they realize, after devoting their LIVES to intense study, that even “they” could be wrong?

I once knew an amazing Bible scholar. He tackled extremely difficult prophetic Bible interpretations and found a LOT of discrepancies.  He was one of those rare breeds who dared to stand up against the “pre-tribbers” and suggest the Daniel 9:27 thing happened in the past.  He had more Jesus “huevos” than anyone I’ve ever known.  And boy did he take a beating.  Every “Full Gospel Business Men’s Fellowship” leader in the North East got on his case.  How dare he question their collective intelligence?  He was upsetting everyone you see. 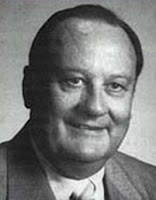 Well there’s another side of his story that no one knows about.  Not only did he get flown all around the world to speak for free, but when he went to be with the Lord something amazing happened.

Here is this guy who spent most of his adult life working for IBM as a senior engineer (aren’t the great thinkers always engineers and physicists?), but the Lord THUMPED HIM on the head and put him in a position where he could do no more work and only serve the Lord.

Isn’t it funny how that happens?  Isn’t it amazing how we tend to think we “did something wrong” when God intended us to be “put down” for his glory?

He asked for no money.  It just came to him.  Get this!  The Lord told him to put a flower vase on the piano bench and so he did.  And miraculously that flower vase would have money in it.  Yep.  I kid you not.  Maybe it was his wife.  I don’t think so.

But the best part is this.  Not only did this amazing and brave Bible teacher withstand all the criticism, and not only did he DO WHAT JESUS TOLD HIM TO DO and …

… but when he got much older and eventually got sick, an AMAZING THING HAPPENED.

You see.  Even this amazing man thought that maybe, just maybe, he didn’t do enough.  Here he was on his death bed and he was worried what God would think of his work.  He was worried that maybe HE didn’t “cut the mustard”.

And the night he passed away, there was a moment where he returned briefly to report what happened.  He actually met up with the Lord for a moment in his passing.  Upon his brief return, in his amazement and joy, he reported that the Lord had a book held out in front of him.  It was the Book of Life.  And the Lord slid down the page to show him that HIS NAME WAS THERE!   He was soooo happy he had to briefly come back and tell everyone.  And AMEN he did.

And AMEN now you know.

The Four and Twenty Elders Epiphany

I humbly remind you all to be HUMBLE in Jesus name.  We do no one any good by thinking we have it all figured out.  I have a sneaking suspicion the Lord is going to amaze us.  What would God accomplish by telling us the secret to prophecy is this huge hundred yard long calculus equation drawn out on a white board.  We would all stare at him like a bunch of dumb-founded goof balls any how.

I predict our God is far more fabulous than we even imagine.  I predict we will all be sitting in front of the Four and Twenty Elders slapping ourselves on the head screaming …

Has it ever occurred to you that you don’t bear fruit by analyzing the Bible prophecy?  In fact, the only book of all 66 accepted books of the current canon that suggests any real blessing for its study is Revelation.  And if I’m right, most of you need a blessing far more than you need to be bickering over Daniel 9:27.  So be sure to read Revelation to get “some pat on the head” when you face Jesus.

After all.  You might want to ask yourself how many people you have laid hands on and prayed for in the last week.  How many people have you cast devils out of?  Have you done ANYTHING at all that Jesus told you to do?  Is the only thing you do is study prophecy and kick crap up in other people’s faces?  Is it?

If so then I will see you in the basement of a dark building in the New Millennium.  You have a second chance here.  Get to work in Jesus name and stop all this analysis paralysis stuff.  Dont’ just study your Bible.  You do NO ONE ANY GOOD by just studying your Bible and adopting other peoples’ eschatological view points.

GET TO WORK IN JESUS NAME

AND WHO TOOK THE JALAPENOS OUT OF THE POPPERS ANYWAY?