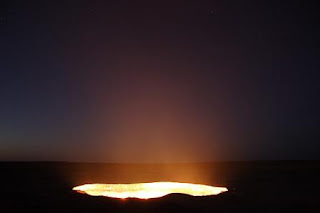 Matt 7:13-14
“Enter by the narrow gate; for wide is the gate and broad is the way that leads to destruction, and there are many who go in by it. Because narrow is the gate and difficult is the way which leads to life, and there are few who find it.
NKJV
There is Nothing New Under the Sun
Many Paths Lead Straight to Destruction
From simple astrological email predictions, to Rosary beads, those who are not covered by the Blood of Jesus Christ, are unbelievably vulnerable.  The very “words” we speak with our lips, have an unseen supernatural power that can utterly “make or break” us.  But we don’t know it.
Many of us have heard the twisted dialectics such as War is Peace, and other such lies, but scattered through our daily lives are dangers we cannot imagine.  The seemingly innocent act of seeking specialized healing methods, such as acupuncture, can lead a person to unseen torment.  The pool of danger we swim in daily, is far beyond our comprehension.
Many swim.
And many more, will drown.
Eccl 1:9

One of her books called “ The Secret Doctrine” is a foundational “bible” of Occult teachings. It was channeled through her by the “Masters of Wisdom”, “Tibetan holy men”, which any Christian should recognize as being synonymous with familiar spirit or demons. This book is the cornerstone of the New Age and is widely used as a basis for many occult societies and various cults.

During her lifetime, Helena P. Blavatsky established close relations with Freemasonry, receiving the Certificate of the `Rite of Adoption` from Mason John Yarker in 1877. “Madame Blavatsky,” who was seen as “the Masonic witch,” was, however, deemed “unworthy” to possibly be a Freemason, nevertheless she served the Masonic cause.

In her three-volume “The Secret Doctrine,” Blavatsky wrote, “Lucifer represents life, thought, progress, civilization, liberty, independence. Lucifer is the Logos, the Serpent, the Savior” and “It is Lucifer who is the God of our planet and the only God.”

She also stated, “Satan, the Serpent of Genesis, is the real creator and benefactor, the Father of Spiritual mankind. For it is he … who opened the eyes of the automaton (Adam) created by Yahweh, as alleged…. An adversary to him … he still remains in Esoteric Truth the ever loving messenger … who conferred on us spiritual instead of physical immortality.”

Annie Besant, who at the time she met Helena Blavatsky in London, was a very prominent figure in the socialist revival movement, became the director of the Theosophical Society. She lived in India to study Hinduism, which is foundational to Theosophy. Annie Besant was largely responsible for the upbringing of the world-renowned philosopher and writer Krishnamurti. She adopted the Hindu child from his impoverished parents, convincing them he was the reincarnation of Krishna, and toured the boy around for many years touting him as the new Messiah, “the great world teacher,” Lord Maitreya, the seventh Buddha. Krishnamurti, in his adulthood, rejected these claims and denounced Blavatsky, Besant, and her successor Alice Bailey as fakes.

“What I am proposing to do is to narrow that gap between pantheism and Christianity by bringing out what one might call the Christian soul of Pantheism or the pantheist aspect of Christianity. “(p. 56). . . “The Christian renaissance whose time is biologically due is on the point of emerging. . .”(p. 148)“. . . if a Christ is to be completely acceptable as an object of worship, he must be presented as the savior of the idea and reality of evolution. “(p.78)……a “religion of the future” (definable as a “religion of evolution”) cannot fail to appear before long: a new mysticism, the germ of which (as it happens when anything is born) must be recognizable somewhere in our environment, here and now. (p. 240). “

Note: See the write up in the Booklet entitled “”Spiritual Warfare – the Revelation of a New Age Deception” for more information.  If you cannot easily find the booklet on Google, please email me at jbaptist777@gmail.com and I will send you a copy.

The Serpent of Kundalini

This excellent work, by this author named Philippe Besnard, goes on to explain his awakening after years of watching people’s lives destroyed through the deception of New Age lies.  Besnard spent a great portion of his life becoming an expert at New Age practices.  I warn you these “powers” are very real.  These powers are no different than the reality of Voodoo priests levitating in mid air during their demonic possession episodes.  These powers are no different than those that lifted the bodies of the “alien abductees” off of their furniture in the movie “The Fourth Kind”.  This is the DEMONIC FOLKS.  100% undiluted demonic power.

It is VERY REAL.  It is DEADLY.

You would think by now “mankind” would have realized that anything that is associated with the symbol of a serpent would be bad.  But evidently there is this notion of the “Serpent of Kundalini” in the practice of the New Age belief system.  Again there is NOTHING new about the New Age.  In fact the New Age is an off shoot of some of the oldest demonic practices that have ever existed.

Why do you think the Nazi’s spent so much time studying the mysteries of the ancient EAST?  These Buddha, Hindu, ancient religions are just another “version” of the worship of Ba’al.  But they, unlike the “West”, have been at if or a very very long time.

This “Kundalini” experience is the “coup des gras” of experiences for these lost souls.  It is a version of the human sexual orgasm that whooshes your “spirit” up out of your body.  But the utterly horrible part is that many do not come back “sane” and many more “die”.  And guess what?  They all see it as the “goal of their” religious experiences.  Besides they all get another chance through “reincarnation”  Reincarnation is a notion of perpetual failure.

It is a DOORWAY straight to HELL


Many More Doors, the Paths are Wide

From “quiet contemplation” to “vegetarian diets” the doorways to Hell are utterly unreal.  Did you know that the “Second Chakra” includes “The Sacrum Plexus”?  Did you know the “Sacrum Plexus” includes your SEX GLANDS?  Well guess what “activates” the Second Chakra?  VISUALIZATION!!  When you “visualize” sexual things in your mind, it burns a PATHWAY for the demonic to enter your body.

It is a Doorway to HELL

Then you have the “Pharyngeal Plexus” which is yet another “Chakra”.  This includes the THROAT AREA.  Demons can enter your body through WHAT YOU SAY!!

Why do you think the Bible warns us about not even thinking or saying evil things?  The Bible is an understatement.  Every single word in the Bible has meaning.  When the scripture says …

THAT IS AN UNDERSTATEMENT!

Are you beginning to see how serious all this is?

Because of time and space I am going to make a list of “things” that are doorways to allow demons to enter your body.  There are so many it would take me several articles to begin to capture the magnitude of the danger.  For the sake of brevity I will generalize at times.

Your only hope for protection is the Word of God and the Blood of the Lamb, Jesus Christ.  PERIOD.  There are simply too many ways to get polluted with the demonic.  If you are not saved by the Blood of Jesus, I am convinced you are full of demons already.  There are demons of lust, demons of greed, YOU NAME IT.  And they all have one mission ….

To lead you STRAIGHT TO HELL

Here is a short list of terms that must be a serious warning to you.  Each of these are dangerous doorways or are symtomatically associated to the demonic.  Have you ever heard the term “The Idle Mind is the Devil’s Workshop?

Summary of Damnation and Prayer for Deliverance

I am not a big fan of writing about the evils of the world.  I am constantly awed at how the Lord is moving through the articles at Tribulation-Now.  I have received emails from people in “these” parts of the world that have received the supernatural touch of our Loving Father God and his precious Holy Spirit by just reading this work.  It puts me into tears constantly.  There is NOTHING more amazing and awesome than knowing the Lord is moving through you.  There is NOTHING more AWESOME than feeling the Holy Spirit and the Love of JESUS CHRIST change a person forever.

The Second Heaven if FILLED with millions of specialized demons that all have a mission to entrap you and lead you straight to Hell.  And just because you “think” you are a “good christian” does NOT make you immune to their attack.  In fact is makes you a PRIME TARGET.

You have no choice.  The time is too short.  As the end of this world draws to a close sometime in the very near future, the demons are ramping up their attack on us all.  The deception is astonishing.  Their attack plan is extremely effective.  From “Farmville” to the most seemingly innocent behavior by today’s standards, we are under the most enormous attack from the demonic world that has ever occurred in the history of the earth.

Raise your hands up to the LORD YOUR GOD!
PRAISE HIM WITH ALL YOUR MIGHT
PRAISE IS YOUR FORCE FIELD
PRAISE IS YOUR BEST FRIEND
Ask for the Heavenly Father to Forgive you of All Your Sins
Ask JESUS to come INTO YOUR HEART
TIME IS SHORT 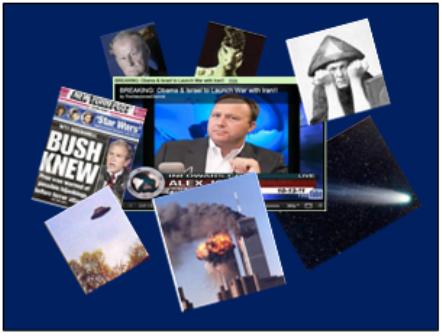 0 122
“Conspiracy Theorists” being Intentionally Discredited on a Global Level

7 thoughts on “Doorways to Hell”