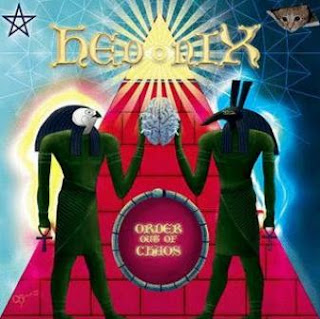 ON THE VERGE
Welcome to the Beginning of Sorrows

Something interesting just occurred to me.  Why is it that virtually all of the ministries of which I am a fan, have moved to or near the Colorado Spring area?  Or in one case, they have been there for years already?

I remember that the apostles were almost always found in Danger Zones.  Two of the most noteworthy locations for danger were downtown Jerusalem and Ephesus near the Temple of Diana.  God likes to place his Holy Spirit filled power right in the middle of these demonic strongholds.

I find it fascinating that just recently, the John G. Lakes Ministry moved to Colorado Springs.  And  wouldn’t you know it, they are specialists in “Spiritual Warfare”.  I have most all of their Spiritual Warfare training DVDs.  I have yet to study them all, but I can guarantee you they are worth every penny and are 100% scriptural and full of “real world” testimony.

And then you have my favorite “spiritual teacher” Andrew Wommack and his Charis Bible College.  They just bought a bunch of land in Colorado Springs.

I see some rather fascinating dynamics occurring with various ministries relocating.  Just today one of Tribulation-Now’s contributors, Maggie, sent me a copy of Chuck Baldwin’s farewell letter as he is moving from Florida to Montana to live by our awesome brother in Jesus, Steve Quayle.  And I don’t think Chuck Baldwin knows who Steve Quayle is.  Maybe I’m wrong.  Maybe he secretly reads Steve’s warnings but is uncomfortable admitting it.  Who knows?  Not me!

And all this is happening in relatively short time.  Particularly when you consider God is eternal and time is actually a very convincing  illusion.

Sure looks to me that Denver is about to become (or already is) the next “Temple of Diana”.  Hopefully you know by now just how sinister the Denver airport is … right?  Surely you know that the entire operation is utterly demonic from the “get go”.  Just in case you are playing a game of “catch up”, the Denver airport is arguably the “epicenter” of the demonic headquarters for the USofA.  Never mind the apocalyptic wall murals of death intentionally displayed there.  Never mind they JUST erected a statue of Thoth, the devil God of the ancient Egyptians.

But certainly you know that the Denver airport has a passageway to the Deep Underground Military Bases (DUMBs).  Right?  Surely you do.  If you don’t know what “they” do in the DUMBs then you can search on them on You Tube.  I also recommend you search on Phil Schneider as well.

And you might want to read two books.  One is entitled Pandora’s Box and the other is entitled The Greatest Secret.  But before you attempt to write me off as some nut job, I assure you I have spent many years confirming this information from dozens of sources, many of which are full blown born-again spirit filled Christians.

DENVER IS A HOT SPOT

…and I’m not talking wireless here…

The United States as a Sacrificial Lamb

Sometimes I type things and reflect back upon them with pause.  When I typed the subtitled to this section, I realized there is an utterly sad truth associated with the meaning.  When one studies “types and shadows”, they realize the Bible is loaded with idioms and symbolism that represents future events and reflects back upon past events.

Was Washington a 33rd Degree Mason?  Many say yes.  Some say no.  Maybe he was on the fence.  One thing is for certain he is depicted as a Mason in the Capital Building of the United States as an “Ascended Master” ascending into the heavens.  Which heavens?  I assure you they are not the Heaven where Jesus sits on His throne.

If you are utterly lost understanding this duplicity, you can email me and I will point you to documentaries by Christians that thoroughly explain the Satanic foundation of the United States.  Never mind it was established by the Illuminati just like the State of Israel was.  Never mind it was established as a corporation called “The Virginia Company”.  Never mind the British Soldiers in the “Revolutionary War” were actually mercenaries that were hired to “play the game”.

Never mind every indication is that the United States is the Great Babylon.

Never mind the United States was the first country to actually sign a “Treaty” with the “alien demons” that infest our planet and steal our children and perform genetic abominations that are unspeakable.

We are in for a hill of CRAP.

And it is NO SECRET that the Illuminati have planned for the destruction of the United States as an example to the rest of the world for a very very long time. In fact, since …

E Pluribus Unim has NOTHING to do with “Many States into One Country”. It means “Many gods into One God”

In “God We Trust” has NOTHING to do with YWHW God and Jesus. It is “THEIR” god … LUCIFER.

Then to “top it all off” one of the world’s most courageous “Watchmen” has “pulled the plug” on his radio career.  His “nom des plume” is Hawk.  Many of us with “blogs” and “radio shows” have no choice but to use “pen names” to serve our King.  Otherwise we would not be allowed to work for a living.

However let me be perfectly clear about something. I am NOT in the same league as Hawk so don’t assume I am making such a distinction. In the game of “Global Internet Intelligence” gathering, I am just a “listener” to people like Hawk. He is the one taking the greatest risk. People like him, Steve Quayle, and Alex Jones, are the real targets. They are the ones we should all be lifting up in prayer on a DAILY BASIS.

For those who are less inclined to read the entire article from Hawk, here is a list of his predictions for the near future.

Take heed, he may be correct.


Hawk’s Predictions
(Note: The upper case letters are his)

EXPECT ISRAEL TO ATTACK IRAN BEFORE THANKSGIVING 2010 & THEN EXPECT THE U.S. TO GET HIT BY NUKES FROM

RUSSIA AND OTHERS IMMEDIATELY AFTER THE ATTACK BEGINS. FULL MARTIAL LAW, DRAFTS, AND CIVIL WAR IN AMERICA WILL BE FOUGHT IN A COUNTRY WITH MANY CITIES AND MILITARY BASES DESTROYED AND IRRADIATED. IN AMERICA.

EXPECT COLLAPSE OF THE MARKETS AND A BANK HOLIDAY INSIDE THE U.S. AT ABOUT THIS SAME TIME IF NOT BEFORE.

EXPECT ANYWHERE FROM 1 TO 3 BILLION PEOPLE TO DIE WORLD WIDE BY FALL 2011 AND THEN WATCH FOR THE PEACE MAKER TO DO SIGNS AND WONDERS ….ALREADY THE CHURCH IS LARGELY APOSTATE AND FALLING AWAY.

EXPECT THE ONGOING WAR IN SPACE BETWEEN ULTRA BLACK U.S. MILITARY FACTIONS (EVIDENCED BY CRASH OF A TR3-B PERHAPS NAVAL ORIENTED BY FRESNO THAT ALSO MIGHT HAVE BEEN HEARD ON HF IF ANY HAMS STILL LISTENED) TO CONTINUE AND HEAT UP AND ALSO EXPECT THAT “UFO ALIENS” OR INTER-DIMENSIONAL BEINGS AS WELL AS LONG WALKERS AND MOST LIKELY THE ANNUNAKI THEMSELVES TO BE SEEN IN NUMBERS BY LATE 2011 OR 2012.

EXPECT MASSIVE FOOD SHORTAGES WORLD WIDE AND EVEN WHERE SURPLUS EXISTS THAT MOST WILL NOT BE ABLE TO AFFORD TO PURCHASE THEM.

EXPECT GOLD AND SILVER TO GO ON A ROCKET RIDE AND BE HARD TO FIND IN THE PHYSICAL FORM.

EXPECT TO BE COLD , HUNGRY, SICK, AND ON THE RUN FROM HELL HOUND TROOPERS UNLESS PROVISIONS ARE MADE BY YOU SOON.

The Most Important Thing Hawk Said Was …

SO, REPENT OF YOUR SINS AND SEEK LORD JESUS. PUT ON THE FULL ARMOR OF GOD AND PREPARE TO STAND FOR HIM.

There is power in the blood of Jesus

BE BLESSED IN JESUS NAME
Post Script: No I don’t know why the kitten is in the picture above ; )

6 thoughts on “Living in the Danger Zone”