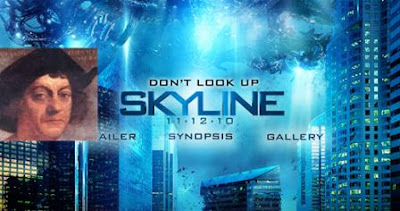 Dimensional or Inter-Planetary
Does it Really Matter?

As I continue my research on the forthcoming Great Delusion, I cannot help but wonder if it will be far greater than we think.  I often search my mind and wander through multiple scenarios.  However my focus is to “save souls” for Jesus.  So how is it this “Dimensional vs. Inter-Planetary” dynamic might matter when you have to witness to someone that is convinced “they” are HERE?

Maybe it doesn’t matter.  Maybe it does.  You can always argue that “they” came through “star gates” … right?  Well.  But to most people who have watched science fiction there really isn’t a difference between moving through a star gate or travelling from another planet.

And why in the world did God even bother to mention Pleiades, Orion and Arcturus in the first place?  What would have been God’s point?  Don’t you find it rather amazing that the majority of these “things” seem to be claiming origins from these exact same star systems?  Now think for a minute.  Arent’ there BILLIONS of star systems?  Well?  If there are billions of star systems then WHY did GOD mention Pleiades, Orion and Arcturus in Amos and Job?  Why is God indignant when he speaks about them?  Why did he choose THOSE star systems?

Don’t you find it rather amazing to realize that the Star Sirius is located in that area of the cosmos?

Don’t you find it rather amazing that the Mason’s esteem the Dog Star Sirius as the location of their coming leader?

Don’t you find it rather amazing that the POPE waves to the star systems of Orion and Pleiades on Sol Invictus?  Who is he waving too?

Why do all the pyramids mimic in great detail the design of these star systems?

They must be dimensional only.  All the “mythos” is just that … MYTH!  Those wacky men of old were delusional.  They didn’t SEE space ships back then.  No way.  They saw “illusions”.  Nobody ever came here from another planet.  Nope.  Couldn’t happen could it?

If you really do your homework on this subject and don’t just “take an occasional peak” at information presented by various groups (including Christians), you see data that strongly indicates these “things” simply cannot be only “inter-dimensional”.  At least it makes this concept very unlikely.

Even Christopher Columbus, it appears, saw a UFO. While patrolling the deck of the Santa Maria at about 10:00 PM on October 11, 1492, Columbus thought he saw “a light glimmering at a great distance.” He hurriedly summoned Pedro Gutierrez, “a gentleman of the king’s bedchamber,” who also saw the light. After a short time it vanished, only to reappear several times during the night, each time dancing up and down “in sudden and passig [sic] gleams.” The light, first seen four hours before land was sighted, was never explained.”

– Beyond Earth: Man’s Contact with UFOs, by Ralph Blum and Judy Blum

Now you need to remember I did not believe in the whole UFO deal when I started this journey many years ago.  And now I am utterly convinced that Reptilian “demons” are “perfectly possessing” people (see Father Malachi Martin).  And yes I understand through my research “these entities” are using cloning technologies to create “Fit Extensions” to live in human bodies.  You will have to read up on the articles here on Tribulation-Now if you want to understand the entire dynamic of this unbelievable situation.  That is not the mission of this article.

The mission of this article is to “expand your mind” on the possibility that the Great Delusion may be far more astonishing that you might think.

What Do Christians Believe Today?

In the context of this subject matter, it’s reasonable to ask yourself what leading Christians believe today.  Now I’ve already made my case for considering that these “things” are not only “inter-dimensional” but also “inter-planetary”.  I am not suggesting that I might not be wrong here.  I am simply pointing out the dynamics associated with taking a particular position.

It may be prudent to keep an open mind and consider all the possibilities.  Christianity can’t explain dinosaurs, geographic evidence, or carbon dating methods that prove the earth is more than 6,000 years old, so we are guaranteed to choke on the “inter-planetary” issue if we don’t tackle it effectively.

And what about the Arizona Meteor Crater?  Here is a link to their web site!  Notice this meteor is scientifically estimated to have hit the earth a HALF BILLION YEARS AGO!

A Visit From the Common Man

And this person had NO IDEA about Tribulation-Now.  He had seen the CNN Report of the “UFO” that shut down the Chinese airport for four hours and new I was a lover of Jesus our savior and wanted to make HIS stance clear (search on “UFO shuts down Hangzhou airport”).

Do you think it was a coincidence he stopped by my table and said that?

I didn’t handle that situation very well.  Frankly I wanted to do far more than “turn the tables over in the tabernacle” on that guy.

A Space Buggy in Hummelstown PA

When I was a youngster, my mother told me a few things.  She had dabbled in the occult you see.  She got a demon to move a chair across the room during one of her experiments.  This scared her half to death.  Praise God.  She grabbed my 8 year old neck by the short hairs and drug me to the most amazing Holy Spirit filled church in the entire Harrisburg, Pennsylvania area.

It was a converted hardware store in Rutherford.  Amazingly the pastor and his wife were converted Mennonites!  That is where I received the Baptism of the Holy Spirit at the age of nine and started speaking in tongues.  NINE!  That is where I saw “Charles and Francis Hunter” perform Jesus healing miracles with my own eyes.  That is where people were delivered of demons and writhed on the floor like snakes uttering horrible growling sounds just prior.

My mother told me about how she saw a UFO fly low and slow and hover above our little house in Hummelstown one night.  I sat there with my mouth hanging open in amazement.  You see this was back in 1972 or so.  Evidently this “flying space buggy” hovered just above their heads quite closely around 11 PM at night.  She told me that she and our neighbor, Mrs. Yankee (yes that was her name), were sitting in the front yard when it happened.  She yelled for my father to come see.  He did.  I then asked my father, “Dad did you see the flying saucer Mom just told me about?”  And my father, a Temple Masters graduate, reluctantly said “Well I saw the thing fly away.  All I can tell you son, is that it was moving way faster than any airplane could fly”.

Do you believe my mother was lying?

Do you believe it was a “holographic trick” projected into the sky through the chem-trail barium substrates from Satellites?

And don’t get me going on Billy Meier and his lengthy visitation from the Pleiadians.  Do your best to discredit that man.  Good luck.  In my opinion you have “brame bramage” if you think you are taking out Meier.  His evidence is utterly shocking.

Obama is the Antichrist?  Really?

First my disclaimer.  I realize that Obama could be some version of the Antichrist.  I realize his name calculates quite nicely to 666.  I know all about that.  In fact, my mother told me she had a dream about who the Antichrist would be!  She said he was a “melado” man approximately my age.  This again, was back in the ’70’s.  WOW.

So I guess I “withhold adjudication” on that one.

However I do think God is utterly FABULOUS.  And I do think we underestimate our God all the time.  While I do believe it is “possible” that 2012 is going to get really bad and might even turn out to be the “end of the world”, I must remain “peaceful” and keep a “sound mind” and consider that maybe, just maybe, we have a LOT MORE in store.

After all what exactly is a GREAT DELUSION anyway?  Is it just a huge war with “inter-dimensional” holographic displays and secret UFO buggies we’ve created on earth to trick people?  What is it that causes the “falling away”?  Is it simply a couple of faked flying saucers sitting on the lawn of the White House?  Is this enough to cause most of Christianity to apostasize?  Has the “falling away” already happened?

Where are the Lying Signs and Wonders?

As I watch the crowd point to things I always wonder.  I saw a video compilation the other day that had John Hagee and Jack Van Impe making strong claims that Obama might be the Antichrist and we were heading for the END.  I find that rather amazing since both of these Christian leaders (who I love a LOT by the way) think we will be “pre-trib” raptured out of here before the first 3.5 years of the 70th week starts.  Hmmm.  The math is starting to get a bit foggy.

I wondered to myself about how things might unfold.

What if the following scenario unfolds?

Could “The Belt of Orion” Be “That Which Restrains”

“Can you bind the cluster of the Pleiades,

Or loose the belt of Orion? [Is this God “which restrains and the “belt” taken out of the way?]

Can you bring out Mazzaroth* [Zodiac] in its season?

Or can you guide the Great Bear with its cubs? [Arcturus – Bear from North? Gog / Magog?]

Do you know the ordinances of the heavens?

Can you set their dominion over the earth?

It may be time to stop following other Christians and start reading the Bible by yourself!  Knowledge increases in the end. But guess what?  It only increases up and to the point that your “unbelief” will allow it too.

With the new information at our disposal, it is important we all start reading the Bible with a new frame of reference.  Go ahead and use the various sources of expertise on these subjects to get you a head start.

Study Quayle’s work on “pre-Adamic earth”.  Study Luginbill’s work on the Satanic Rebellion.  Study the work entitled “Genesis and Geology”.  Memorize the scriptures.  Go read about “greys” and “alien abductions” in the Bible as they were discovered by pastor Wilhelmsen at http://www.echoesofenoch.com/.

If things get really weird and these “entities” are obviously on our television and in our faces, you might have a darn hard time trying to convince people they are only from another dimension.

Prepare yourself for all possibilities.

SAVE SOULS FOR YOUR KING
READ YOUR BIBLE
SEEK THE BAPTISM OF THE HOLY SPIRIT
RECEIVE THE OUTPOURING
LEARN SPIRITUAL WARFARE
JESUS IS COMING REALLY SOON!!
Be Blessed in Jesus Name

PS: And don’t forget Rebecca Brown had to read most of the Book of Revelation to a demon to get it to leave her friend Elaine.

THERE IS POWER IN THE WORD

0 344
Is Pre-Trib Rapture Part of the Great Delusion?

5 thoughts on “A Greater Delusion than We Think”