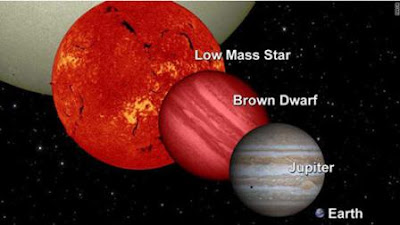 Greetings, Grace and Peace in the Name of Jesus Christ, our King!

I am always quite surprised to learn how many people still do not grasp the threat of Planet X and the judgment on the earth spoken of in Isaiah 24.  Just the other day I spoke with a person who was utterly alarmed to hear that even CNN had allowed an article to be published on this subject.

God uses the world of information and various “happenstance resources” out there to “thump” people on the head and wake them up.  Unfortunately for many, this “thump” may come a little on the late side, but never-the-less it’s remains an important “thump” indeed.

While I suspect most readers of Tribulation-Now will find this information as uninteresting, some will be alarmed by it.  It’s important to understand that if CNN is allowing such data to seep into the “mainstream”, then the hour is much later than we think.

These dynamics are happening everywhere in the media.  We see Glenn Beck talking about things that Rupert Murdock would have NEVER allowed a year ago.  This is clearly because it’s too late for anyone to do anything about it.

Anyone who is planning to “fight the New World Order” at this point simply does NOT see the “Big Picture”.  This is all Biblical.  These prophecies SHALL come to pass.  Amen?

For those of us who are truly watching “these things” unfold every day, we see the reports from Mike Beckhams’ You Tube Channel called “Patriotic Space” (www.youtube.com/patrioticspace).  Many are fully aware that at least one General Motors factory has stopped producing car parts, and is now manufacturing  “heat resistant” shelters.  Can you say “solar flare”?  And don’t forget that GM is now run by the Federal Government.  Right?

Many of us are aware that “shale fracking” and water injection drilling techniques are being used “around the clock” in the Arkansas area near the epicenter of the New Madrid fault.  We know the people in the area have been screaming at their local officials to “do something” about it because they “know” this is causing the “earth quake swarms”.

The residents of this locality are horribly alarmed and in fear for their property and lives.  There are reports of the “smell of sulfur” in the air.  And the other day it was reported a “drilling team” operator contacted Coast to Coast AM to tell them that their drill bits were “melting” and had “molten lava” on them when retracted from the hole.

The CNN Article on Brown Dwarf

But many folks are not paying close attention.  This is understandable.  So on that note I will link you over to the article on the CNN web site to ensure I comply as best as possible with any “fair use” rules.

Here is a link to the article on CNN.

I pray by now you are aware of “these things” and have at least “begun” to read the articles posted since January of this year on Tribulation-Now.  I know it’s hard to digest and embrace all this information “out there”.  It is overwhelming indeed.

But the “good news” for those of us who long for the loving embrace of our King Jesus Christ, is that we dont’ have long to wait.

Give yourself completely to the freedom of returning back to your King.