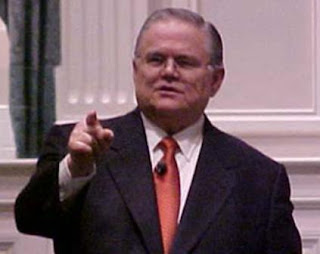 The Rapture is Imminent
Church to Be Raptured before Antichrist Appears

May the Lord Jesus Christ, Yeshua the Messiah, Bless You and Keep You in the Peace Which Passes All Understanding – Amen.

In my utterly humble and shaken opinion, what I am about to present to you is the single most ASTONISHING piece of information Tribulation-Now has ever published.  Many will not grasp the significance.  This is understandable.  Many will “pass judgement” upon Pastor Hagee, and for that my heart is saddened.  Nobody is perfect.  And without utter humility many will not be found worthy to stand before the Son of Man.

It is with humble amazement I present to you John Hagee’s warning.  As a person who was raised “No Rapture” then “Pre-Trib” rapture, then “Pre-Wrath” rapture, I always found myself confused to understand how one could suggest that “imminence” was the key to being prepared, but emphatically point to a set of “pre-requisite” happenings that MUST occur before the “Bride” could be “called up”.

It is not out of lack of humility that many of these wonderful teachers stand their ground.  I really don’t think that’s the case.  It’s just that they have been studying the Bible for their entire lives and have based their foundations on established “belief systems” and truly believe from the bottom of their heart that the Lord has given them the understanding they needed.

The truly bad “shepherds” are those that do not preach being “ready” and “sin free” at all.  The really frightening ones are those that preach “prosperity doctrine” and tell you if you “come to their church” you are “on the fast path” to salvation.  And indeed there is a mixture of all these “beliefs” throughout most of the “mega churches” out there.  Yes, probably even Pastor Hagee’s flock.  But we should be praying for the “sheep”.  Our hearts should “cry out” for the “sheep”.  We should be begging our Father to have mercy on those “sheep”.

Spend no time in Judgement and humble yourself before the Lord Your God immediately in Jesus name.  This statement by John Hagee is UNBELIEVABLE.

By “breaking rank” and making this statement publicly, John Hagee tossed a metaphorical grenade into the “Pre-Trib” rapture believers doctrine and “demolished” their understanding of Daniel’s 70 weeks in one short letter.

“Pre-Trib” Rapture Pre-Requisites in a Nutshell

This is a very short summary of the “pre-trib” rapture belief system.  It is by no means complete and I’m not going to bother explaining the scriptures they espouse as proof.  There’s simply nothing to be gained by taking that approach.

The basics of “pre-trib” rapture pre-requisites include:

Until that happens, they believe the church will not be raptured.  Period.

If you care to understand what “I” believe, you can go back and read the articles I’ve published since January.  When you have a “brown dwarf” heading straight toward earth (albeit on an elliptical path) and imminent warnings of a possible “pole shift”, you have a tendency to “rethink” things a little.  Particularly when these events were prophesied in the 2nd Book of Esdras, Chapter 15, with verse 40 mentioning the “Horrible Star” and the events in Egypt reading like a “newspaper” in prior verses.

The following is the “summary statement” Pastor Hagee released in his letter from Tuesday, February 22, 2011 at 9:47.

Jesus said: “When you see these signs, lift up your head and rejoice. Your redemption draweth nigh.” Simply stated: The King is coming! Get ready! Planet earth is about to become the playground for the Anti-Christ and his New World Order. The church will be raptured before the Anti-Christ appears; and I believe he could be introduced in Europe at any time. Pray up! Pack up! We’re going up…and very soon. I’ll chat with you next week!

Please notice the statement he made here.  I underlined it to call it out.  This statement “flies in the face” of 100% of all “pre-trib” doctrine.  This was a metaphorical “ice pick into the forehead” of every pre-trib rapture preacher that has existed in the last 150 years.

FROM THE DESK OF PASTOR JOHN HAGEE

For the past few days the world has been watching the Middle East implode! The streets of the nation of Egypt have been packed with riots and bloodshed. The Administration of Mubarak is apparently coming to an end. From my sources of information, I believe the Muslim Brotherhood is now in the driver’s seat to determine the future of Egypt .

The American media, with the exception of FOX News, is presenting the Muslim Brotherhood as moderate and lovers of democracy. This is utter nonsense. This is the hysterical jabber of our State Department that once again has fumbled the ball in the Middle East .

Making a long story short; if the Egyptian drama works out like the Fall of the Shah in Iran in 1979 (and I think it will) there will be a person approved of the Muslim Brotherhood to become Egypt’s new leader. He will appear initially as a moderate and within a few weeks embrace Sharia which is the Islamic law that now governs Iran .

Result? America ‘s economic future will be determined by nations that hate us and call us the Great Satan.

What are you seeing happen in the Middle East prophetically? You are seeing the King of the South come together with lightning speed.

Egypt has an army of one million men armed with 1500 Abram Tanks which are America ‘s best. We sold them to Egypt along with hundreds of our latest and greatest fighter jets because Egypt was controlled by Mubarak who was America ‘s friend.

Can you imagine what Israel faces with Iran , Egypt , Syria , Turkey and Russia coming after them? The prophet Ezekiel clearly predicted this battle thousands of years ago and you are watching the players get into position with lightning speed.

Jesus said: “When you see these signs, lift up your head and rejoice. Your redemption draweth nigh.” Simply stated: The King is coming! Get ready! Planet earth is about to become the playground for the Anti-Christ and his New World Order. The church will be raptured before the Anti-Christ appears; and I believe he could be introduced in Europe at any time. Pray up! Pack up! We’re going up…and very soon. I’ll chat with you next week!

If a Pastor like Hagee can humble himself before hundreds of pre-trib rapture “experts” and launch a statement of this magnitude and it doesn’t utterly humble you in tears before your King Jesus Christ, then nothing will.

and most of all….

15 thoughts on “Pray Up! Pack Up! Hagee Warns of Rapture!”