Holy Holy Holy
So Much Strife, We forget our Jesus

Tribulation-Now is starting to get back on it’s “technological” feet again.  The Lord has been filling me with witness on information that needs to get published.  Part of the delay had to do with my discomfort on how the new web site software works.  So Glory to God we will have to endure a few mistakes here and there for awhile.  That’s okay.

We shall “overcome” Amen?

As you might imagine, the “alien-demon-UFO” information keeps coming in as fast as ever.  In fact some of the most alarming tidbits have to do with new discoveries on the Akhenaten Hieroglyph.  Evidently the thing is loaded with more hidden (occult) images that are pretty horrible when you “connect the dots”.  Jonathan was pretty creeped out when the Lord showed him the images and what they meant.   These were discussed in earlier articles.  Read on in Jesus name.

As I’ve said many times … I DON’T want to be here!  It’s going to be REALLY BAD.

We have reached a point in time where our media has surpassed the abominations prior to Noah’s time.  Not only are these abominations being practiced in the “depths of darkness” (DUMBs), and not only did they hide the images in the hieroglyph, but now they parade them in front of our faces.

They MOCK us.  They mock the Lamb of God.

Remember these words … “As a man thinketh, so is he“.  The words that come out of your mouth have power.  That power either reinforces the side of darkness or the Kingdom of Heaven.  That which we bind on earth is also bound in heaven.

There is far more power in the unseen, than there is in the “seen”.  Sadly, by the time most of us learn that …

It Will be too Late

Status on Other “Stuff”

Our new web “master” Greg, is hard at work fixing all the issues on the new web site www.tribulation-now.org.  The old web site’s name (www.tribulation-now.com) is currently being moved to a new DNS provider.  Authenticating my ownership of that name was quite time consuming and challenging but it may have been completed.  Sadly when we ported over the content, many of the embedded web links broke.  But Greg is working on it hard in the background.  We understand how important it is that we are able to easily link you to related articles from other posts.

And we believe most of them are fixed at this time.

We are also taking some of your awesome “behind the scenes” gifts and feeding the poor, and preparing to advertise on web sites like God Like Productions (GLP) … stay tuned.

Praise God for His unbelievable mercy.  I got more than I bargained for with this new job.  I am finally getting used to the travel a “little bit” so things are getting better as far as having the energy and the time to get information out to you.

This is God’s Movie

Also, since the “google-goblins” took the old site down for three days, and there were another several long days bringing up the new site to a usable state, we have lost quite a bit of traffic.  Much of it has recovered as of late.  But this is all okay, because this is God’s movie, and if He wants the site traffic to grow again then it will … period.

Rev 4:11
Thou art worthy, O Lord, to receive glory and honour and power: for thou hast created all things, and for thy pleasure they are and were created.
KJV

I just got off the phone with our webmaster Greg.  God Bless Him.  He turned many of our articles into an MP3 podcasts.  Amen.  And now, Glory to Jesus, we are now on iTunes thanks to his God given gifts.  GLORY.

We spoke about the “threat-terrain”.   The threat-terrain is that which most threatens our ability to bring our fellow brother’s in Christ Jesus … home with us.

To apply the principle of the “threat-terrain” to our mission for the Kingdom of God, we must look at that which most threatens our ability to succeed, and focus our energy on mitigating that threat.  For example, if you are at war and you know a missile is heading straight at your camp, do you tell everyone to come and eat dinner?  Of course not.  You rush to safety and get everyone out of the way of the missile.  Right?

Similary when you look at the threats to the mission of God, you should apply the same common sense.  Is Obama’s Birth Certificate a threat to the Kingdom of God?  Similarly is the financial collapse all that important?  The Bible says it will happen.  Fight on if you wish.

I fight to save souls for …
Jesus Christ our King

While I realize it makes for an interesting story and I agree it’s a bad thing that these things are  happening, in the grand scheme of things it really doesn’t make a hill of beans.  The government of the USoA has been controlled by the forces of evil, pretty much, from its inception as “The Virgina Company”.   Even more-so in the last 60 years.  The “shape-shifting” reptiles are not going to let the American people choose their president.  They haven’t for decades and they won’t in 2012 … that is if we are here that long.

AND … It takes 10 to 20 years to manifeset symptoms from radiation fall out.  The real threat is famine from FEAR!

It’s the End of the Age

So when you study the threat-terrain, the imminent threats to the mission of Jesus Christ our King, they include such things as …

Come Hell or “high water” (pun intended), God is going to bring in the fullness of the “gentiles” in no matter what.  He WILL do whatever is required to put you “on your knees” before it’s too late.  And some will die before they realize God’s Glory.

The Biggest Threat of All

The “New Age” movement is arguably the BIGGEST threat of all since it incorporates “all of the above” into the BEST forgery of God’s Kingdom that has ever been perpetuated.

At the risk of being called nasty names, as I have so many times in the past, I will attempt to tackle an article (or series of them) that help people get their arms around “How the Heavenly Office” works and how CLOSE the New Age forgery is to it.

The problem here is that the New Age paradigm has created a forgery of God’s Kingdom on such a close level that it is hard to tell the difference.  But if you try to help others understand how God’s Heavenly Office actually works, people say things like “He’s new age!” or “He’s “OF THE DEVIL”!

This is NOT TRUE.
Lucifer is A FORGER

It’s absolutely mind-bending to me that Christian-esque people have such unbelievably closed minds.  Supposedly we all agree that Lucifer is the greatest forger of God’s creation that ever existed.  However when we look at Lucifer’s greatest forgery thus far, (the New Age Federation of Light stuff), we simply don’t “get it”.

Instead of wondering just how much they might have correct, we “wave it off” and say they are crazy.  How can an intelligent person do that?  Remember … again I remind you … Lucifer is the GREATEST forger of God’s creation.  The BEST way to “trick” the “elect” into turning away from God is to create a forgery that is so close to the real thing, it actually succeeds.

And it is succeeding.

Its OUR job to put an END TO THAT.

On that note, I will leave you with this wonderful praise song.  It’s one of those that makes your spirit soar into the Heavens.

Here are the Lyrics.

Worthy is the,
Lamb who was slain
Holy, Holy, is He
Sing a new song, to Him who sits On
Heaven’s Mercy Seat

Holy, Holy, Holy
Is the Lord God Almighty
Who was, and is, and is to come
With all creation I sing:
Praise to the King of Kings!
You are my everything,
And I will adore You…!

Clothed in rainbows, of living color
Flashes of lightning, rolls of thunder
Blessing and honor, strength and
Glory and power be
To You the Only Wise King,

Holy, Holy, Holy
Is the Lord God Almighty
Who was, and is, and is to come, yeah
With all creation I sing:
Praise to the King of Kings!
You are my everything,
And – I – will – adore You!

Filled with wonder,
Awestruck wonder
At the mention of Your Name
Jesus, Your Name is Power
Breath, and Living Water
Such a marvelous mystery

Holy, Holy, Holy
Is the Lord God Almighty
Who was, and is, and is to come,
With all creation I sing:
Praise to the King of Kings!
You are my everything,
And – I – will – adore YOU…

Majesty, awestruck Honor
And Power and Strength and Dominion
To You Lord,
To the King, to King
To the King of Glory

We need to be reminded of HIS GLORY.

I wrote this article as a draft a number of weeks ago.  I am in tears as I listen to this song and publish this.

How quickly we forget God’s Glory.

Just for a little while, forget about the fight.  And please remember the awesome GLORY of our KING JESUS.

0 400
Is Pre-Trib Rapture Part of the Great Delusion? 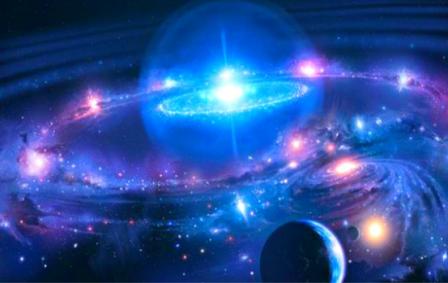 0 1085
Preparing for the Outbound Departure