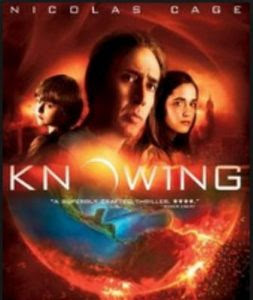 What Do “They” Know

What “Should” WE Know

I recently received a confidential briefing on the impact and causation of so-called “Climate Change” from a very reliable source.  The briefing included a relatively comprehensive portfolio of changes taking 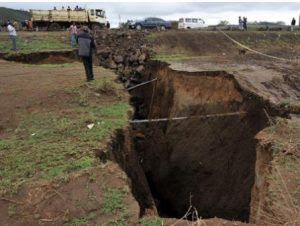 place in our solar system, from our Sun’s heliosphere to the Earth’s “core rotation” and the impact on global catastrophic events (e,g., tsunamis, earthquakes, volcanoes, and huge cracks in the tectonic plates etc.
Acts 2:19
I will show wonders in heaven above
And sign

s in the earth beneath:
Blood and fire and vapor of smoke.
NKJV
The ONLY thing that can cause all those anomalies is a “rogue planet” (or binary star system), otherwise known as Planet X or Nibiru (Tyche or Nemesis).
Anomalous Orbit of the Moon
Cornell University – Anomalous Orbit of the Moon
LUCIFER Vatican Telescope on Mount Graham
Prior folks investigating the Mount Graham operation didn’t dig deep enough.  There’s far more to the story.
SEE: https://www.popsci.com/science/article/2010-04/devil-named-telescope-helps-astronomers-see-through-darkness
The Effects of a Rogue Planet:
The “Weather Channel” did a series in 2013 entitled “Forecasting 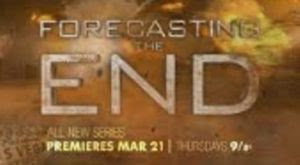 the End” with a segment entitled “The Effects of a Rogue Planet”.  We are actually experiencing those earth changes today.
The Sarah Menet Vision of 1979
In 1979, Sarah Menet was given a vision from the Lord of how the end-times would unfold.  This is a quote from her book:

Next I saw a mighty wind come upon wind come upon the earth. As the wind hit, I saw people go into caves and into the cracks of rocks to try to escape its fury. It appeared to be stronger than any hurricane or tornado. It seemed that everything that had been left was now blown away.I understood, without asking, that the great worldwide earthquake and the mighty wind were somehow caused by a huge planet-like object, that had come very close to the earth and had disrupted everything. It was also made clear to me that it was very near the “end” when this happened. 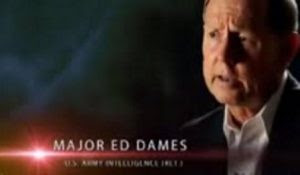 Interesting that the Ed dames “Kill Shot” video  (remote viewing) warns about this exact series of events happening.  Sarah Menet sees the fireball coming toward the earth in her vision as well.
BIBLE:

Rev 8:7
7 The first angel sounded: And hail and fire followed, mingled with blood, and they were thrown to the earth. And a third of the trees were burned up, and all green grass was burned up.
NKJV

Sarah Menet Vision:
Now my perspective changed: I once again viewed the entire earth from a distance. I then saw a huge fireball, much larger than the earth, approaching our planet. It was extremely bright red and gold in color, and it engulfed the whole earth. When I witnessed this event I could not help but feel the difference between it and everything else that had occurred, and so I asked what this was that I saw. I was impressed that it was the burning of the earth that is described in the Bible.
MOVIE:
The movie “Knowing” with Nicolas Cage also captures this event.

Today’s Arizona Photo of Planet X
And to cap it all off PRAISE JESUS
THIS PICTURE was “just taken today” in Arizona near Mount Graham.  No wonder the Vatican placed their telescope with the LUCIFER attachment there. 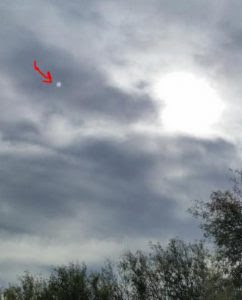 John
—————————-
We are fishers of men.  Fishermen don’t bang gongs and scream to catch fish. They “wisely” bait their hooks and capture the imagination of the fish.
“The only thing that interferes with my learning God’s will and hearing His voice, is my education”
“[A]bout the time of the end, in all probability, a body of men will be raised up, who will turn their attention to the prophecies, and insist upon their literal interpretation in the midst of much clamor and opposition.[65]”

“Humility is perfect quietness of heart. It is to expect nothing, to wonder at nothing that is done to me, to feel nothing done against me. It is to be at rest when nobody praises me, and when I am blamed or despised. It is to have a blessed home in the Lord, where I can go in and shut the door, and kneel to my Father in secret, and am at peace as in a deep sea of calmness, when all around and above is trouble.”
― Andrew Murray
Luke 8:17-18
For nothing is secret that will not be revealed, nor anything hidden that will not be known and come to light.  18 Therefore take heed how you hear. For whoever has, to him more will be given; and whoever does not have, even what he seems to have will be taken from him.”
Luke 12:47-48
And that servant who knew his master’s will, and did not prepare himself [through obedience, repentance and holiness] or do according to his will, shall bebeaten with many stripes.  48 But he who did not know, yet committed things deserving of stripes, shall be beaten with few. For everyone to whom much is given, from him much will be required; and to whom much has been committed, of him they will ask the more.
1 Corinthians 2:9-12
9 But as it is written, Eye hath not seen, nor ear heard, neither have entered into the heart of man, the things which God hath prepared for them that love him.
Eph 5:27
(…)that He might present her to Himself a glorious church [“Bride”], not having spot or wrinkle or any such thing, but that she should be holy and without blemish.
Ps 66:18
18 If I regard iniquity in my heart,
The Lord willnot hear.
Mathew 6:25
Therefore I say unto you, Take no thought for your life, what ye shall eat, or what ye shall drink; nor yet for your body, what ye shall put on. Is not the life more than meat, and the body than raiment?
Matthew 16:25
For whosoever will save his life shall lose it: and whosoever will lose his life for my sake shall find it.  For what is a man profited, if he shall gain the whole world, and lose his own soul? or what shall a man give in exchange for his soul?
Attachments area