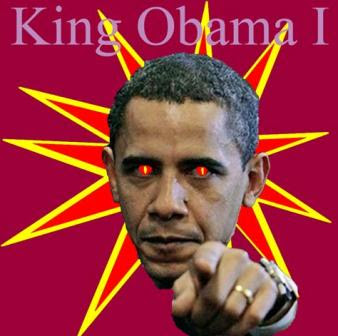 Wrong link!
(Here is the Right Link)
http://www.youtube.com/watch?v=sgHUZXgNAWo
COMMENTARY:
Here is the updated link. This is not the first time I have heard this Hebrew word connection to the name Barack Obama, and it remains most interesting. Hidden references in the Bible is an ongoing fascination. Some may draw a fast conclusion as a result. Personally I am “withholding adjudication”.
However before a Christian latches on to any “prophecy” or hidden reference etc., there is a Luciferian practice with which he or she must become familiar. That practice is known as FORGERY. Lucifer’s minions and power-brokers are at work today stitching together some of the most fantastic deceptions we will ever see in our life times. An example is the deception of the Merovingian Bloodline and a FORGERY of Jesus Christ. This LIE is made famous by the DaVinci Code and Angels and Demons. Another fabulous example of Luciferian forgery (and there are many of them), is Chernobyl. It is my belief (not everyone’s), that just because “Chernobyl” (in Russian) means “Wormwood” and the water supplies were poisoned does not mean we can check the “prophecy fulfilled” box. There is no mistake that coincidentally there was a major meltdown that coincidentally poisoned the water supply, however. This is history. But as you will see below, this interpretation is not a perfect match of the Bible’s prediction.
Revelation 8:11 (Show Revelation 8)

The name of the star is Wormwood. A third of the waters became wormwood, and many people died from the water, because it had been made bitter.

Now I admit since I have studied the ENEMY so much that I am perpetually paranoid and highly suspicious. They are crafty diabolical blood drinking (explitive omitted)… That being said, I have started to take more of the various WORDs in each of the verses a bit more literally. So if we back up and take a second look at the entire prophecy more detail is revealed.
Revelation 8:10
10 The third angel blew his trumpet, and k a great star fell from heaven, blazing like a torch, and it fell on a third of the rivers and on l the springs of water. 11 The name of the star is Wormwood. [2] A third of the waters m became wormwood, and many people died from the water, n because it had been made bitter.
So as you see here, the WORD is pretty clear about a “great star” falling “from heaven”. In this case I have to lean hard toward the litteral detail of the WORD and not allow any wiggle room. WHY? Well because Lucifer’s demonically possessed world leadership FORGES events ON PURPOSE! It would be NOTHING for the Rothschild sponsors of Marxism to intentionally name their Power Plant “Chernobyl” (which they obviously did… hmmm) and then cause the same Power Plant to poison the waters. This is what Lucifer’s army is very good at. FORGERY.
This forgery will become very evident now and in the near future as the Great Deception unravels.
Am I certain that B.O. (Barack Obama, or Body Odor – what shall it be, hmmm.) is not the Antichrist? No, how could I be? But I will tell you that I am currently researching information that indicates the real AC is likely going to come out of Royal Bloodlines (but I am not ready to defend this premature belief as yet). Barack (Body Odor) Obama is a patsy. A puppet-boy. He would be a great lure for yet another forgery.
An therein lies my .02
God Bless and Thanks very Much for that Input
VALID AND TROUBLING!!
PS: This commentary is not intended to be PROPHETIC in any way. It is strictly the opinion of a researcher. Therefore, if incorrect, I cannot be accused of being a false prophet since it was never intended to be anything but analysis and discussion. So put your index finger back in your pocket! Praise the Lord I expect to be wrong A LOT!
Sent: Monday, August 03, 2009 12:05 PM

Fw: DID JESUS GIVE US THE NAME OF THE ANTICHRIST?

0 763
The MEROVINGIAN Dynasty – Bloodline of the AntiChrist!! – Must READ

3 thoughts on “DID JESUS GIVE US THE NAME OF THE ANTICHRIST? [updated]”