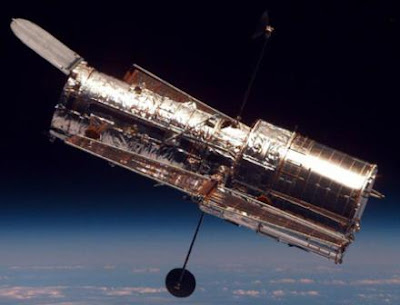 For your intrigue and suspense I have included this link below. It is from a Vatican Priest that works in the Black Ops Intelligence Group for the Vatican. Remember the Vatican is a government city-state that is heavily involved in global policy and direction. They are the spiritual arm of the 3 cities of power, (UK = finance, Washington DC = military, and Vatican = Spiritual).
Maybe you read this and you think it’s made up bologna? Fair enough. I do admit I struggle with why anyone would bother to make such claims as it would profit them none.
QUID BONO??
Wormwood you say?
Let’s get reading. Hmmm.
http://www.bibliotecapleyades.net/halebopp/esp_halebopp6.htm

I have listened to your program off and on for around two years
now, whenever I get “down-time”. I have some disturbing information and I
fell that your program would be the perfect vehicle with which to
distribute what I have.

I have been under the employ of the Vatican for over five years.
I have done what could best be described as counter-intelligence work, for
the church. I am a man of God and please believe me when I tell you that
the information I have is genuine, and very serious.

Without going into too much detail about my former employers, I
will briefly tell you that I have had a Top Level security clearance in
the Vatican for quite some time. Most of the work I have done regrettably
falls into the realm of “black-ops”, and I will not go into detail about
that now.

Around six months ago, I was working at a data terminal in a
highly restricted area following a case that I had just completed, when I
stumbled onto something that nearly made my heart stop. Please pay
attention here, this is where it gets strange.

I uncovered a heavily encrypted sub-system that was surprisingly
well hidden. I found that it was only accessible through the terminal I
was at, and one other terminal. (I must point out that the area I was in
was not an area that I routinely used.) After two minute of trying to
get into the system, the whole lab shut itself down and I was booted off
the terminal. Not wanting to raise any eyebrows, I decided to leave and
come back later that night. The strange thing was, when I came back,
there were ARMED guards standing sentry outside of the lab. I must say
that it is not unusual to see guards roaming the Vatican, but it is very
unusual for them to stand sentry at a lab, much less while armed.

Over the next month, I managed to slip in unnoticed only once.
And after I had found what I came for, I understood the security.

It took me a good deal of time to break into the system, and when
I did, I wished I hadn’t. When I entered the system, I came across a file
titled “WORMWOOD?”.(Yes, with a question mark.) Thinking it to be a text
file, I brought up the file with the intent of coping so I could read it
later. What happened next was truly remarkable. The file sort of
“deteriorated” into a series of command lines that lasted approximately
two minutes. Once it was done running, there it was.

I had found a direct link-up to the Hubble space telescope. Not
only that, but it was pointed directly at the comet Hale-Bopp. The
program was running some kind of analysis. Taking directional notes,
projecting path of travel, etc. After realizing what I had discovered, I
started searching and came across an e-mail data trail that led directly
to the office of the Pope himself. What was discussed, I cannot know.

Over the next two weeks, I began to uncover evidence that the
Vatican is very aware of the existence of the companion, and is VERY
worried about it. I began to copy files and pictures that were present at
the terminal, when I found a report from the United Nations to the
Vatican, as well as a report from NASA regarding their concerns.

It is very obvious to me that a great many people and entities
know of the companion and are doing their best to keep quiet. VERY quiet.
As the next part of my story illustrates.

I had found another file that I wanted to look at, but it was
independently encrypted. At the time that I discovered it, I had already
been online at the terminal for some time, so I decided to copy the file
encrypted, and decode it at my leisure. As I was leaving the lab, I was
approached by two of the Pope’s top aides and was asked to meet them
later in the evening. I didn’t feel comfortable about the situation, so I
agreed and told them that I needed to shower, and would join them later.
I haven’t been back to the Vatican since.

I found out about a week later through some old friends and
contacts that a contract had been placed on
my life. Two days later my mother and father were killed in a car crash in
France. Three days after that, my brother and sister were killed when
their single engine plane went down on the East coast of the U.S. I’ve
been on the run for a very long time now, and am still trying to decode
the file that I have in my possession. Approximately ten copies have been
distributed to friends in the field in the event that I should disappear.
I do not fear for my life, as I am very adept at not being found, however
I believe that the world needs to know of the information that I have. I
would be willing to share all that I have with you Mr. Bell. But you need
to understand that your life could be in danger if you were to go public
with what I give you. I apologize for being so vague, but I feel it
necessary at this point in time.

If you would like the information, say so over the air when you
get this letter. If I am not listening, someone will get the information
to me, as there is no safe way for you to contact me at this point in
time. I await your response.