Imagine
There’s Giants in the Land

A certain contributor to Tribulation-Now passed along the image shown in the center graphic above.  He also pointed out the surprising similarity to the image of the Pope shown on the left.  At the time my “imagination” took a hold of me because I was thinking about the “locusts” from the pit in Revelation 9.

I further found it rather fascinating that this imagery was supposedly of the “canals” on Mars, AND the professor who presented it was from the “Intel” community with his name being “Doctor Smith”.  Okay I know what you are thinking …. yeah right … “Lost in Space”.

This is not meant to be anything but an “imagination” provoking thought.

So what if the intention of the FEMA Camps is to “encage” humans in a reverse concept of the movie “District 9”?  After all “they” would have to contain us somehow … right?

Time to Graduate from Drinking Milk to Eating Meat

Perhaps it’s time for the Christian community to “wake up” and realize we have the FORCE of the Holy Spirit on our side.  I find it utterly remarkable that Pastor Andrew Wommack used a similar “metaphore” in a large Presbyterian church and felt compelled to apologize for DARING to bring “science fiction” into his description of what “sprituality” was like.

Is it possible that the POWER of the “Holy Spirit” of GOD is a type of FORCE?

Is it possible this FORCE is going to be used against the enemy during this forthcoming onslaught?

IMAGINE
BE BLESSED IN JESUS NAME 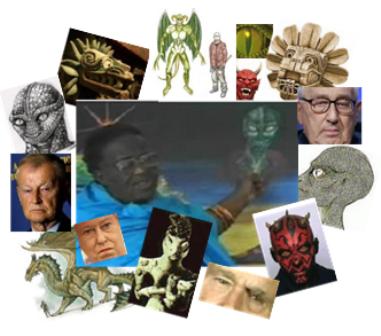 5 thoughts on “District 9 in Reverse”